Gareth went and saw Sertraline, Emerald Overload and Buzzards of Babylon in Edinburgh. Read what he thought here… 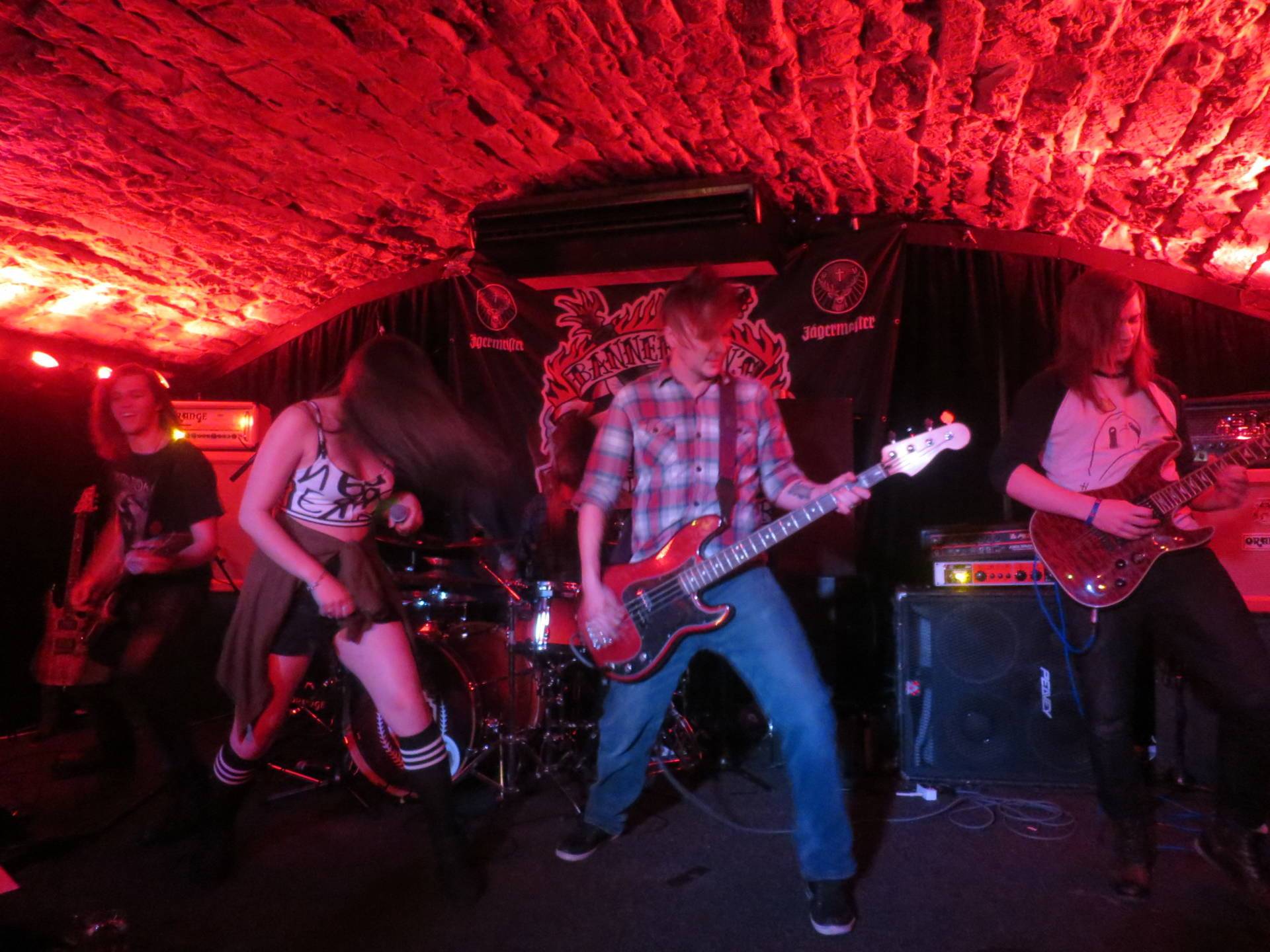 On another trip to Edinburgh, tonight saw me head to a rock show, this time at the Bannermans.

Opening tonight’s gig was Emerald Overload, a two-piece rock band. Their second song was more funky for sure but If you have read any of my other reviews you know I have a little issue with two piece bands live as you can hear all their mistakes. Tonight that was not the case. If there was any mistakes I didn’t hear them and this wasn’t due to them playing basic tunes because a lot of what they did was complicated. Their guitarists used emulating pedals and even channeled Jimmy at one point. Their drummer has perfect timing and I am sure I have seen him before (turns out he filled in for a band I had seen when the drummer was in hospital). There was a blues vibe thoughout their sound. The drummer took on most of the vocals and they made jokes about how they use to be a three piece but kicked their bassist out.

Up next were Buzzards of Babylon, an old school heavy rock band mixed with old school heavy metal. They had a  very tight set and were well practiced. The look like giants on stage as their guitars (except for the bass) seemed too small for them, the singer’s voice is a dead match for Iron Maiden’s Bruce Dickinson and his knuckle duster; ‘Mike’ is a nice piece of stage dressing. They brought the whole package, riffs, hooks, heavy drums (which I love), there is nothing about their performance I can fault and I will definitely be going to see them again. Their was a Scissors Fight cover which they admitted to being a cover as the sound engineer had toured with Scissor Fight. This did make me wonder how many of their other song were obscure covers. If I had to criticize there was no flare that I could see, it seemed too well rehearsed. But In their own words you will take three things from their set. VIKINGS, PIRATES, MONKEYS!!

Headlining tonight were Sertraline. This female fronted rock band are a joy to see live. They provide a great frenzied sound that leaves you wanting more, there is a real kick to their bass line that just gets me, every time. With Lizzie’s powerful vocals, she can enchant you until the band decide to hit you in the gut with Mike’s screamo vocals, a contrast style that most dual vocal bands are trying to hit but not quite as Sertraline . Their are some very heavy guitar sections, all that have some excellent guitar riffs (…even a bass riff!). These guys just have that feel that makes the hairs on the back of your neck stand on end. For a band that has only be going for a year their stage presence is one that is more what you would expect from a veteran band that had been touring for ten or more years. In their set they do a great metal cover of Pink’s ‘Get The Party Started‘ but, to get a real ideal of their sound go and listen to ‘Dead Set’ and  ‘Set the World Alight‘.