For this gig I headed over to Edinburgh and It was good to see that during the sound check all the bands were getting along, including the local support, showing that the scene and band community is alive and well. 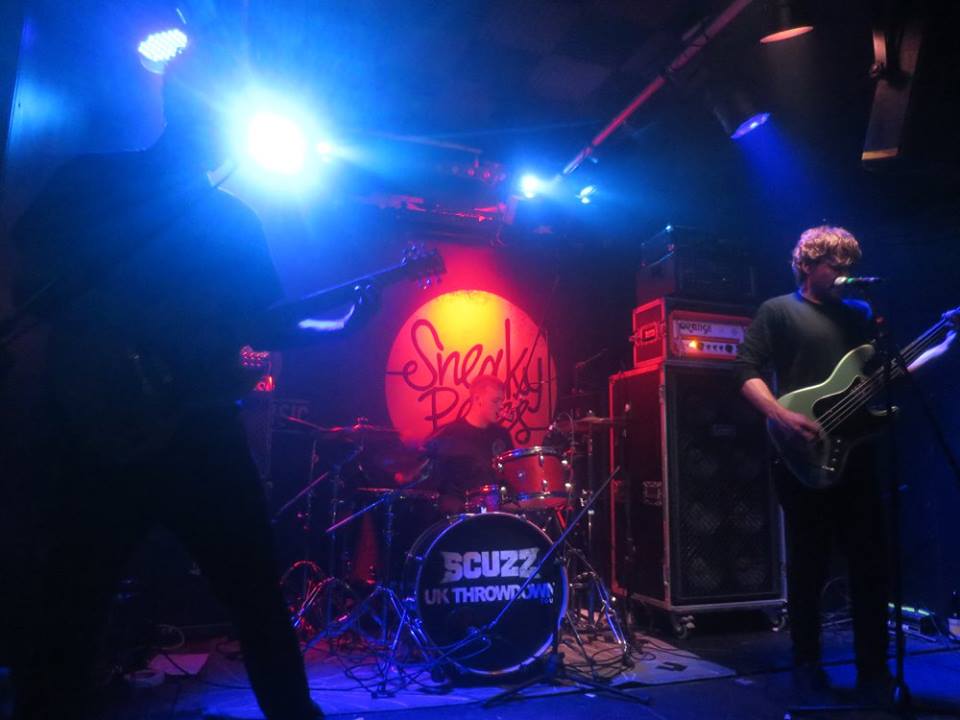 For this gig I headed over to Edinburgh and It was good to see that during the sound check all the bands were getting along, including the local support, showing that the scene and band community is alive and well.

To start the night was Halo Tora and what a perfect opening act for the Scuzz Tour. Their dulcet tones and their great guitars play is something you really would expect from them if you have heard any of their studio releases. Add in the electronic-flavour in the from of the keyboard and altogether you have a bunch of guys who are fermenting nicely into a really solid outfit. Keep your eyes out for these guys.
(7/10)

First up from the bands who were on the rotating headliner tour was Max Raptor. As they started their set Will was absent from stage but, suddenly appeared in a flurry from the crowd to grab the mic and jump back off stage into the crowd, complete with anger and purpose. The pure energy and the aggression he showed throughout the set showed they were not their to hold your hand but, to take you along for a (very bumpy!) ride. Their set is best seen from the front row and if you are lucky you can mosh with them when they jump off stage. With their unrelenting beat and controlled chaos, Max Raptor are true advocates to a great show.
(9/10)

Up next were Press to Meco. They are one of those bands that possess three members who could be a lead singer in their own band, the vocal dexterity combines effortlessly to provide a very unique harmony. They had a mosh pit going throughout their set, well I say “mosh pit”, it was one of the most friendliest pits I have seen. The “hug pit” was something I have never seen before and not sure I would ever see again. The “hug pit” was only broken up when Luke called for a “Monkey pit” during Family Ties and the crowd jumped straight into it. Their sound is very hard to pin down as they seem to merge a bucket load of sounds from different genres to come up with a three headed hydra that is Luke, Adam and Lewis. Top stuff.
(9/10)

Headliners were the psychedelic grunge inspired Allusondrugs. Their depressing yet uplifting song were a good contrast to the bands that had gone before them. Having missed them play live before it was great to see them in action. Their old school sound is a real sight to behold live as they inject some much needed life into the 90s revival scene. Obvious comparisons can be made to some of their influences but this is a band is by no means stuck in the shadows. However,  following on from the other bands, their change in energy didn’t quite sit right in my head. They did leave me with an after thought of needing more but only to cheer myself up from what was a little to close to home hit at my real human feelings.  Now, the fact Allusondrugs hit me so hard emotionally is a testament to both their performance and songwriting especially after the pure energy from the three previous acts.
(8/10)