The Scenes and Beasts, The Buff Club, Glasgow

For today’s gig I headed over to the Buff Club Glasgow. It is one of those venues that you never forget when you go there as there is always a lingering smell of vomit in the upstairs venue…however, this odd inclusion was not a reflection of tonight’s performances… 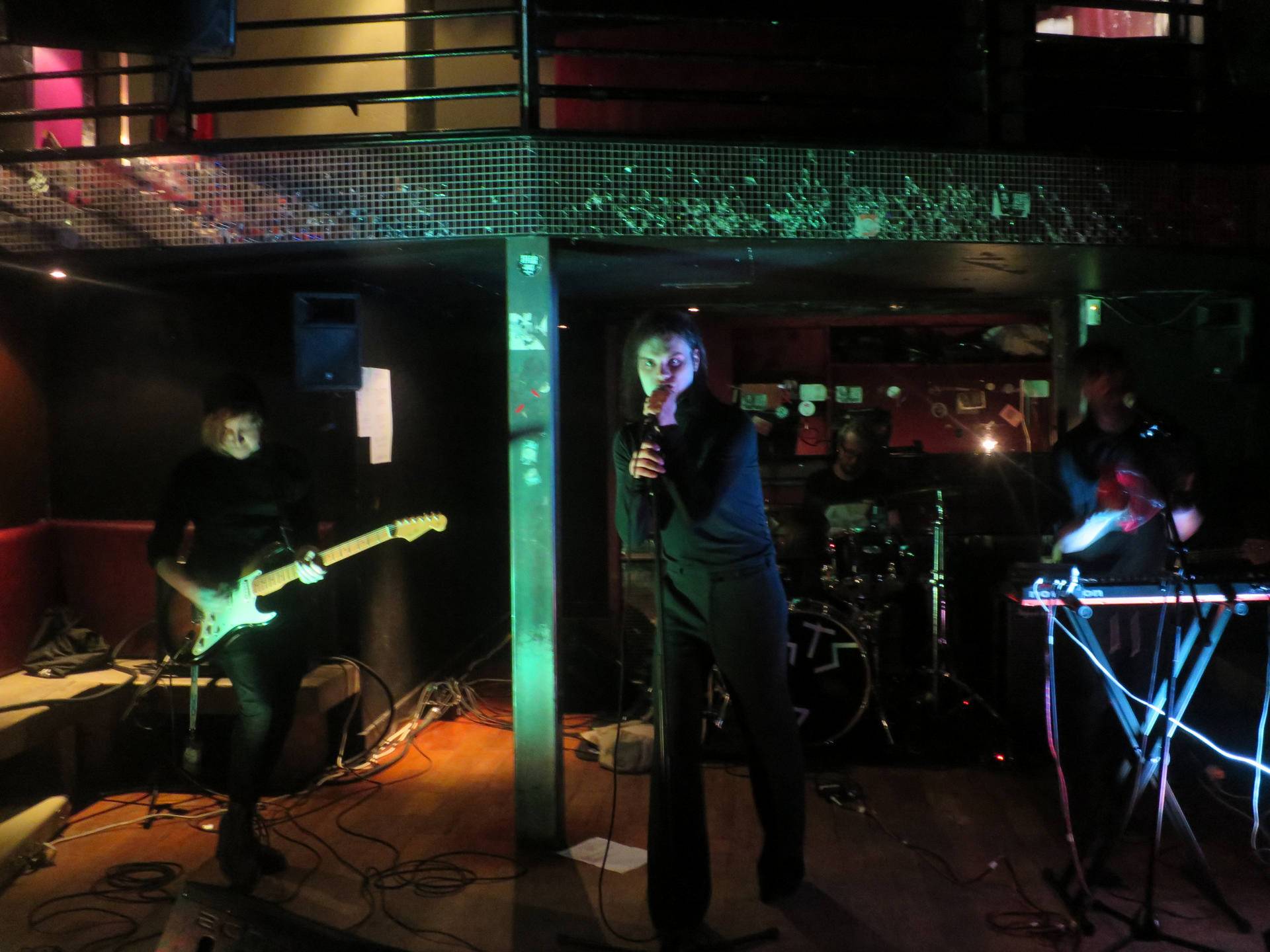 For today’s gig I headed over to the Buff Club Glasgow. It is one of those venues that you never forget when you go there as there is always a lingering smell of vomit in the upstairs venue…however, this odd inclusion was not a reflection of tonight’s performances…

Starting the night were Edinburgh’s Bronston. They played a nice style of indie funk with a psychedelic influence. This isn’t really my type of music but it had an alt-rock undertone that I enjoyed. In the middle of their set they did play what I can only describe as a lounge song, It was a bit out of place in the set but the set as a whole was good.
(7/10)

Up next were Beasts. I was really looking forward to seeing them play. However, singer Joe Mallory-Skinner had basically lost his voice so they played a shortened set. Despite this they still played for all the fans that had come out to see them. The three piece played some hard hitting rock and should be on any heavy rock fans radar. with Joe’s voice struggling throughout the set I was left wanting more. They did turn it up for ‘My Girl is a Serpent‘ and this was everything I wanted from them.
(7/10)

Headling the night was Finland’s own The Scenes. They played a sound that I would say is not my genre. It is somewhere between indie and experimental rock, with a good measure of electronica thrown in. I am not sure what to really make of their sound. There was some great guitar riffs that were almost metal-like  in sound and some admirable input from an electronic keyboard. Their singer Konsta Koivisto reminds me in looks and vocals of Gerard Way from early My Chemical Romance and Howlin’ Pelle Almqvist from The Hives. Go and listen to their song ‘Catch 22’ as it will bring all your feels out.
(7/10)