Fuel rock club in Cardiff was the venue for today’s venture. An awesome little place complete with a pool table in the main room and then a back room for live music. 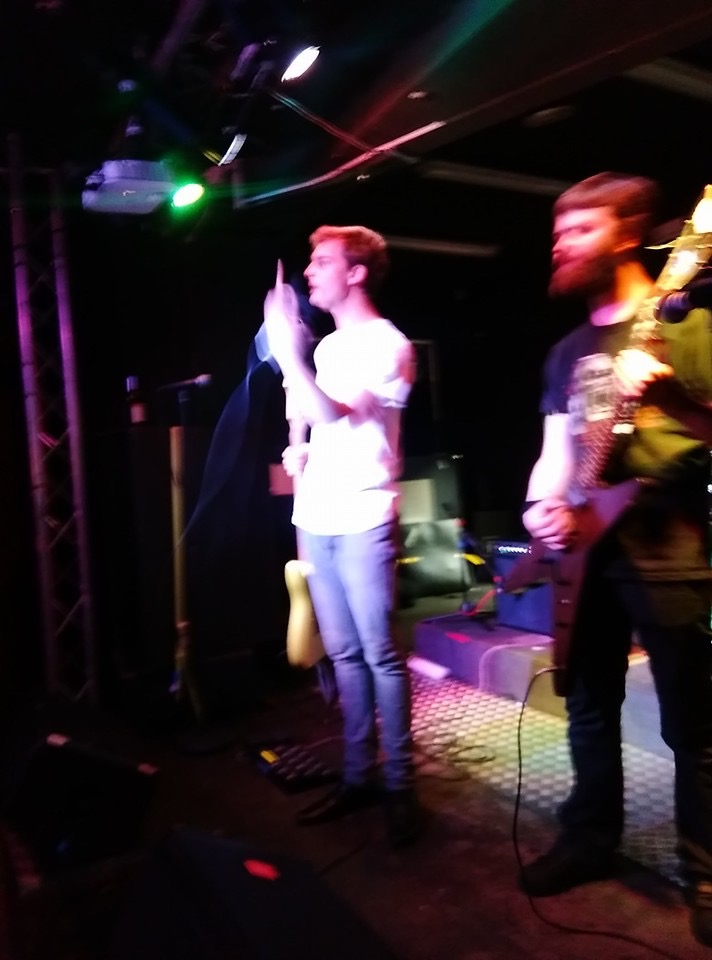 Fuel rock club in Cardiff was the venue for today’s venture. An awesome little place complete with a pool table in the main room and then a back room for live music.

First up was Illusions, a band who I hadn’t heard a lot of  but who’s energetic performance made me make a note to check them out! They really got the crowd going and included a crowd pleaser by covering one of Parkway Drive’s best tracks!

Up next was  Clear The Auditorium with Lucas Woodland from Fallimg With Style ‘trying to play guitar’ as he put it. He didn’t do too bad for a vocalist! And CTA’s overall performance was wicked! A band that I had heard the name of previously but since the show I have checked them out with their new track Dead Behind The Eyes a definite winner!

Closing the show was Valleys quintet Remember The Fallen. The post-hardcore group released the first track, Traitor, from their new EP on Sunday just gone and it was well received. Aside from problems with the mic during the opening track, the set was flawless and included a double rendition of Pantera’s Walk due to popular demand from the crowd to repeat it as an encore. Halfway through, vocalist Marek Ball halted proceedings to get the crowd to sing happy birthday as I decided that I was spending my birthday at their show. Their set included a couple of songs from the upcoming EP which give an indication that it is going to be a must-listen! As good as the band were on the Death By Dusco EP launch show, they surmounted themselves and put on an incredible performance that showed how talented each member is.

You can catch them down at Fuel on 22nd November alongside Dethias, Solace in Nightmares and The Dead Xiii. Tickets: https://thedeadxiii.bigcartel.com/gig-tickets