Chandni recently attended the prestigious Reading Festival. Upon her return, she compiled a summary of the best bands she saw during her weekend. Read what she thought here… 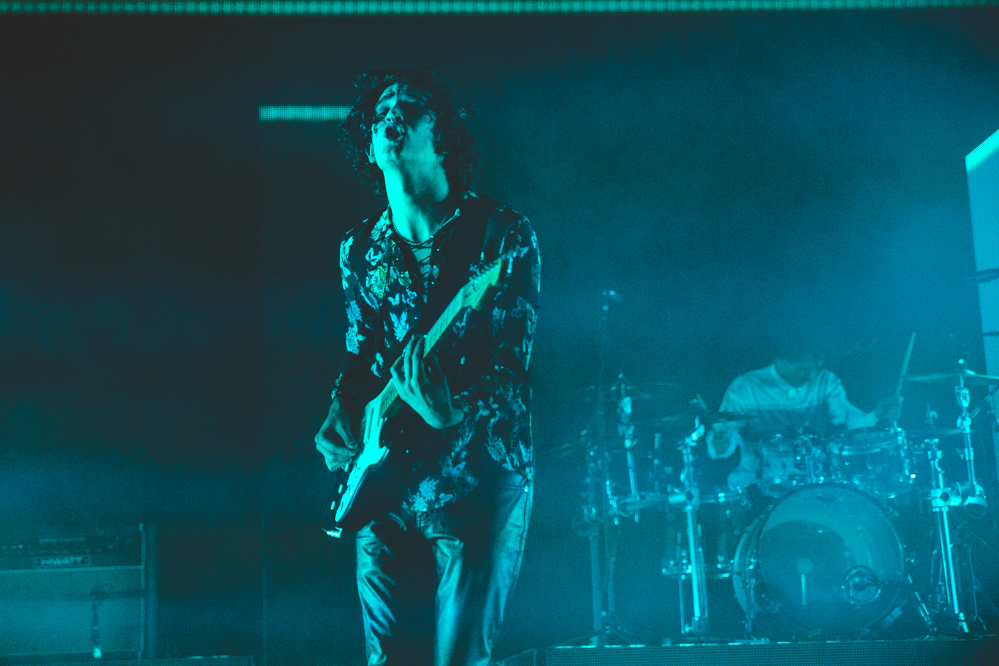 Creeper
This band could definitely have been on the Main stage. Their entire set was full of energy that went further than the edges of the Pit stage.

When they opened with VCR, there was a giant surge as everyone pushed forward, jumped violently, and screamed along to the lyrics (the creeper-cult were definitely in full swing here) and the band basically delivered an amazing performance from start to finish.

During ‘Astral Projection’ which is usually the stage-dive song, fans did what they could by crowd surfing to the front; and with the majority of the songs, especially ‘Misery’, the band didn’t need to sing because the crowd were so loud.

As per-usual, Will’s intense facial expressions with the intense emotional singing was on-point, as was the rest of the band’s performance. A highlight would have to be bassist Sean’s head-banging with his fringe flopping basically everywhere.

The penultimate performance prior to their ‘disappearance’, and an amazing way to go.

Unfortunately, their set was only around half an hour; but what a half-hour it was.

Twenty-one Pilots
Another band that could have played the Main stage – but this time mainly for safety reasons. As amazing as the gig was, there was always a little sense of impending doom as more people tried to cram their way into the NME tent. There was also the issue of Tyler being harassed by some of the crowd, which resulted in the set being cut short.

Their performance, however, was outstanding. Musically they were amazing as always, and the same goes for their relationship with the crowd. Hamster balls, flares, and strobes were used throughout to create a really unique performance.

They definitely got the crowd going and everyone where I was standing seemed to be having a great time. Highlights would be ‘Ride’ and ‘Heathens’, the songs where the crowd were most into it.

You Me At Six
Congratulations to Reading for choosing one of my favourite bands to play a secret set on the Pit stage.

Here, it honestly didn’t matter that a Main stage band was on the Pit stage, there wasn’t a horrific amount of pushing and lung-compressing, and everyone could actually breath well enough to sing along. The size of the tent also gave their set an intimate feel, which I enjoyed. Even circle-pit-inducing songs like ‘Bite My Tongue’ translated well to the tent, and everyone had an amazing time.

Red Hot Chili Peppers
This band’s set was hands down the highlight of my weekend. My. God.

An entire two hours of sheer power as the band played a whole host of old classics and new anthems – playing just as well as they always have despite the band (aside from Josh) being just past 50. The fact that their touring with the energetic Babymetal later this year isn’t an issue – their set was anything but boring.

The energy was insane as the crowd sang along to almost every word and riff, and there was almost never a quiet moment between tracks due to Flea’s insane bass playing. It is a wonder how he kept it up without slowing or stopping.

The Chilis crowd was basically endless, but no matter how far you were from the stage, the energy was still there and you still felt like you were a part of something pretty special. If you watch anything from Reading this year, please let it be the Chili’s set because it was nothing short of Magik.

State Champs
Contrary to what I’ve said about other bands in this article, I think the energy at State Champs would have been better contained on the Pit stage. Don’t get me wrong, they were great, but for the size of the crowd, a tent would maybe have been better suited.

Despite their set being a mere half hour, and not everyone there knowing who they were, and issues with the sound making Derek’s vocals quiet, and them being the first band on the Main stage that day; they put on a great show and made sure the crowd had fun. The ‘if you crowd surf we will throw you out’ rule was happily broken by multiple fans as they floated forward during ‘Remedy’ atop all the other fans happily moshing.

The Vaccines
The Vaccines are one of my favourite bands, I’ve seen them many, many times, and they’ve always impressed me. Their set at Reading was no exception.

With the departure of drummer Pete Robertson, the band had Spector’s Yoann Intoni standing in, and he did really well. The chemistry between the band members was still great and they looked genuinely really happy to be playing a festival they’d been going to for years.

They are a band where every single time I’ve seen them, they get the crowd going. Frontman Justin Young always makes an effort to keep interacting with the crowd, and songs like ‘If You Wanna’, and ‘Wreckin Bar’ really get the crowd going, despite recurring sound tech problems.

Unfortunately, they didn’t preview any of the new songs they’ve been working on – but with a set list full of fan favourites, who can complain?

The only downside was the people who arrived about halfway through the set and wouldn’t stop trying to get everyone to fall over, or tried to mosh to the most chilled-out indie songs imaginable.

The Wombats
After seeing them last year on the Festival Republic stage and barely fitting into the tent, they were up in the NME tent this year, but sadly the tent still was not big enough to house the (surprisingly, as Fall Out Boy were on at this time on the Main stage) large number of fans grooving to the techno-indie-jams.

They were extremely impressive and lively, just as they were last year. By the end of their set, it’s safe to say the whole crowd were regaining breath they lost jumping around to songs like ‘Techno Fan’ and ‘Let’s Dance to Joy Division’. The copious amounts of energy kept the tent warm despite it being the coldest night of the weekend.

The 1975
After seeing them earlier this year, I had high hopes and was not let down. Once again, the band put on a great show (despite Matty being completely out of it), and the crowd loved it.

Everything from the insane light shows to the mini gospel choir made their set something to remember. It felt like both a rave and an intimate jazz show at the same time, which is something pretty rare to find.

They favoured songs from their most recent album over their debut, which I didn’t think was a bad idea because every single song went down incredibly well.

With Matty promising to headline the Main stage when they next play the festival, I’m excited to see what this band does next.