Heading to the ABC O2 for this gig, I couldn’t wait to see PVRIS again. They had impressed me with their support slot on the Bring Me The Horizon tour and I could tell by the buzz of the crowd inside the venue that I wasn’t the only one who was excited to see PVRIS. 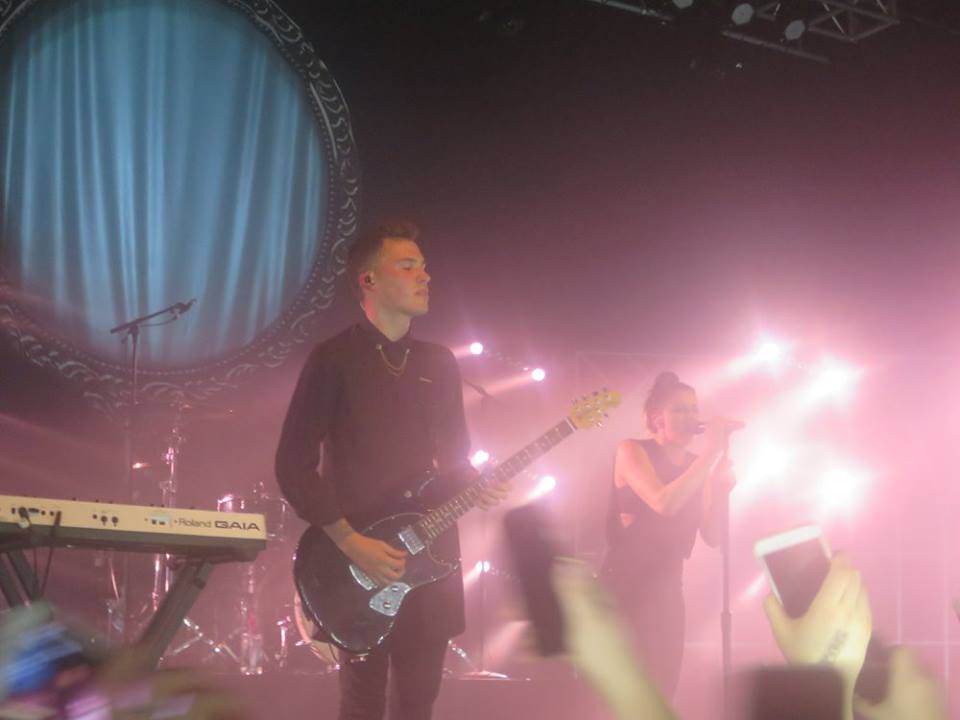 Heading to the ABC O2 for this gig, I couldn’t wait to see PVRIS again. They had impressed me with their support slot on the Bring Me The Horizon tour and I could tell by the buzz of the crowd inside the venue that I wasn’t the only one who was excited to see PVRIS.

Kicking off the proceedings were Alvarez Kings. They played a very melodic style and had a good lead vocalist. They had the added element of keyboard/synth that a lot of bands are now working back into their live performance rather than having a backing track. Their acoustic number ‘Sleepwalking‘ was a great crowd pleaser. I appreciated what they were trying to do with their set and if this was my type of  music I would sway along whilst shuffling my shoulders like most of the others in the front few rows.
(7/10)

Up next was K.Flay. This is an artist I didn’t know much about before tonight. The set opened strong with one of the best opening heavy drum beats I’ve heard for a long time, once it hit you, it was relentless and kept on going. Their was a great use of distortion on guitar but, the set could do with less backing track and maybe another live guitarist would have been better. But, the vocals of the lead singer was a great unique selling point. Being that she was America I wasn’t expecting a London hip-hop vibe but she was able to switch and spit out lyrics better that most. The lyrics were not the best I have heard from a rapper but, the vibe and skill saved her. She has this mannerism on stage that remind me of a London singer I saw in the early 00’s but can’t remember for the life of me who it was. I was pleasantly surprised with their performance.
(8/10)

Headlining the evening were PVRIS. They came out to a fanfare that is the Glasgow tradition of “Here we, here we, here we fucking go!” and the band jumped straight into the infectious beats of ‘Smoke‘. Without stopping for a breath they jumped into ‘Mirrors‘ and then ‘St Patrick‘. With a second to catch my breath at this point, I took some time to admire the stage set up with a backdrop of the stage emulating the mirror seen on the cover of ‘White Noise‘, impressively this changed reflection from song to song. The power of Lynn Gunn’s voice live is something to behold, she can make you feel like she is just singing to you, almost like a siren call but, is able to add some true grit to her vocals when needed to sound like a true rockstar. With heavy guitars and a drum beat that you can head bang to, they are really a great band. When you then add in the electronic elements of the synth to their sound, they are pushing you on every front and you can’t help but jump around and have a good time.  A trend that I am liking from touring American band right now is them asking fans to put their phones away for a song. Tonight Lynn asked for this and again phones went into pockets very sheepishly. I love this at a gig. it takes fans back to it just being about that moment, that moment between you and the band, a moment that you have to be there for to enjoy and feel. But when Lynn said the next song was going to be “Holy” the girls in front of me in the crowd said to one another “I need to record this“, Lynn did see them and in the best way possible called them out by pointing to them and changing the lyrics to “don’t think I don’t see that phone”. It’s a little sad that for one song people couldn’t put their phones down.  They ended their set with ‘Let Them In‘ and after the crowd screams “One more song!!!” and then the unrelenting “Here we, here we, here we fucking go!” PVRIS returned and gave us their latest single ‘You and I‘, which is more melodic than their other songs. They end the night on ‘My House‘ with Lynn ferociously screaming “WHO’S HOUSE?” and the Crowd replying “MY HOUSE!”, this song was a perfect end to the set with  everyone for one last time jumping around summoning what strength they had left for this.
(9/10)