PVMNTS with support from The Faim live at Clwb Ifor Bach, Cardiff

The Faim bring their impressive energy to Clwb Ifor Bach, getting the crowd truly fired up. There were more people in the crowd who were familiar with the quartet than the previous time we saw them, bringing a much better atmosphere from the crowd. Frontman Josh Raven had a bit of a nightmare with the […] 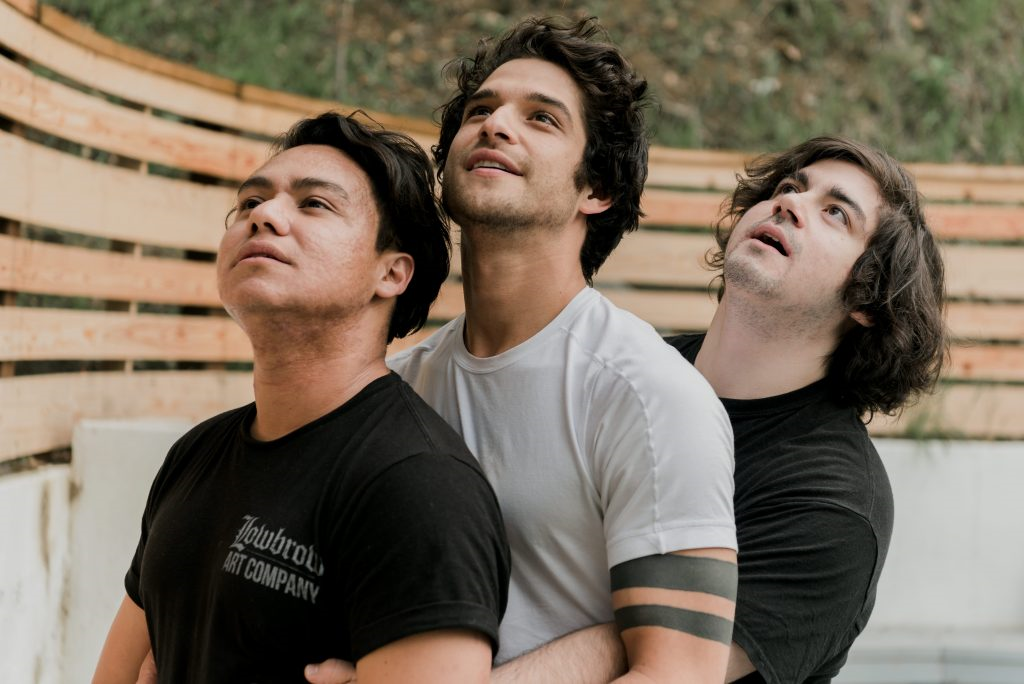 The Faim bring their impressive energy to Clwb Ifor Bach, getting the crowd truly fired up. There were more people in the crowd who were familiar with the quartet than the previous time we saw them, bringing a much better atmosphere from the crowd. Frontman Josh Raven had a bit of a nightmare with the equipment, losing his microphone after the opening track and his in-ears disconnecting from the pack a couple of times but he laughed it off and continued on like a pro. Josh gets down into the crowd for the goosebump inducing Where The River Runs. Drummer Sean Tighe goes nuts behind the kit and makes for an entertaining watch, while guitarist/bassist/vocalist Michael Bono and bassist/keys/vocalist Stephen Beerkens are full of energy. Each track is performed with precise emotions and heightens the atmosphere behind the set, whether it’s the mellow Where The River Runs and Make Believe or everyone jumping in unison through the more upbeat tracks like I Can Feel You, My Heart Needs To Breathe and Summer Is A Curse, not forgetting first single Saints Of The Sinners. A stage invasion is started by Josh pulling people on stage. Throughout the set the audience, some already fans, some hearing them for the first time, are enthralled by Josh’s vocals and showmanship, backed up by Michael and Stephen’s melodious harmonies. Just another show that proves this Australian quartet are going to b huge!

In all honesty, I didn’t know much about PVMNTS aside from the fact bassist/vocalist Tyler Posey is also in highly popular MTV series Teen Wolf but I am left more than impressed with what I witnessed. The jokes and between song chat further included the crowd in the set as well as what seemed to be the order of the night – a stage invasion. Despite only having one song out, there is a raft of original tracks in the hour long set and each goes down a storm! Vocalist/guitarist Freddy Ramirez and Tyler have insane vocals that combine together really well. The Californian pop-punks are energetic throughout the set. There’s a section where it’s just Tyler on stage for some solo acoustics and being joined by guest drummer Carlo Amendola, with Tyler quipping “Welcome back lads, we had some fun when you were gone” as Freddy and drummer Nick Guzman return to the stage. The Faim‘s Josh Raven joins the fray for a cover of Good Charlotte‘s The Anthem, getting everyone in the Slam Dunk spirit, including sharing a quick kiss with Tyler, before brother Jesse Posey joins the party. The encore sees the trio’s lone single Jumping Stairsets performed and we’re also teased about the release of an EP (“it may be next month or it may be next year” quips Tyler, before Freddy gives a more pleasing announcement of “the EP dropping in June”).

In all, the night is a great showcase of two of the hottest up and coming bands from outside of the UK and a good warm-up for the weekend’s Slam Dunk festival. Both these bands should be on your list of ones to watch as they will be big.