‘Bitter Pill’ is a slow burner and is a great introduction to Pryti as an artist. 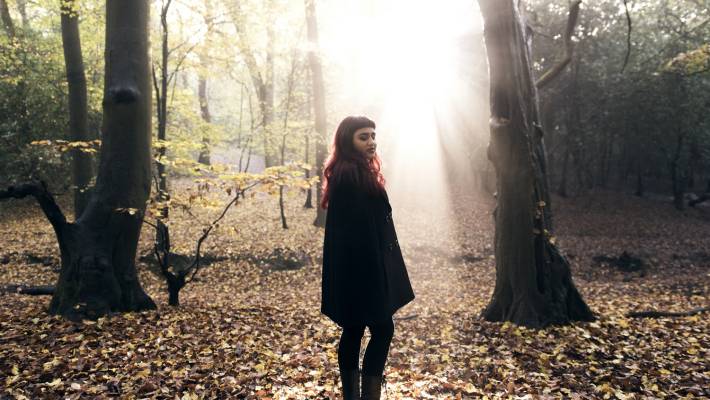 With the release of Pryti debut album ‘Tales of a Melanchoic’ we see the release of ‘Bitter Pill’ taken from said album. Released via Pryti’s own label ‘Welcome to Pariahville.’ The album’s received many accolades, from the likes of Radio Kerrang, where her songs have been played by the likes of Johnny Doom and Alex Baker.

This UK Singer song writer from Birmingham, performs all instruments within this track and ‘Tales of a Melancholic’ her debut album.

Now, sit back, relax as on the 8th April ‘Bitter Pill’ will be released and we here at Alt Corner have had a listen.

Pryti’s vocals hold this song together with varied vocal skills mixed with the tense stoner like guitar and drum beat. There’s a huge dollop of influence from the Deftones and vocal style of Chino Moreno.

The doom fuelled track has the ability to help you drift off into times that you may want to forget. It isn’t the same as going to a regression class, but Pryti has the ability with her vocal skills and the echoed guitar playing to have those moments of recognition.

The song is a slow burner, it needs a few listens to get the feel for what Pryti is trying to achieve. As a Deftones fan, I’ve had the pleasure of seeing them live back in the 90’s. It’s great that musicians such as Pryti hold close to what Deftones have done for music. The fact they influence her is wonderful and even better is Pryti isn’t trying to be a cover band, where many fall into that well and can never get out.

‘Bitter Pill’ is a slow burner and is a great introduction to Pryti as an artist.