Press To Meco, Twin Heart, Sea of Crowns and A Sudden Burst of Colour @ Audio, Glasgow 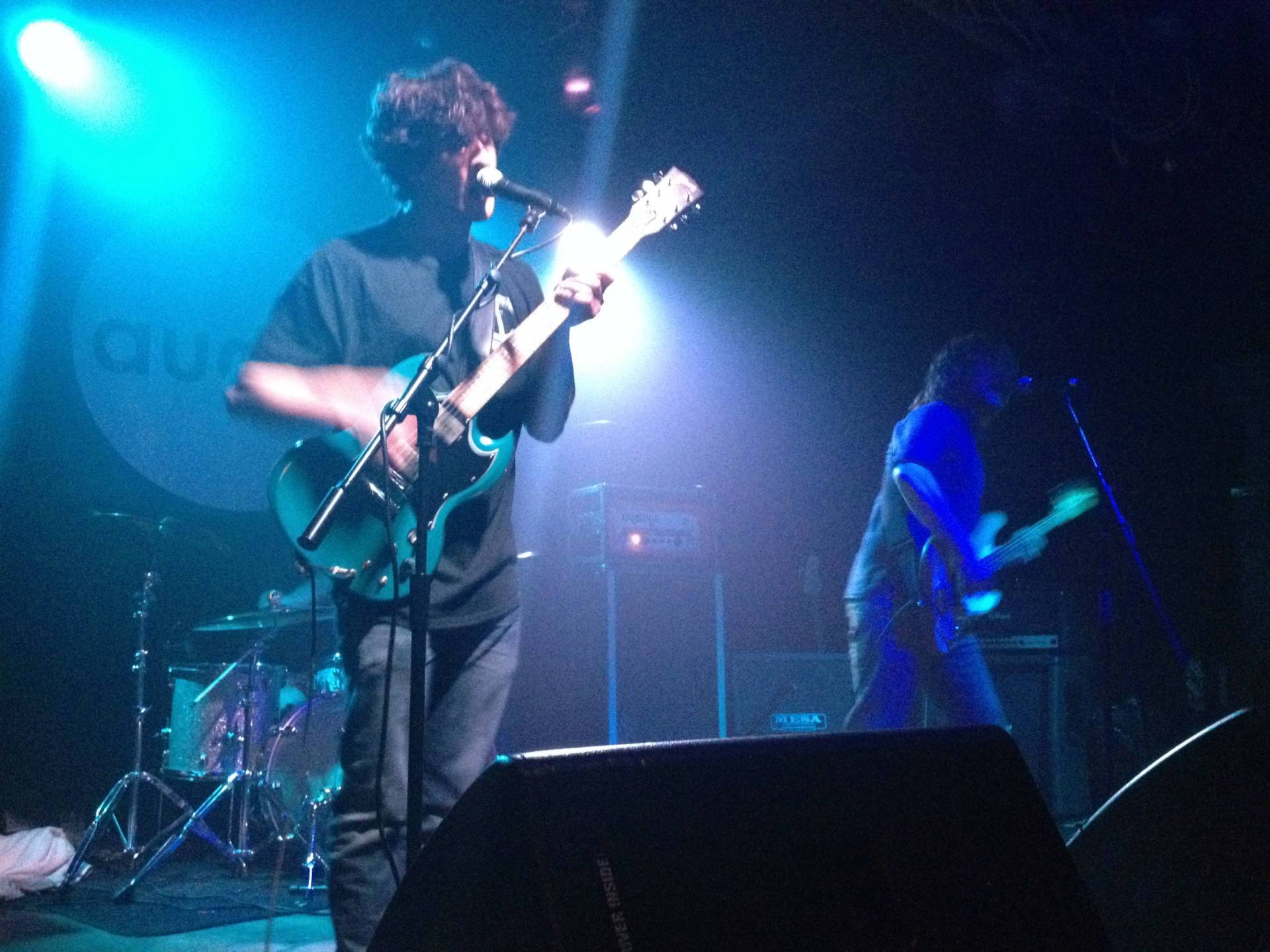 The Venue:
A great little venue with a good feel. It’s 100-150 capacity. The toilets have been done up and are clean and presentably better than most venues. A can of red strip will put you back £3.50 or a can of carlsberg £2.50 they don’t have draft beer. The thing that lets the place down is the sound system, it has seen better days and if you go to a gig here stand by the bar as this is where the best sound can be found.

Twin Heart
Alternative female front three piece band. With brilliant lyrics, but at this venue wasn’t able to hear much of them. A nice heavy guitar tunes with a deep drum beat. For there last song of there set (Speak to Me) they start the song with a more strip back sound with gave me time hear the lyrics they were offering.

Sea of Crowns
Three pieces indie rock band with an explosive elements. There drummer Brett was the key to there sound, holding back the guitarist and some time you could physically see him doing this. But when let lose bang there off. During there set there was a lot of feed back leading to me not being able to hear they speak between songs.

A Sudden Burst of Colour
a four pieces instrumental band with a blues undertone. With really good feel to there sound but, as there are no lyrics they are not a band I would go and see as a headline act. There sound is something I could hear in a video game, TV theme tune or back round music in a movie to set the seen. They are worth seeing live and if they are supporting the band you are going to see, turn up early so you can hear them for yourself

Press to Meco
Three Pieces rock Alternative band. Tonight is the first time I have ever seen a crowd rush the barrier. As soon as ASBoC finished everyone in the place rush forward to try and get the best spot for Press To Meco. They have lovely harmony and any one of them could be a lead singer in a band if they wanted. There sound is very unique and must be heard live to be appreciated. These guys genuinely get a kick out of the crowd when we were all singing back to them they all had smiles from ear to ear and so did I.