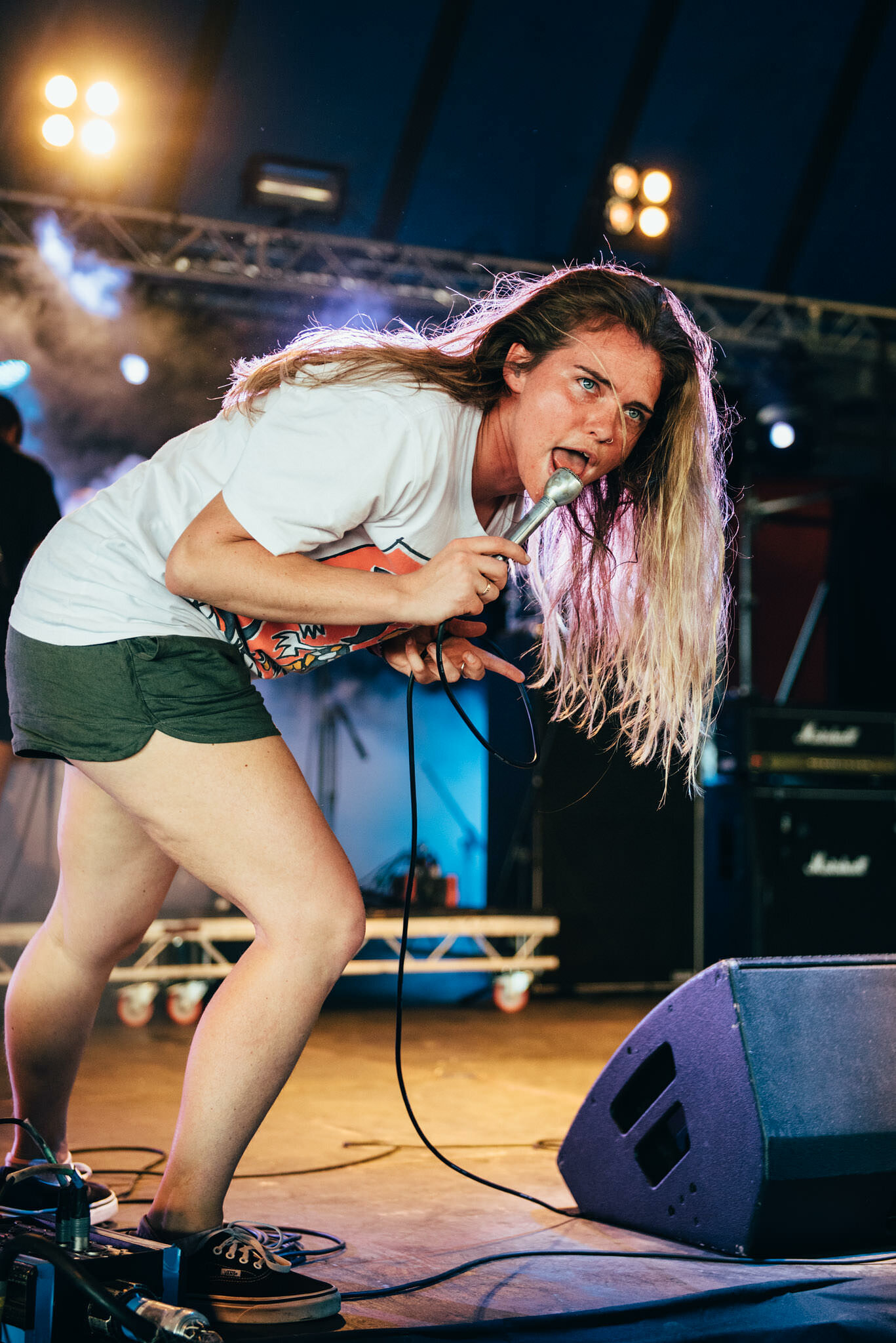 Heading over from the pop masterclass we just witnessed on Main Stage, It was now time to venture to The Pit to go and see the four-piece, Press Club from all the way in Melbourne, Australia. We highlighted Press Club as an act you must see at Reading Festival this year and we are delighted to say we were not mistaken. Fresh off the back of releasing their album ‘Wasted Energy’ just days prior, the band made no mistake in introducing themselves to the receptive crowd. From the outset, the crowd joined in and hung off vocalist, Natalie Foster’s every word – with sings from their record ‘Late Teens’ drawing the most participation, in part due to the fact that their new album had only been out for a week, and part due to the love that release received in the UK – showcased with the band’s commendable following here in the United Kingdom. The four-piece described this set as a dream come true and if this performance as anything to go by…they may well be realising a lot of their dreams very soon and may need to dream bigger as this was nothing short of a statement. It was a relentless set, with little to no let up as the Aussies cruised through the select cuts of both their records and as they said goodbye to The Pit stage, I could not help but think I’d seen one of the next breakout stars in Punk.