After six years, Pierce The Veil returned to Cardiff with support from Against The Current and Carolesdaughter. 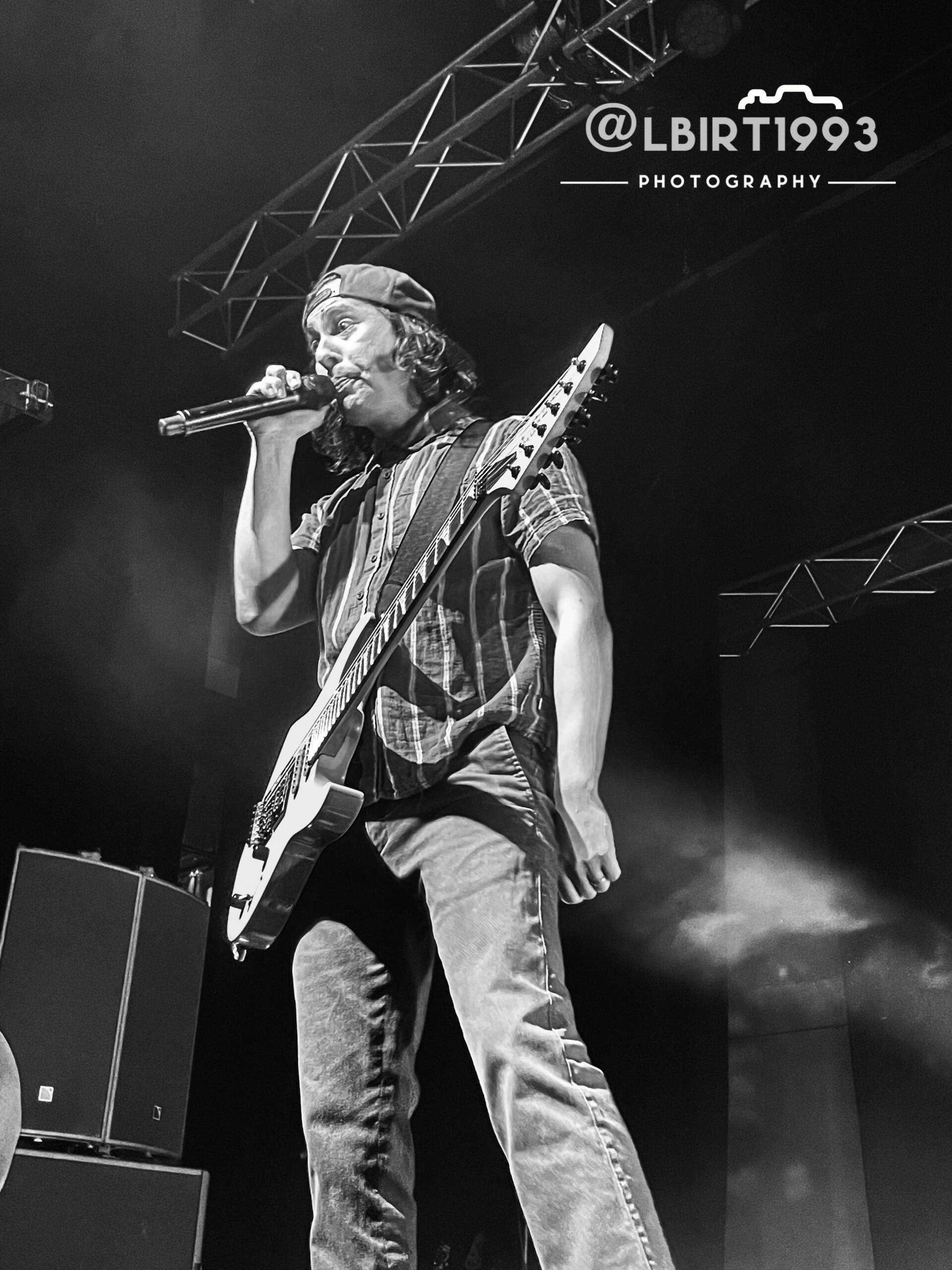 After an absence of six years and six days Pierce The Veil returned to Cardiff to kick off their 2022 UK tour.
The band brought with them Carolesdaughter and Against The Current.
Opening the night was Carolesdaughter who began by saying ‘If I seem nervous it’s because I’m opening for my favourite band ever.’
It was a decent set with a bit of an early Avril Lavigne vibe at times and some interesting song names such as ‘Please Put Me in a Medically Induced Coma’.
Against The Current is a band that I have seen before a couple of years ago and wasn’t that impressed with – but they must have had an off night back then because as main support they absolutely killed it.
The set was full of energy which resonated with the crowd who were off their feet for most of the set. Chrissy Costanza’s vocals were incredible.
There was a treat for fans with the debut play of new single Blindfolded which would drop just a couple of hours later at midnight.
There was also a play of Legends Never Die, the 2017 single written for League of Legends video game and Chrissy saying how Cardiff is one of their favourite cities.
It’s been a long wait for Pierce The Veil fans to see their favourite band in Cardiff again – as I said earlier it was six years and six days to the day they last headlined, which coincidentally was at the same venue. But I’m sure all in attendance would agree that it was well and truly worth the wait.
From the second the band stepped onto the stage, it was an abundance of energy and clear to see that each member was loving being back not only on the stage but on a headline run in the UK.
Jaime delighted the crowd with his insane energy – rarely standing still for more than a split second to do vocals.
Kicking off the set with May These Noises Startle You in Your Sleep Tonight and Hell Above from Collide With The Sky, fans were treated to a rendition of Pass The Nirvana – the lead single from forthcoming album The Jaws of Life.
The first of the hit singles – Bulls in the Bronx received a huge reception from fans – as did Circles, Hold on Til May, Caraphernalia and closer King For A Day.
There was a live debut of Emergency Contact and an acoustic performance of Stained Glass Eyes and Colorful Tears – the first performance since 2016.
It was a fantastic performance and a great welcome back to the UK for PTV.