Panic! At The Disco at Alexandra Palace | Live Review

It was Panic! At The Disco’s biggest headline show in the UK at Alexandra Palace, and it was phenomenal. 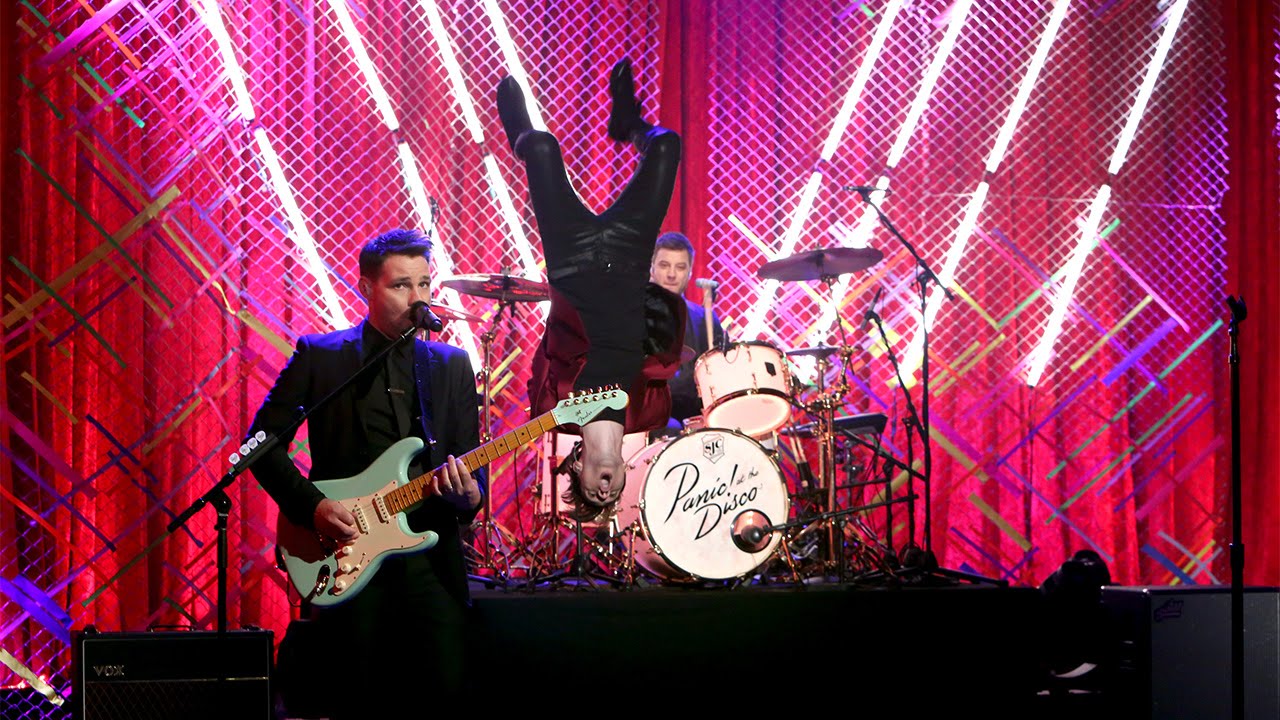 It was Panic! At The Disco’s biggest headline show in the UK at Alexandra Palace, and it was phenomenal.

Unfortunately due to horrendous London traffic, we missed one of the supports and didn’t quite catch all of the second. Although I didn’t know their name, I loved their sound combination of San Cisco, AWOLNATION, and The 1975. They played a bunch of songs to get the crowd jumping and ready for the headliners, and did a really good job. They’re a band I’d love to see again in the future.

Then came a band who needs no introduction (when you sell out two nights at Alexandra Palace, do you really need one?). Beginning with ‘Don’t Threaten Me With a Good Time’ the crowd surged forward and immediately came together shouting along to the lyrics, and trying to keep up with Brendan Urie’s insane vocal range. When I saw the streamers go off only five minutes into the set, I knew it was going to be an exciting night. There was not a single person in the crowd who wasn’t immediately into it. Even the parents were happy to bop along to the songs.

The band performed incredibly well, not a note out of place. Without meaning to go on about Brendon, as the rest of the band were equally as flawless – that night really showed off his talents. From his falsettos, to his backflips, to his drum solo; it was all amazing. I would go as far as saying he is one of the best front-men going right now. Although his crowd interaction was minimal, his performance was enough to make the crowd feel special.

As well as the performance making it an outstanding night, the production value was the best I’ve seen. As well as seeing a great band, you got a light show, some fireworks, and some impressive visuals behind the band. The visuals matched the songs really well too: there was a very 50’s New York aesthetic when ‘Death of a Bachelor’ played, and a dark vibe to ‘Emperors New Clothes’. The brass section of the stage also added to the show – they bought a whole new level to the songs.

The set list was pretty much perfect: a carefully composed mix of both older and new songs. There wasn’t a single song that seemed to go down badly with the crowd. One highlight would have to be their ‘Bohemian Rhapsody’ cover. That night only reaffirmed my belief that P!ATD are the only band who can cover Queen well. From the first notes, the crowd had chills, which soon became a sea of passionate, screaming fans. They definitely picked songs which bought a lot of energy, further fueling one of their greatest performances. I had seen them perform at Reading Festival 2015, but that was nothing compared to this.

Overall, I cannot find a single flaw in their performance – and I think they’re only going to grow from here.