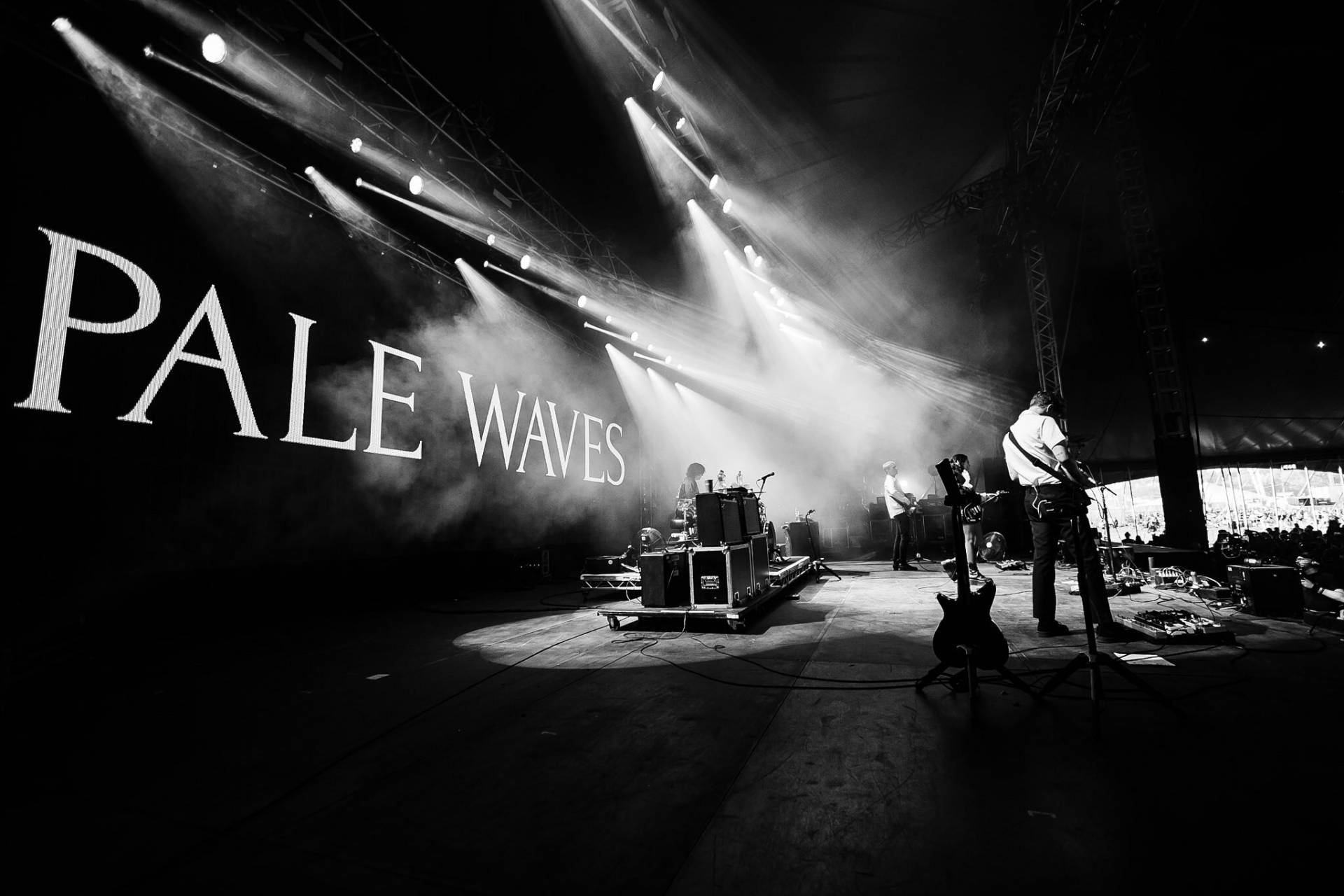 Pale Waves are absolutely one of the most promising upcoming bands in the UK right now. Fusing indie riffs with heartfelt pop choruses that come across some where between cute and quaint – think The Cure meets Taylor Swift-levels of pop sensibility – and you’re only then about half way to just how good this four-piece is. Their debut album ‘My Mind Makes Noises’ is a tour-de-force of tracks that have cemented this band’s place on this stellar line-up, and coincidentally this time slot and stage showcases the sheer rise of a band who just two year prior were playing the BBC Introducing Stage.

Frontwoman Heather Baron-Gracie is an absolute superstar in her own right, dominating the stage with her unqiue present that contrasts drastically from her sincerely innocent singing voice. Throw in some eclectic dance moves and a passion for visiting all corners of the adoring crowd, Heather knows the right words to get the crowd going as her Northern accent pipes through to entice one of the most diverse crowds I’ve seen. From men of fifty years of age to young girls, to a person in a Behemoth tank top to someone as goofy as me – Pale Waves are an all inclusive performance act that negates any negativity and quite clearly attracts and encourages love from all necks of the wood. 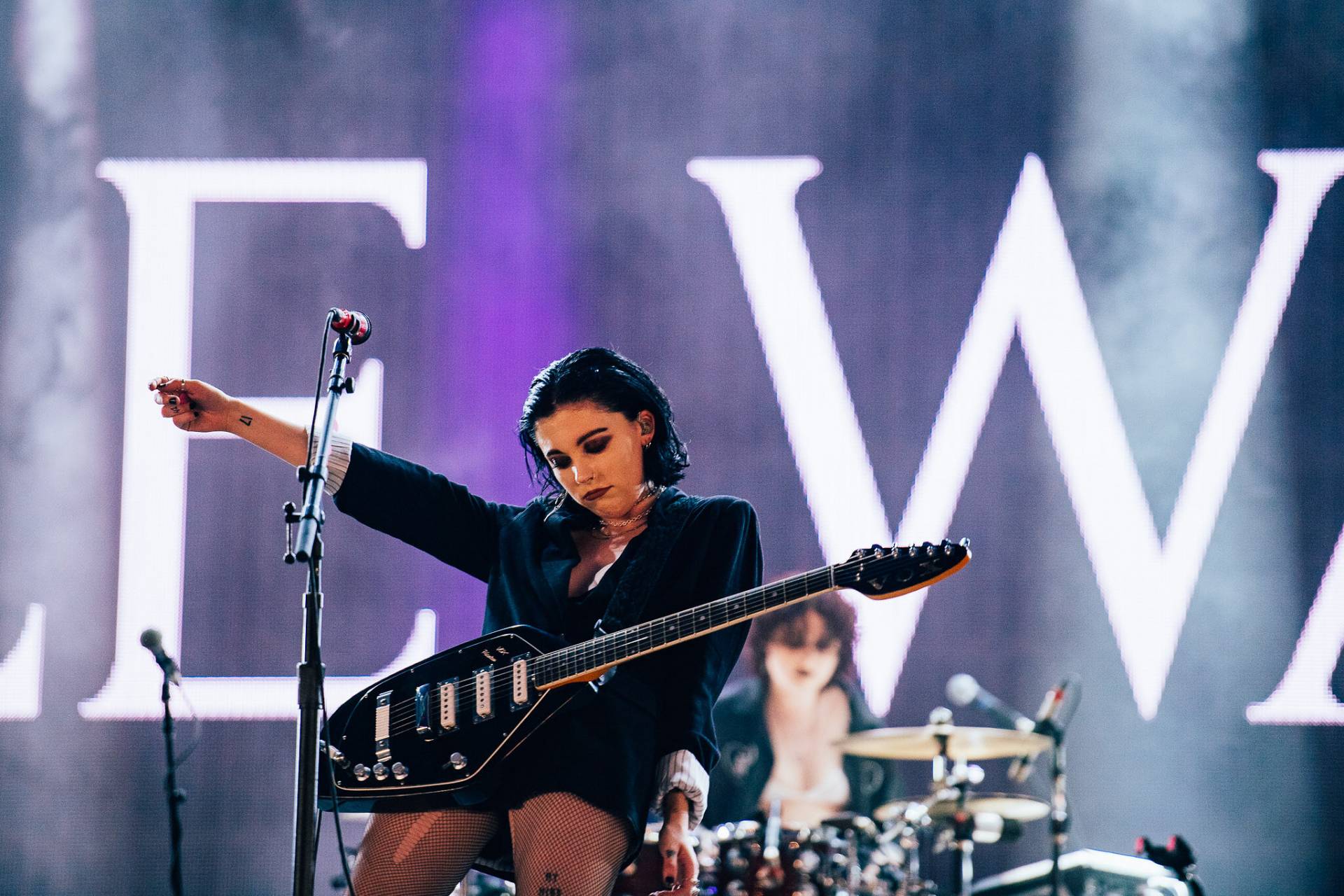 The musicianship on show between all four members is a sight to behold, from Hugo Silvani and Heather’s back-and-forth guitar exchanges that serve as the trademark for most Pale Waves songs to the backbone being ferociously provided by Ciara Doran and her Bass-playing partner in crime, Charlie Wood.

With label mates, The 1975 headlining the festival on the same day – this performance served as the perfect audition that Pale Waves could quite easily make that step up if they continue this level of quality both in concert and on record. From their simplistic but jarringly-appealing backdrop of ‘PALE WAVES’ emblazed in white neon to the style of all four members, as an aesthetic this show was something that the kids would describe as a ‘mood’.

We love Pale Waves and despite our over-insisting of playing their record in the car, or in the office, we were absolutely delighted to see that, the band from Manchester is every much as good as they are on their record and truly memorable and engaging setlist proved to be one of our favourite sets of the entire, if not whole, weekend.