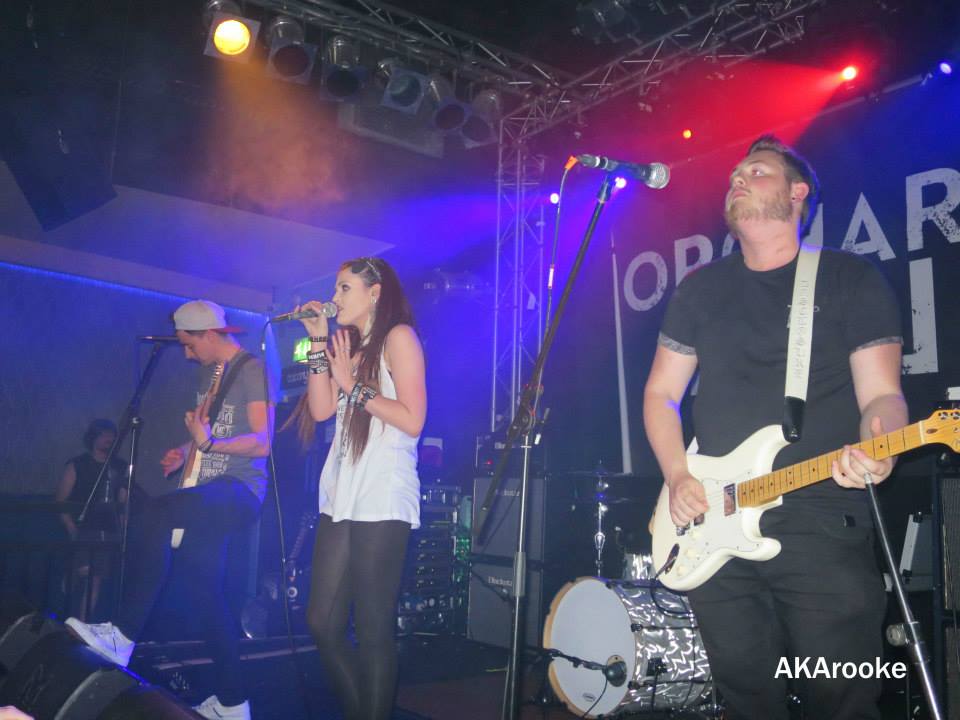 Pacific View are a female fronted pop punk band. They have huge energy in their songs but not on stage; this may be due to the fact they may have been scared to jump around on such a small stage. The fact one of their guitarists jumped into the crown to play showed this. They made me want to go and listen to all the old female fronted grunge bands of the 90’s so despite being limited by space they certainly left a good impression. I felt a little sorry for them tonight though, the levels were all over the place for their set and only by the last two songs was this sorted out.

Marty Jackson are a pop-rock with a blues jazz vibe. At times they sounded like Tonight Alive with a male fronted singer (but they didn’t sound like this for long enough to get me excited). Their good vibes are infectious and I was singing along before the end. Their cover of uptown funk is awesome too! The lead singer also plays guitar but they have another singer on the side that could easily be a lead singer on his own. It was a shame that he never led the vocals in a song and was always the bridesmaid never the bride.

White Clouds and Gunfire are another female fronted feel good pop punk band.  Lead singer, Eveline’s vocals are such a sweet sound that I couldn’t help but feel she is singing just to make me happy. The guitar rifts have the effect of making me want to dance along (even if I dance like your dad at a wedding). Though, I have said that the songs make me happy the subject of the songs are not always in this light and at times will have me relating to the troubles of my past.

Callahan took to the stage next and although these guys sounded really good and the vocals were great they didn’t ‘wow’ me. Don’t get me wrong, I cannot fault them. Their set was good. I just wasn’t wowed. This may be due to the fact they followed White Clouds and Gunfire and I was still enthralled with their live performance.

Orchard Hill; a female fronted pop rock group group with infection drum beat took to the stage in epic fashion. The way their music hits you is like a wave of energy on a journey across the sea which gets ‘choppy’ when the guitars kick in.  You can’t help but jump to when Tiff ask you to. Their singer (Tiff) has a soaring voice which leads me to the obvious and over used comparison for female fronted bands, it is of course, that they sound like Paramore, but make no mistake they are a band with their own great sound.

O2 Academy 2 Newcastle charged £4:20 a pint or more depending on your tipple. There were two gigs on tonight which made the bathrooms really busy, but they were clean. Could have done with some hand soap. The sound in the second stage where I was, wasn’t the best I have heard and the sound did get adjusted all night long with the levels never really being right.