Punk rock is known for being rather political, but it is also known for the fun that can be had. The Offspring are known for both. Tonight London plays host to the Southern Californian natives final UK show of the Summer Nationals tour. 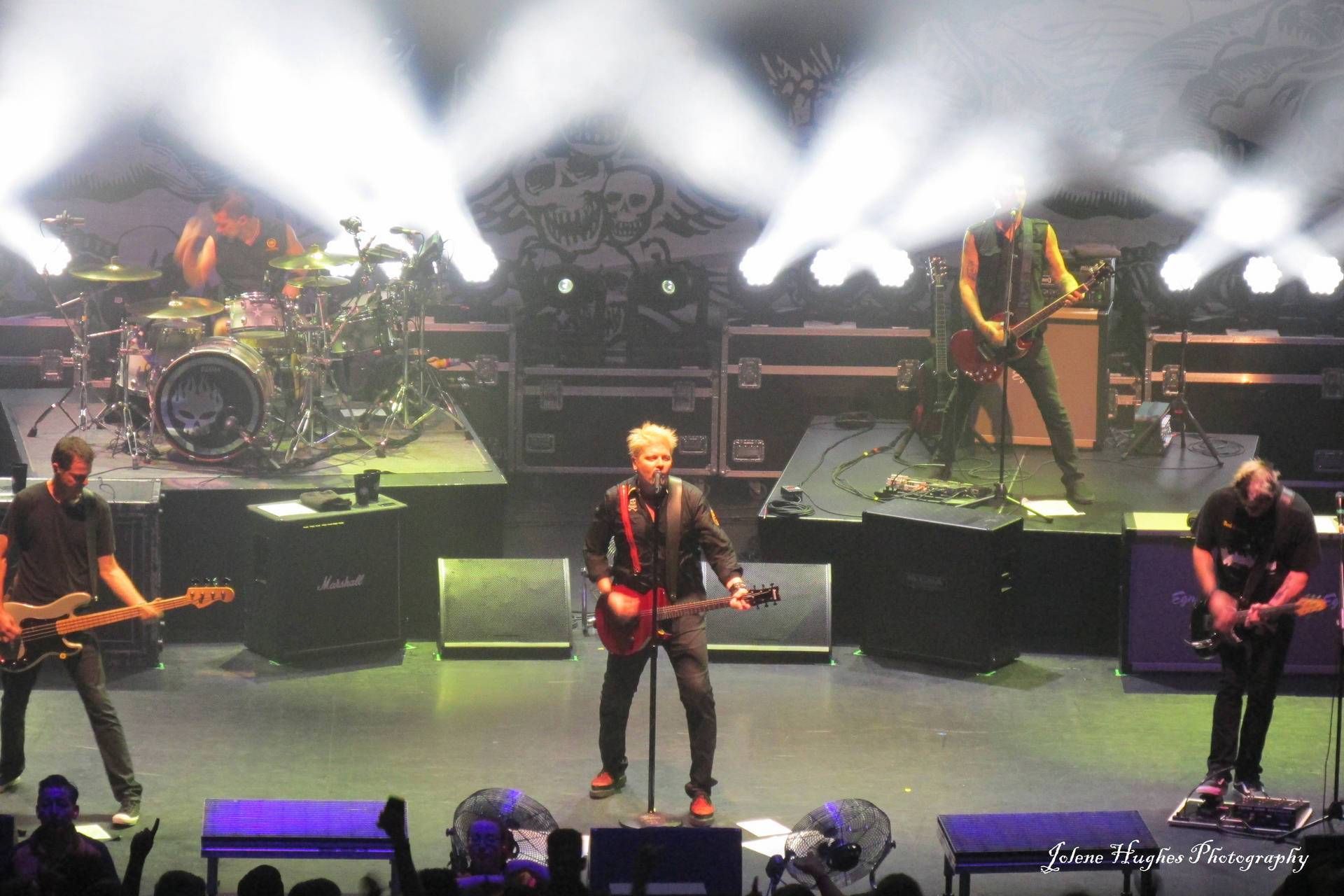 Punk rock is known for being rather political, but it is also known for the fun that can be had. The Offspring are known for both. Tonight London plays host to the Southern Californian natives final UK show of the Summer Nationals tour.

When the lights go down and blonde haired frontman Dexter Holland takes to the stage, the crowd become electrifying. Kicking off with “You’re Gonna Go Far Kid”, the floor becomes a full on mosh pit. Throughout the entire set the crowd are alive and kicking. Dexter’s vocals are on point. Guitarist Noodles provides us with the odd joke about getting laid and the EU referendum. The band then breaks out into a cover of The Clash’s “Should I Stay or Should I Go”. When classic songs such as “Come Out and Play”, “Want You Bad”, “Why Don’t You Get a Job?”, “Self-Esteem” and the annoyingly catchy “Pretty Fly (For a White Guy)” are played, the whole venue turns into a massive sing along.

You can tell the band have been doing this for over 20 years, they look comfortable up there. You can see the love and passion these guys have. The bond between Dexter, Greg and Noodles makes you realise as to why they have managed to last so long. The joy on their faces during their performance shows that they still enjoy what they do.

Support comes from British punk band Templeton Pek. They put on a brilliant performance and even manage to slip in the odd “Fuck Cameron” showing their dislike for the UK’s former prime minister. Fellow Southern Californian punk rock legends and old time punkers, Bad Religion. They really get the crowd moving from wall to wall. Showing their political side, they dedicated “You Are The Government” to the crowd because of the then up and coming EU referendum.

Tonight’s show has been incredible. Despite the three bands being political at times, they were not preachy. It was a simple punk rock show. There were three amazing bands and from the onset the crowd were alive. There was an incredibly fun atmosphere within Eventim. The crowd was full of people from all walks of life and all ages. This shows that punk rock and music in general has no barriers.