Neshiima and Amongst Thieves at Ivory Blacks, Glasgow

For today’s gig I headed to the Ivory Blacks, a venue I haven’t visited much in Glasgow to see 12 Stories High, Amongst Thieves and Neshiima. 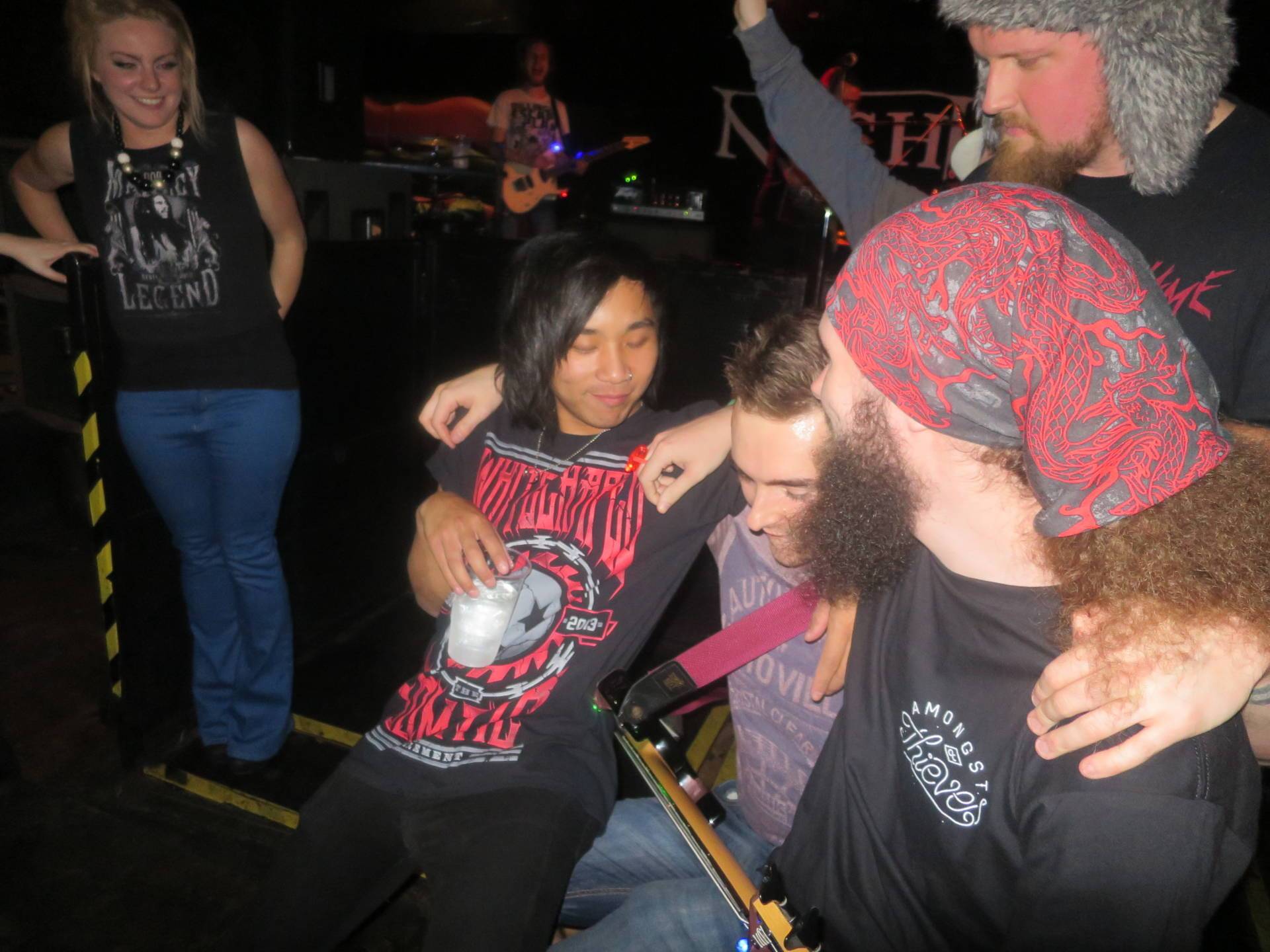 For today’s gig I headed to the Ivory Blacks, a venue I haven’t visited much in Glasgow and one that I must make more of an effort to check out their gig listings.

First up were 12 Stories High and having seen this band once before (at this venue in fact!), I was looking forward to seeing how much this young band had improved. I was surprised by their line up change. The female singer had been replaced with a dude and there were a lot of false starts in the opening Arctic Monkeys cover. This disappeared when they went into their Nirvana cover. This band have completely changed since I last saw them; they are heavier, edger and seem more well rounded. their female bass player is a clear stand out in this band. I loved their almost metal cover of “Feel Good Inc.” but, It was a shame they didn’t play some original songs in their set.

Amongst Thieves took to the stage and it was good to see these guys play in a proper venue. About a year ago I saw them play the “Varsity Pub” in Southampton where there was virtually no front of house. It was basically just them and their amps. Tonight was 300% better. They provide a unique post hardcore sound (I am blaming Lost Atlanta for rekindling my love of this genre). Tonight they delivered a thrashy guitar sound with some killer riffs. I had forgot that these guys don’t have a bass player which adds to their unique sound. They had a head banging drum beat notably in their song ‘101’…loved that! With Josh’s dirty vocals mix with screaming back up from Ricky meant they gave an engaging performance. The early songs they played sounded very generic post hardcore compared to their new songs which definitely have a unique stamp. They are four guys having fun on stage and you can tell they are happy just to be able to play, add to this the banter between songs and their movement on stage and they are definitely worth a trip to see.

Glasgow based Neshiima took to the stage and gave us full on heavy rock which at times slipped into rap-driven metal. With the home town crowd firmly behind them they went for it. With the fans all wearing LED light rings (I need to find where to get some of these) it went off! I know I talk a lot about stage movement and performance but these guys take it to the next level. There was not one song that a member of the band wasn’t in the crowd jumping, singing and dancing. At one stage their guitarist started a circle pit (which lasted until beer went everywhere making it impossible to run without ending on your ass). Their singer had a silky voice but can drop it to an almost rap style. Also they do a heavy cover of Rick Astley’s “Never Gonna Give You Up” which takes Rickrolling to a new level.