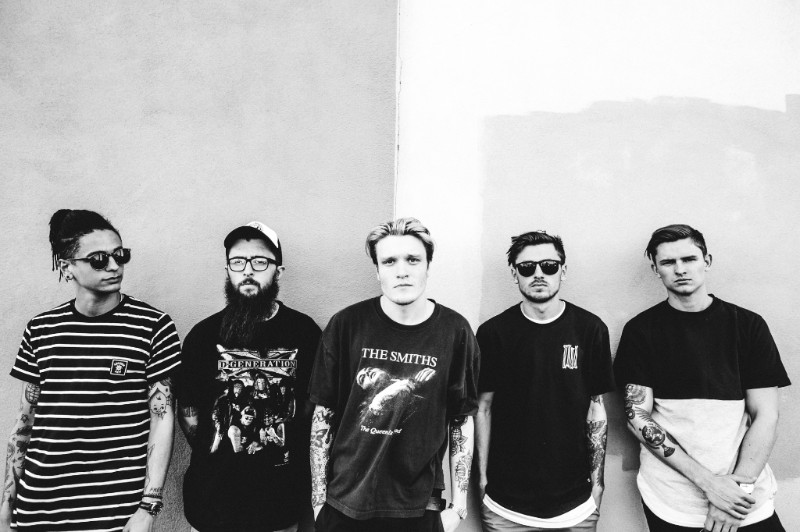 UK pop punk band Neck Deep recently released TWO new versions of their hit track from their 2015 album “Life’s Not Out To Get You” along with 2 videos to go along with them!

“December is based on a scenario I found myself in a few years ago – an ex girlfriend totally fucked me over and left me out in the cold trying to figure out what was going on” –  says lead singer Ben Barlow.

The track is acoustic and starts off with a nice mellow guitar and soft vocals from the lead singer Ben. The song then kicks in but it’s not loud or rough sounding, still very calm and gentle. When guest vocalist Chris comes in the harmonies between him and Ben give you chills down your spine and it’s music to your ears. The two voices together fit so well which makes the track a bonus! I definitely prefer part 1 to part 2 but that’s my own preference!

The track kicks in differently to the first version namely being a lot faster as it’s not acoustic. It definitely has a more up beat tune to it and I think it is extremely better than the original song. The drum beat mixed with the lead and rhythm guitar fit in so well and give you that real pop punk feel. When Mark’s vocals come in, you can tell it’s so much like Blink 182, Ben’s vocals are also harmonizing in the background which makes the track even better.

My favourite track definitely has to be part 1 purely for the fact I love acoustic tracks more. I’ve always loved the track from December, having seeing them live earlier this year the track brought out a great atmosphere and the crowd all sang together, ensuring goosebumps all round. I’d rate this EP 10/10!!