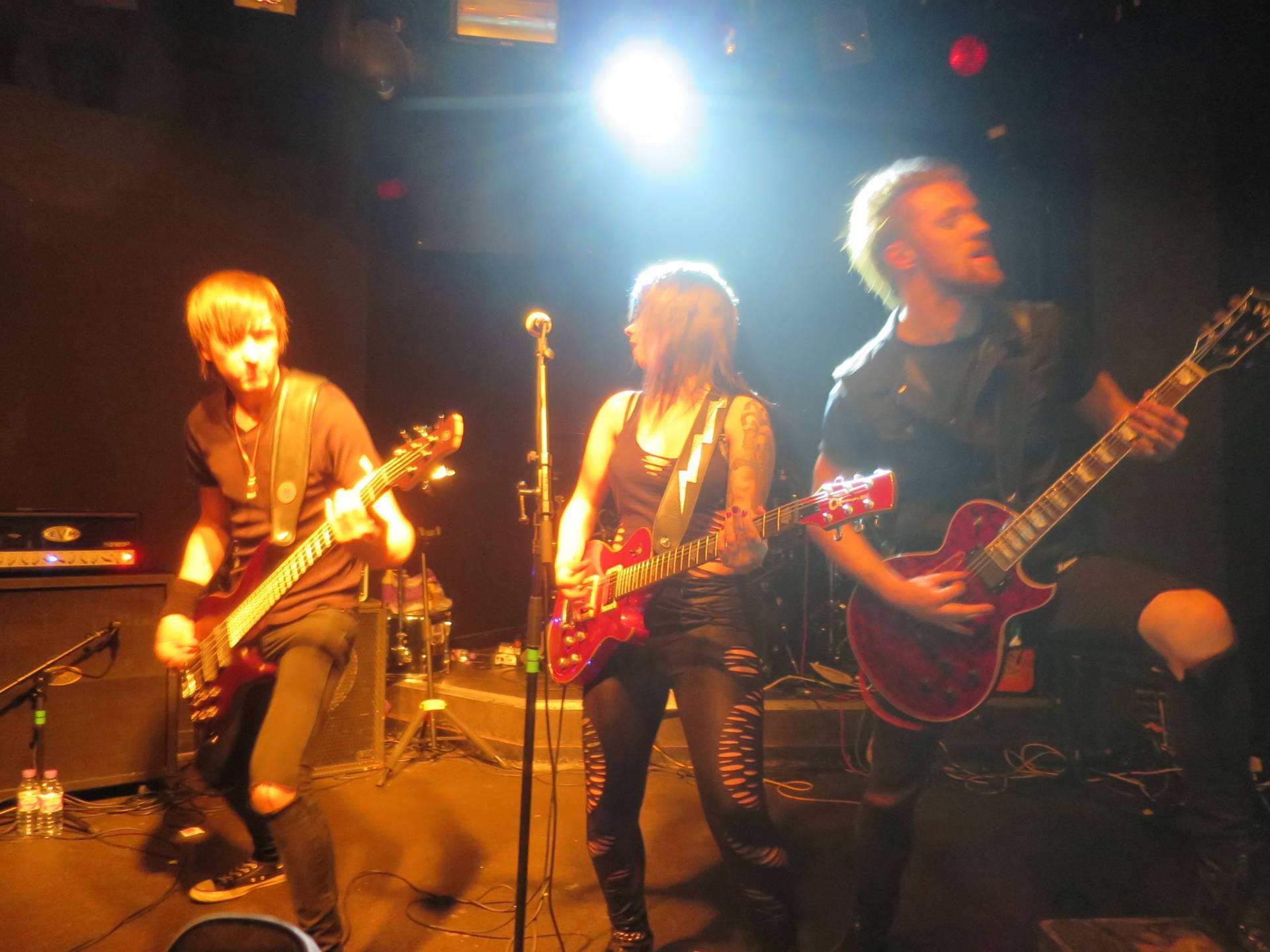 Having been to this festival last year and only knowing three of the bands playing, this year for me was less about finding new bands but about seeing some bands that I have been trying to see for a while. Alongside, watching some of my favourite bands also. With all multi-stage festivals there is always going to be bands that you want to see on at the same time, making a choice is not easy and if you procrastinate like me, then you be putting your flow chart up on the nearest wall trying to make the best of what you can. With all this planning I still arrived late for the festival.

I started at the Stealth Stage seeing Valis Ablaze who were a Metal band. Today they had a substitute singer who used a lyric sheet for some of their songs. They had a good heavy sound but it just all didn’t catch my attention all that well and needless to say I did not catch the full set.

Next I headed over to Rescue Rooms Main Stage for We Are Tyrants.  A nice mix of rock with heavy guitars. Leaning too much for my liking on the screaming side of rock. They were good. Just not my taste. They did invite some of the bands original members onto the stage to sing with them which I though was a nice touch. Again I did not catch the full set.

Heading over to Rock City Basement I caught the end of The Species set.  They were a nice slice of indie rock. they use heavy sound effects usually but they were not over used today. They have a happy go lucky feel about them even with all the tech issues they had.  Wish I had seen a full set.

Next was the rock band Neverise. They are  Follow You Home with three of the original members but with a heavier rock sound and I liked it. It was like they had added two bricks to the scales to make their sound heavier.

At Spanky Van Dykes I saw indie rockers Chasing Cadence.  These guys rock with pure energy on stage. With such a small stage these guys filled the room not only with sound but with their enthusiasm with lead singer, Jack even jumping up on a table at one point. These guys really rocked it and left me more than happy.

Heading to the Stealth Stage I saw Cabin Boy Jumped Ship who provided a cool metal vibe but it was not to my taste. Too much reliance on the screaming for me to really enjoy it buy I do think they are better live than on recording. They had me jumping and head banging but I have heard this type of music time and time again, they did nothing to stand out of the pack for me.

Back at Rock City Basement I saw As December Falls and instantly fell in love with their mix of pop and rock. With their upbeat sound I was smiling from ear to ear during their set. They look like they were having fun on stage and with singer Bethany’s energy on stage you can’t help but enjoy when these guys play live.

Next up were moody indie rockers Lacey. These guys really speak to me. The songs they played painted a pattern of strife, lost and acceptance. I didn’t get to see the full set as I really wanted to see the next band. However, Lacey are seriously good.

Over at the Stealth Stage, Skarlett Riot took to the stage. With a modern rock sound fused with a hint of classic rock these guys and gal gave everything on stage. Their singer Chloe also takes up the guitar for some songs and gives a vibe of Lzzy Hale from Halestorm. The fact that she was playing a guitar did stop here from roaming and jumping around on stage but the overall energy they possess comes across as pure fun on stage and this is sent right through the crowd making the live set one I could not recommend enough.

After Skarlett Riot, I ran back to Rock City Basement to see the last band, death pop-rockers Fearless Vampire Killers.  It had occurred to me that I had spent little time at the main stage this year and as I arrived they were half way through ‘Danger‘ which made me disappointed with myself for missing it. With the this band it is like you are getting two bands for one; with Kier and Laurence swapping between lead vocals and playing guitar. They have an infectious pop beat but with lyrics full of rock / pop-punk backbone. On stage you get the feeling they love to play music and want every member of the crowd to have fun at the show. At the end of their set Laurence was given a flower crown which he dutifully wore. What a great ending to a great day.