My Chemical Romance live in Cardiff

My Chemical Romance returned to the UK for their long-awaited reunion shows delighting crowds in Cardiff. Support came from Funeral For A Friend, Starcrawler and Lost Alone. 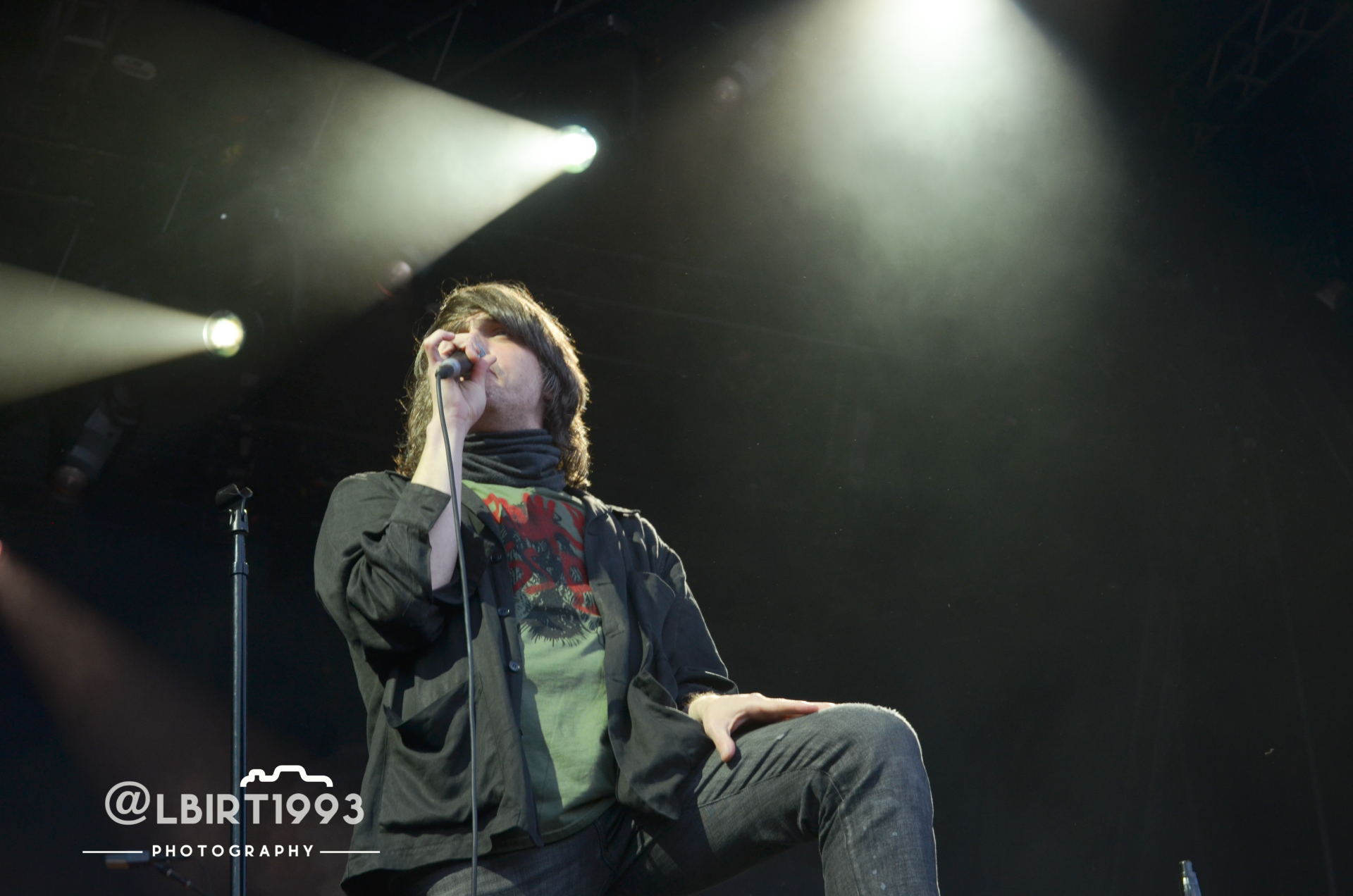 Anyone in Cardiff on Saturday would be left wondering why they were confronted with more than a hundred thousand people more than usual. But the people in charge of event planning for the city decided that they would host two stadium shows on the same night – Ed Sheeran at the Principality Stadium and My Chemical Romance at Sophia Gardens.
Now we’re off to Sophia Gardens for MCR which is believed to be the first gig at the stadium (home of Glamorgan cricket) since Black Sabbath played there in 1982.
It was an unusually sunny and warm day for Wales, which probably didn’t bode well for the tens of thousands attending in all black.
First up to entertain the crowds was Lost Alone. The band were entertaining (with frontman Steven Battelle getting the weather memo turning up as the Monzo Man in his words as he rocked the stage with an orange suit).
It was the third date the trio were supporting MCR and they did not disappoint. It was clear as they played through tracks including Punchline Punched Back and G.U.I.L.T.Y that despite going for eight years without releasing music, the crowd still love the band and they still have what it takes.
New single The Last Drop of Forever went down a hit.
Starcrawler reminded me of Hole a bit which personally isn’t a good thing (just not a fan). At too many points in the set there were screeches from the mic itself and it just didn’t seem to get the crowd going as much as Lost Alone did minutes earlier.
There was some cheer when If You’re Gonna Be Dumb, You Gotta Be Tough was played – a song used in the Jackass movie. Guitarist Henri Cash was entertaining and quite talented but overall the set just didn’t really impress me.
A lot of the crowd were eager to see the main support – Funeral For A Friend, with the local lads drawing in the very attentive crowd.
The crowd ate up everything thrown at them during the 10-song set which featured Into Oblivion (reunion), Roses for the Dead, Juneau and Streetcar.
It was time for the main event which began with just the words MCR on the screens and the sound of static for a number of minutes as My Chemical Romance entered the stage to start with new single Foundations of Decay.
The crowd were immediately lapping up everything thrown at them as the likes of Bulletproof Heart, Na Na Na (Na Na Na Na Na Na Na Na Na), Famous Last Words, Teenagers, Helena and Vampire Money were played.
There was a first play of Save Yourself, I’ll Hold Them Back.
Throughout the set, Gerard made a number of comments about the band, the fans ‘making us what we are’ and praising Wales – with brother Mikey wearing a Wales football shirt on stage (something all members were photographed in backstage prior to the performance).
Gerard explained about how they changed up the set each night to give fans something different, which allowed for the likes of Save Yourself to be included alongside Our Lady of Sorrow, Sleep and Mama. On Save Yourself, he said how they’d played it in soundcheck and “half sung it half spoke it” before deciding to include the track.
Of course one of the biggest singalongs came as that G note was played for The Black Parade.
There was only one song for the encore – I’m Not Okay, which was probably a fitting end to the show as thousands of emos just spent hours at a tour they thought they’d never see again after MCR announced their split.
Whether the ‘swarm’ being plastered all over merch is hinting at a new record, we may find out soon, but one thing we sure know after the Cardiff show is that fans are definitely happy to have MCR back so we don’t think they’ll be going away again anytime soon.