Opening with Communion Of The Cursed, Ice Nine Kills kick things off with a bang! Straight away grabbing the near capacity crowds interest with huge riffs and beautifully contrasting vocals. Frontman Spencer Charnas commands the stage and crowd like it’s second nature. Enjoy Your Slay is a particular highlight, paying homage to The Shining. The triple vocals work […] 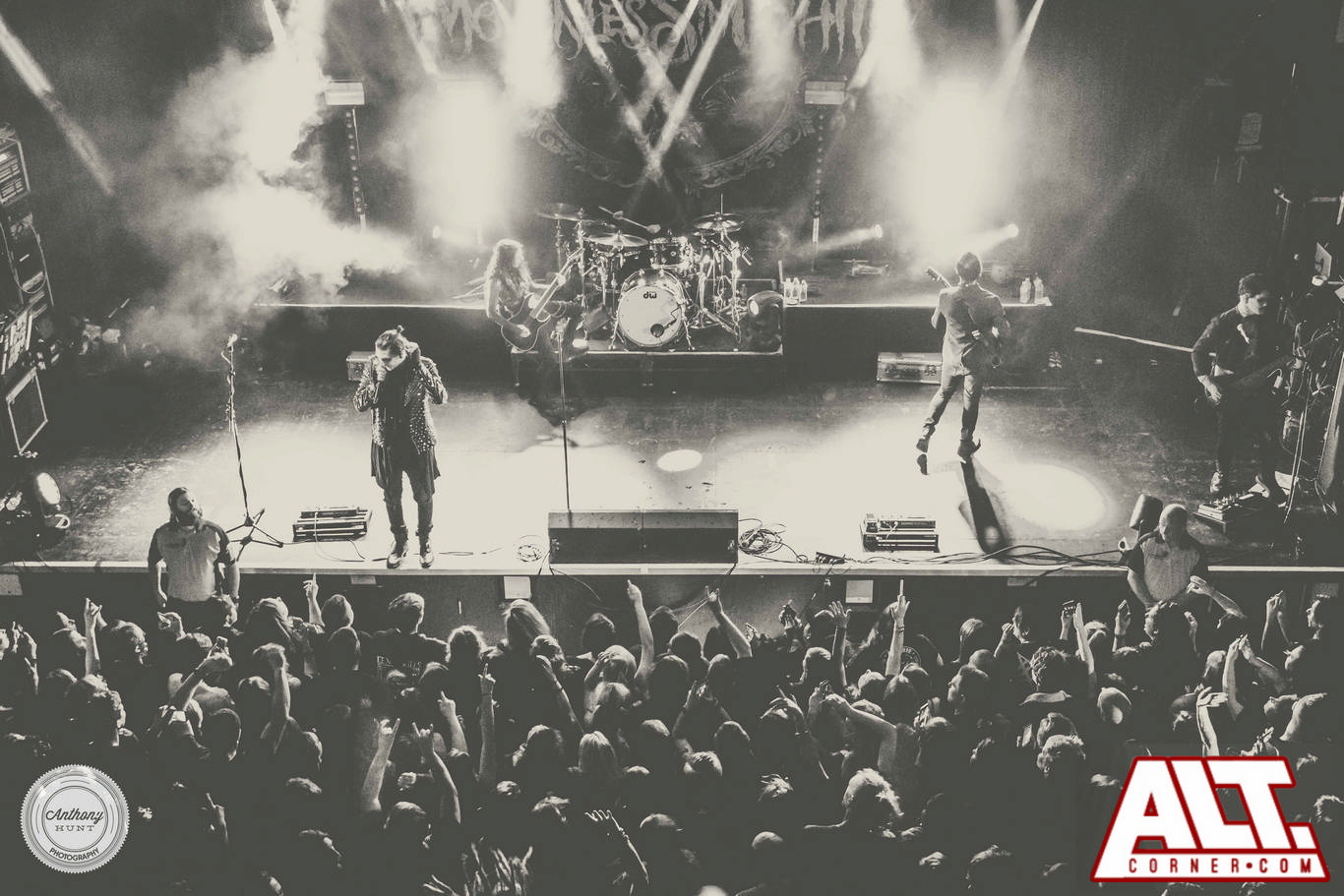 Opening with Communion Of The Cursed, Ice Nine Kills kick things off with a bang! Straight away grabbing the near capacity crowds interest with huge riffs and beautifully contrasting vocals. Frontman Spencer Charnas commands the stage and crowd like it’s second nature. Enjoy Your Slay is a particular highlight, paying homage to The Shining. The triple vocals work well throughout and they get the crowd well and truly warmed up. The major issue with Ice Nine Kills‘ set is the duration. It was over way too soon.

Cane Hill released second album Too Far Gone today so used the set to plug the record. They bring pure brutality to the night as they showcase some of the tracks from their new record including 10 Cents and the title track. Things get emotional during Erased, which is easily the quartet’s most laid back song. Fan-favourites Ugly Model Mannequin, True Love and Fountain Of Youth from debut album Smile get the crowd going.

As Motionless In White take to the stage for opener Rats, they kick things off as they mean to go on. The majority of the setlist comes from latest record Graveyard Shift (aptly as the tour is called the Graveyard Shift tour) but there are also some of the old fan favourites to keep the older fans who may have expressed criticism of the latest record happy. Hearing Abigail live never gets old but it did get a twist with Spencer from Ice Nine Kills reprising his guest vocals duties just like he did throughout 2017’s Vans Warped Tour. Dead As Fuck and Dead As Fuck 2: Not My Type get played back-to-back. America is preceded by a speech about how it was written in 2012 but is more relevant today, before being re-named ‘Fuck Trump’.

This tour is also the first time Motionless In White have brought over a show that was basically the same as their USA ones. Which frontman Chris Motionless delights in telling us, apologising to the crowd for that taking so long. We’re treated to Gaia Patra and Kylie Devyn appearing in various outfits throughout the set, something that is a regular theme on the USA runs but really adds to the aesthetic and rounding off a solid set. If people are doubting the latest album being a step backwards, I highly recommend heading to the tour as the likes of 570, Loud (Fuck It), Soft and Hourglass get the entire crowd off their feet, opening up pits just as much as the Creatures era tracks like Immaculate Misconception do. Closing the night with an encore of Eternally Yours dedicated to the crowd (“We are Motionless In White and we are Eternally Yours” says Chris) ends on a high with a huge sing-a-long.

Check out our gallery from Bristol here (photos by Anthony Hunt).