Heading to the familiar Garage Attic venue, I was taken back by how much it had been refurbished. It was now what I would call a good looking small venue. The booths are gone, the stage is raised, the annoying window behind the stage was covered and there was a curtain splitting the side stage […] 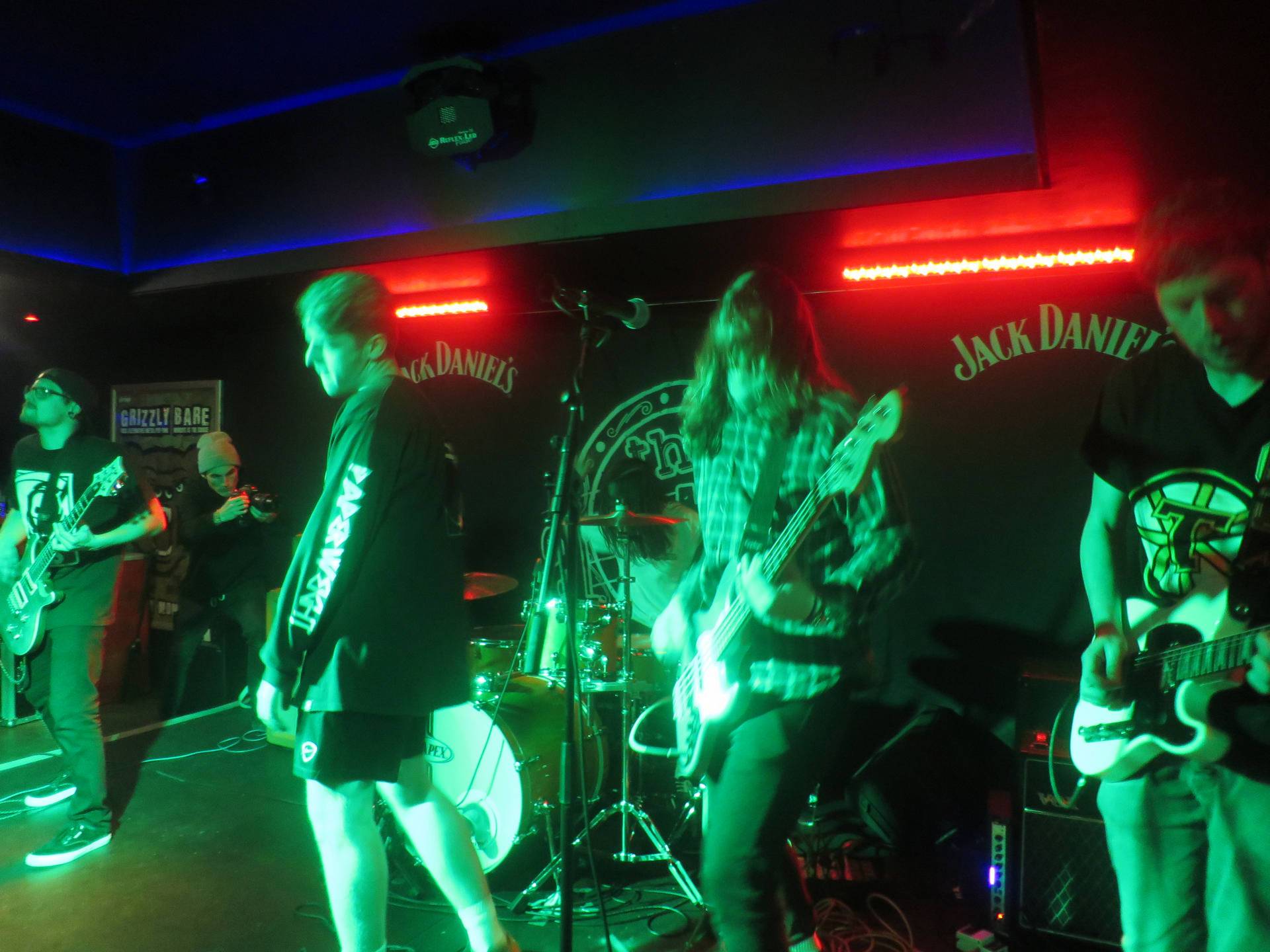 Heading to the familiar Garage Attic venue, I was taken back by how much it had been refurbished. It was now what I would call a good looking small venue. The booths are gone, the stage is raised, the annoying window behind the stage was covered and there was a curtain splitting the side stage from the crowd. However the sound tonight for the first time in a long time at the venue was not the best. Whether this was due to the refurbishments or the sound guys only another visit to the venue will tell.

Starting the night was some good Scottish pop punk in the form of Finding Argyle. The drumming was heavy and didn’t fool around with fluffy so was good. For a pop punk band the guitars were not trashy and at times it kind of needed it. The singers voice was unfortunately like a lot of UK pop punk band’s and Americanised (singers please sing with your accents). Because of this, his voice felt generic and took something from their show. There was also too much reverb on his vocals. Their newer yet unreleased track had more feels and felt more of a genuine, can’t wait to see more of this.  Go and listen to their song, “Six bottles deep”
6/10

Only playing their second gig as Woes since the end of Yeah Detroit a year ago, I was looking forward to their set. However with a lot of technical issues, their set started late and during the first song the guitar dying and it taking them a long time to fix meant their set was very short. The sound, when everything is working, is somewhere between The Story So Far and Neck Deep with a punk rock vibe. The guitar play, when it was working was heavy and inter-cut with interested rifts. The singer doesn’t sing with an American accent but, also not with a Scottish accent and  I am not sure what it actually is but, I like it. Technical issues ruin their set.
A very generous  7/10

First of the co-headliners of this tour were These Minds. Their sound is a curious one. Most would put them down as a pop punk but, their sound is more akin to hardcore punk. The drumming made me smile and was heavy and loud, switching between rhythmic and thrash, which is to my taste. The vocalist sang with a Leeds(ish) accent but, spent most his time shouting and this is not to my taste. Their slow songs are not really slow and the guitar play while having rifts lacks hooks, and at times is too thrashy but, this may have been distorted by the venue tonight.
7/10

Capping the night off was Catch Fire. They played with real pop punk energy on stage and had proper pop punk guitar thrashes. The drums were more heavy rock and gave it a nice mix. However, the bass for the first four songs was like rice crisps and even after the popping had been fixed, I couldn’t really get into their set. The vocals were great but, again it was sung with an American accent. There was also a lot of crackling on the backing vocalist’s mic which stopped all but, die hard fans from getting into the set.
Generous 7/10 due to the venue sound on the night.