Gareth Rooke reviewed Megalomatic’s two year anniversary show that featured suppot from Twin Heart, Peur and Mantis Toboggan. The evening took place at Stereo in Glasgow and here is what the thought… 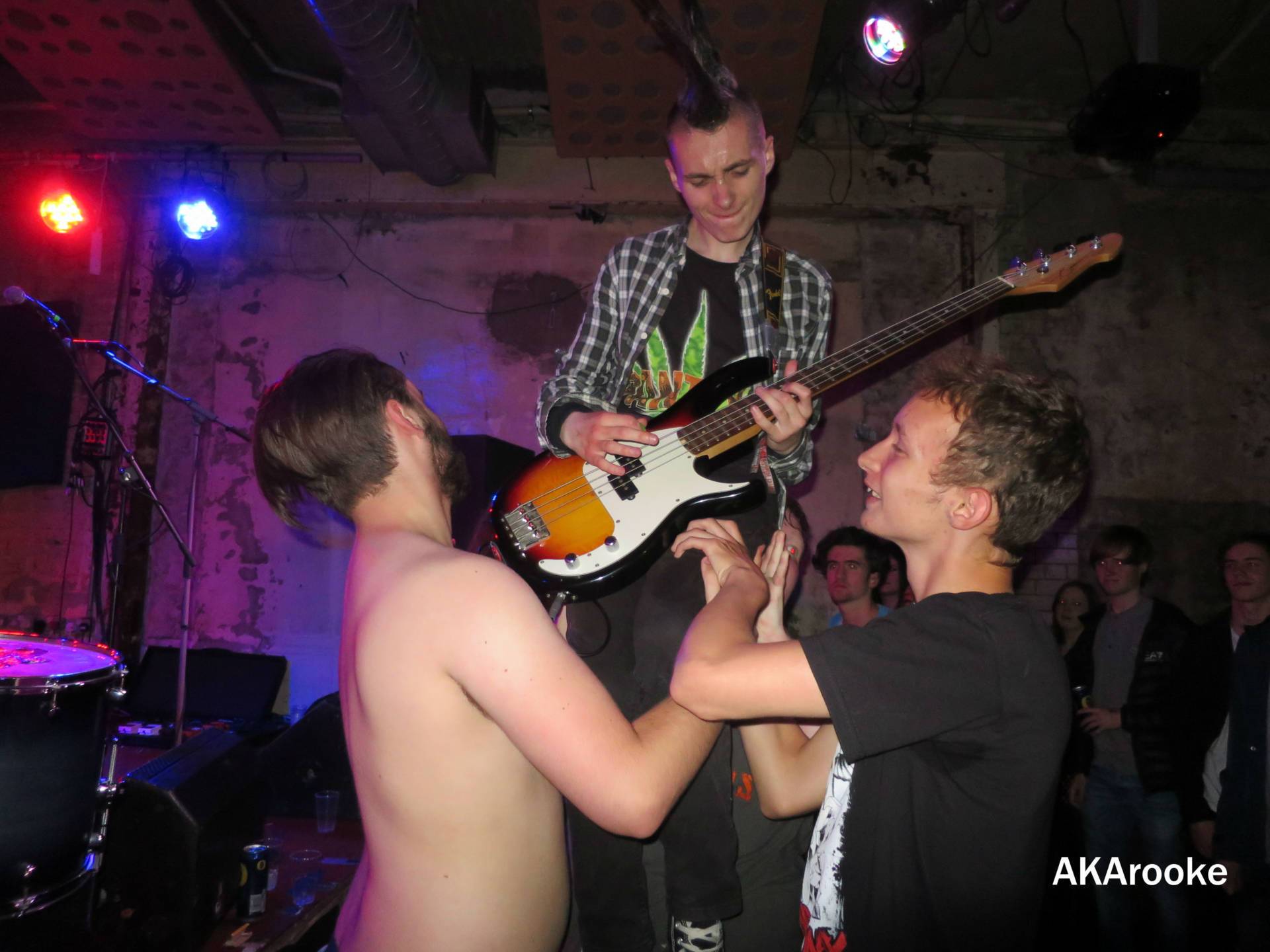 Kicking off the proceedings tonight were Mantis Toboggan; they are a dirty rock band with with very dirt guitars! Rarely do I see a band pull this sound off live but, they did it with style and in pyjamas! They remind me of all the good classic rock bands of old just think Black Sabbath and you’re on your way there. Their singer has an American twang to his vocals that is surprising as between songs he has a Glaswegian accent. Their stage presence is partly well rehearsed and almost choreographed but, at times they often were wooden on stage. This was their first gig as a band and was a really good performance,  I can’t wait to see these guys again.

Twin Heart the band I came to see tonight were up next. I would like to apologize to these guys at the start here, the last time I saw them I criticized them for their sound. This was not a fault of their own it was instead the venue I saw them at. Thank god I picked up there CD, otherwise I would never have come to see them again.  They are a female fronted alternative rock band with a punk backbone.  The use of a deep bass drum had me tapping along and the heavy guitars had my soul vibrating with joy. Their lyrics are a masterpiece from the fantastic Ghost to the brilliant Speak To Me. Speak To Me took me though a roller-coaster of emotions from sorrow to anger, hate, sorrow again and back to anger. This song really hit me for six as I felt such a personal connection and by the end of the song I was trying not to choke up.

Puer from Manchester took to the stage as main support. They possess a heavy rock sound with an alternative vibe leading to them having a care free spirit on stage. Their lead singer voices is a mix of Rob Damiani (Don Broco) and Mikey Chapman (Mallory Knox). They really know how to get the crowd involved and turned a bunch of zombies into head bangers and at one point even orchestrating a raging mosh pit. Their music is one that can get your blood pumping or have you sitting on the back porch ‘chilling’…a great mix.

Megalomatic over the last two years have slowly been building themselves a solid reputation as one of Glasgow best young bands, and this showed in the energy on stage tonight. The bassist’s energy can’t be contained and spent more time running though the crowd and jumping of every wall, floor and ceiling than he did on the actual stage. They really love the heavy bass sound which will give you whiplash from the headbanging you’ll be doing throughout their set. The singer has a really gravel tone to his voice that really suits their sound. They are a big departure from what I normally listen to and these guys made me smile (which is is the aim of a live band in my opinion) and I feel I need to hear more of them now.

The gig was at Stereo in Glasgow in the cellar and the night had a great atmosphere and the sound there is very good. With a pint can of Foster for £2.50 and a host of great bands…my night was a very enjoyable one!