It was finally time to see Mayday Parade in Bristol on their 10th anniversary tour of their 2011 self-titled album! 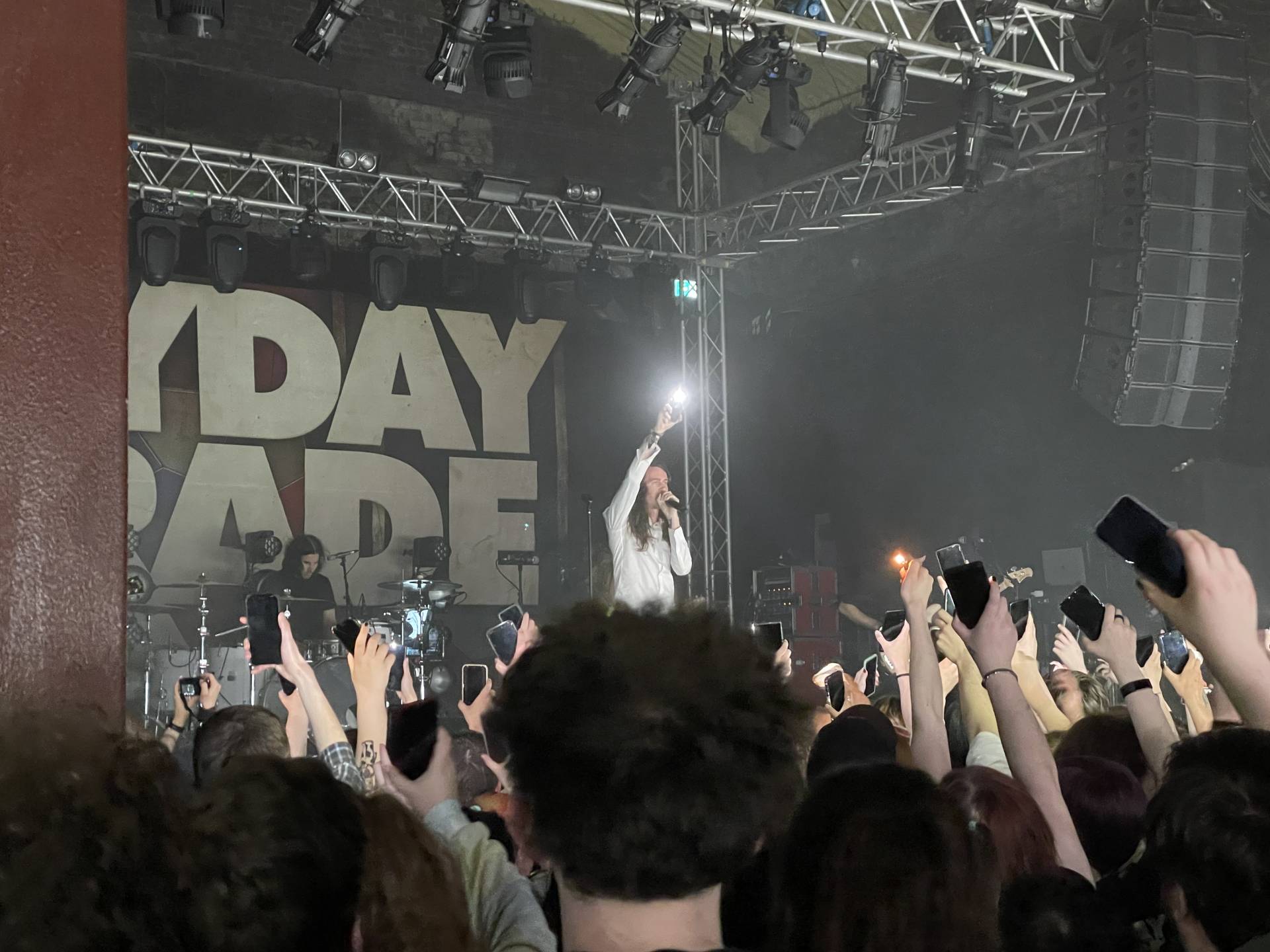 We kicked off June with a visit to the Marble Factory in Bristol to see Mayday Parade performing their self-titled album in full to mark the 10th (well 11th by the time the tour was actually able to go ahead. Thanks covid) birthday of the hit record.

First up was As It Is. It took barely a few seconds of their set for the crowd to be off their feet and singing along. There was a mix of tracks from their back catalogue starting with The Wounded World from The Great Depression.

There was a throwback with Hey Rachel before the middle of the set was dedicated to latest record I Went to Hell and Back with IDGAF, I Lie To Me, In Threes and I Miss 2003.

Patty told the crowd it was a hometown show as “half of the band are from Bristol.” He also spoke about how the pandemic and losing the ability to be a band affected his mental health.

The final two tracks received a huge sing-a-long as The Stigma (Boys Don’t Cry) and Dial Tones closed out the set. It was as expected from As It Is, full of energy and fun.

Real Friends were up next and just like As It Is, it took seconds for the crowd to get involved. They kicked off with my personal favourite of Me First and straight into Get By, which made this reviewer a very happy girl.

The set was extremely tight as they played through a range of songs including I’ve Given Up On You, Nervous Wreck and Mess before ending on From The Outside.

Then after a pop-punk singalong with the house music, it was time for the main event in Mayday Parade.

Before the band even took to the stage at the start of Oh Well Oh Well, the crowd were singing every word back to them and this continued throughout the set, showing that despite the album Mayday Parade being 10 (Sorry 11) years old, it was still as popular as it was on release all the way back in 2011.

Of course the likes of When You See My Friends and the tearjerker Stay were given some of the loudest reactions.

As they were preparing to slow things down with Stay and the piano came out, one excited audience member shouted out to play Three Cheers For Five Years which prompted an amused Derek to tell the crowd “we have an album to get through first.” Whether the fan was disappointed not to hear Three Cheers we’ll never know.

Derek spoke about how the past year had been a tough time with a lot of personal issues and spreading the message that whatever you’re going through, you will get through it. There was also talk of the new Stranger Things.

Once the mammoth throwback was complete, we were treated to new single Kids of Summer before even more nostalgia as Mayday Parade ended with arguably their biggest hits Jersey and Jamie All Over.

It was a great set and one I’d personally love to revisit again.