This gig trip was a sort of home coming for me. I had been a year since I had left Southampton and moved to Glasgow and what better way to celebrate than with a gig by some fantastic upcoming artists! 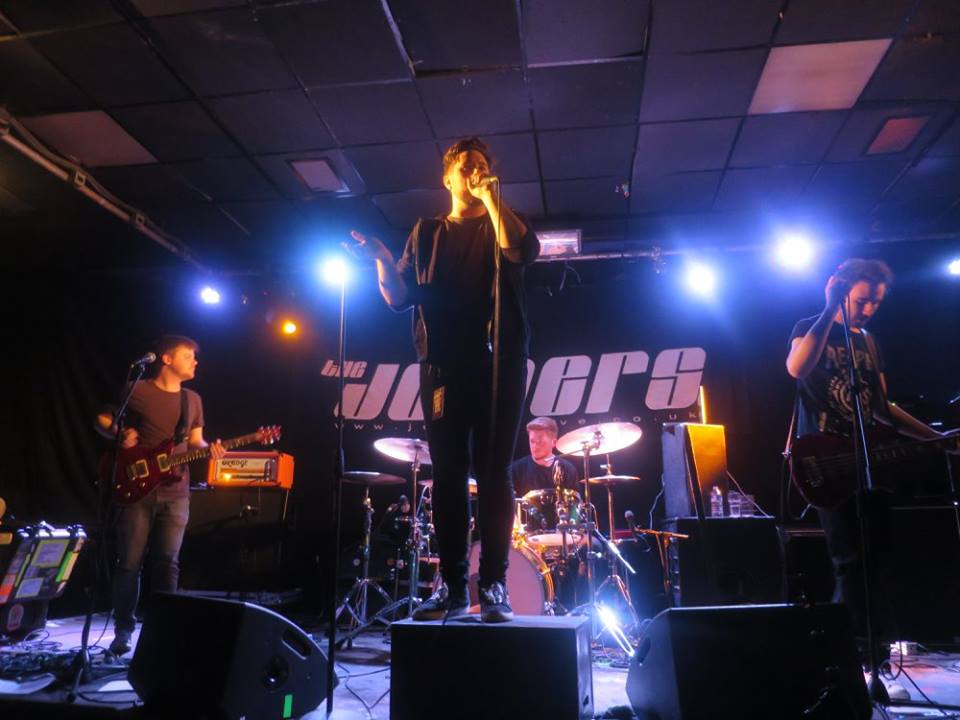 This gig trip was a sort of home coming for me. I had been a year since I had left Southampton and moved to Glasgow, and coming back to the Joiners was like coming back to seeing old friends during the Easter holidays from University. As I was queuing for show I had learned that one of the touring bands Three Times Over had pulled out of the tour as they had decided call it a day, it is always a sad note when this happens but as they say the show must go on.

Starting the night of were Scarecrow Boat a Pop Punk band with grunge undertones. Mostly the vocal lead was taken by guitarist Amelia with back up coming from Dom and Toby. When Dom took the lead vocal he fail to project his voice leaving the song a little flat. They had nice energy on stage and they did one too many pop punk jumps for my liking (every song doesn’t need one) but, if they stop this it may take away from their energy. Their Wolf Alice cover was a nice touch.
(6/10)

Delayed Departure came on stage and surprised me a little when playing their own songs as they have a commendable rock vibe running through them and vocalist Michael has a powerful vocal but, at times he sometimes seemed unsure of himself. Their songs are not reinventing the wheel but have a good spirit to them. I think with a little more gigging experience alongside gathering up some additional confidence and these could be a real delight to see live.
(6/10)

When Last Vendetta took to the stage, I was again surprised. They had a line-up change and are now female fronted. They also had a new bassist who seemed to have really bad stage fright and dragged some mud up which is best left unsaid, especially when you are on stage. They still had good songs but, need more time to practice to get things right. There was a spark about them and they did show passion on stage but something was just not quite right.
(6/10)

Up next were the Scottish pop-rockers Altered Sky and no matter how many times I see these guys and gals play live I am always blown away by the power of Ana Nowosielska’s vocals, she is truly one of the best vocalists of the Glasgow scene. With her vocals being backed up by Drummer Amy Blair, it adds a great harmony, which is especially prevalent in ‘Waves‘, which is their latest single. With edgy guitar riffs coming from Richard Passe and Ryan Zdrojewski that will entice even the most harden rock fans. On top of this, there is the unusual six string bass of Ross Archibald giving the band an extended range and at times punching into a rhythm guitar range. For a venue they have never played, in a city they have never been before they had the crowd singing along, clapping and jumping around. I highly recommend you go and see these guys play soon at a small venue before they graduate to large arenas.
(9/10)

Headline the night were Maven. The first thing that struck me was there drummer. What a set that this guy played and within one song, that alone had instantly won me over. Add in the slick vocals of Daniel Nash and this band have a sick sound. They play a very tight set and have some great riffs to boot making their songs very catchy. They play with a lot of energy and really impressed me, this is a band on the up and can’t wait to see them live again.
(8/10)