If you asked anybody about the best metal bands to emerge this side of the millennium, chances are Mastodon would be one of the first bands out of their mouth. And with good reason. In the 19 years since the release of their debut full length, Remission, the Atlanta four-piece have gone on to release critically acclaimed records, top album of the year lists and even win a Grammy. Tonight they take on Leeds, in thoroughly miserable weather it must be said. 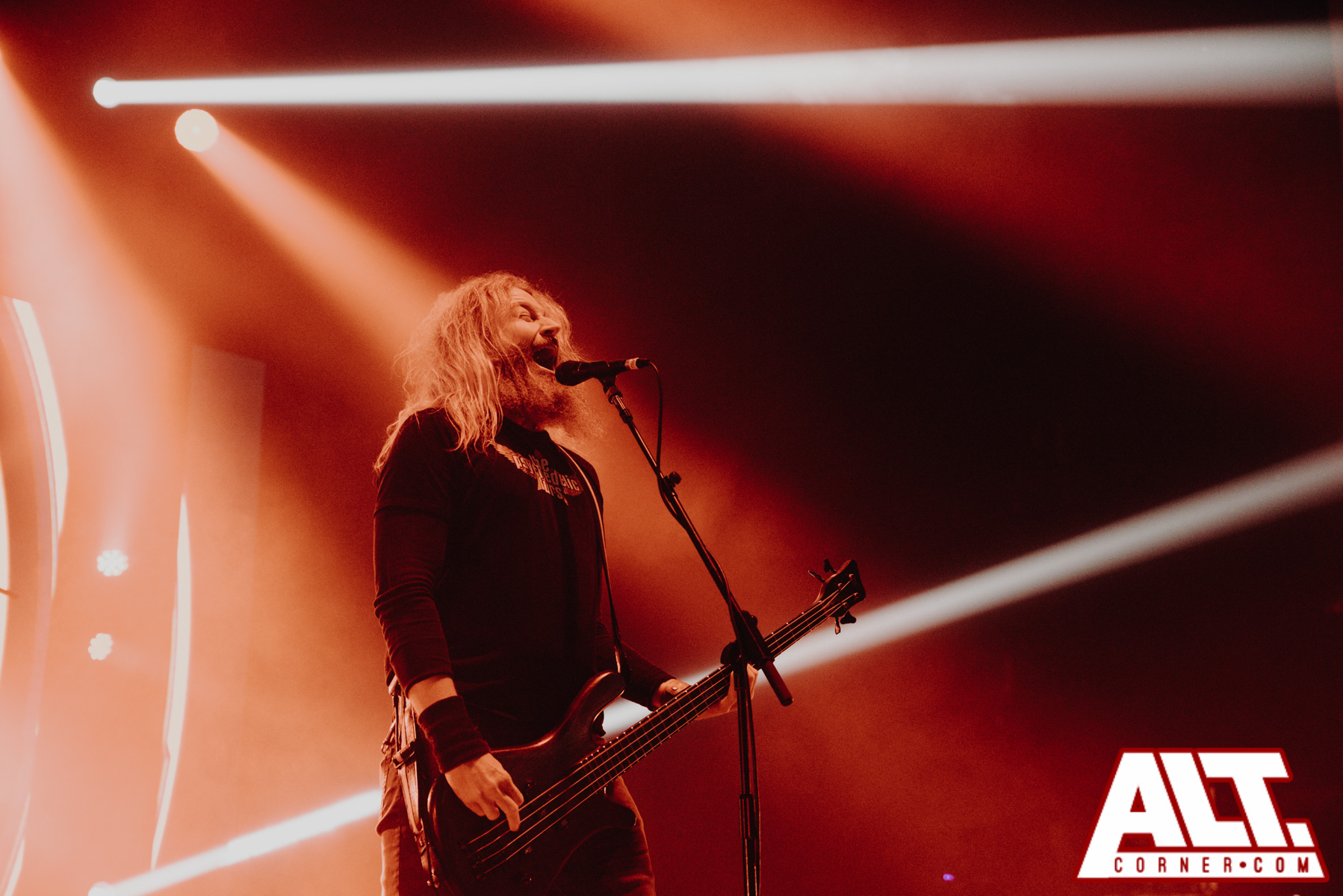 First up were Mutoid Man, but unfortunately, whether due to poor venue management or some other extraneous circumstances, a large number of crowd members, including yours truly, are left queuing round the venue as the band play.

Once we finally make our way into what certainly appears to be a packed Academy, it is not long before Kvelertak begin. The Norwegian band’s blend of rock n’ roll and black metal is certainly one of the more experimental to be seen recently, and given the departure of talismanic front-man Erlend Hjelvik, you could be forgiven for wondering how well they may now fare. On this evidence, quite well! Despite a singer clearly lacking in mobility (he takes to the stage on crutches), there is no shortage of energy as Kvelertak spring into action, the Status Quo-esque riffs causing more than a few heads to nod along. There is no doubting new vocalist Ivar Nikolaisen’s vocal ability, as he sounds excellent on all the old songs, and the performance is not lessened by his lack of movement. It has to be said, after three quarters of the set, the riffs do begin to feel very similar and things begin to feel a little lacklustre. Perhaps, when the third album comes, some variation would be welcome. But when they close on self titled anthem Kvelertak, the energy levels pick back up, and its a great way to end a support slot

It is a cold night in Leeds, as already mentioned above, so perhaps a slightly old start could be forgiven. Mastodon come out swinging with older heavier cuts Iron Tusk and March Of The Fire Ants, but is not until they kick into Steambreather, from most recent release Emperor Of Sand, that things really click. This kicks off a magnificent run of songs taking in everything from the latest EP Cold Dark Place, to classic album Leviathan. The band are incredibly tight, especially the magnificient rhythm section of Brann Daillor and Troy Sanders, who may well be telepathic based on tonight’s evidence. The songs swing on their monolithic grooves when necessary, but with expert precision exercised in order to navigate the labyrinthine progressive sections. The band are clearly enjoying themselves on stage, with multiple references and jokes made about their first appearance in Leeds, on a morning slot at the legendary Leeds festival.

The crowning moment of the set arrives in the form of frequent collaborator and Neurosis front man Scott Kelly, who joins the band for a run through of several of the songs he’s added vocals too, including Scorpion Breath, Aqua Dementia and most notably, an absolutely stunning rendition of Crack The Skye.  They close, as is tradition now, on Blood and Thunder and it is a wonderful end to a brilliant set. This is a band on absolutely top form who show absolutely no signs of letting up after nearly two decades.