Five-piece rock band Mallory Knox stood out to me so much at Slam Dunk South 2016. As this was the first time I’ve been to SD, it was a pretty big deal for me, including being surrounded by many of my favorite bands and artists. 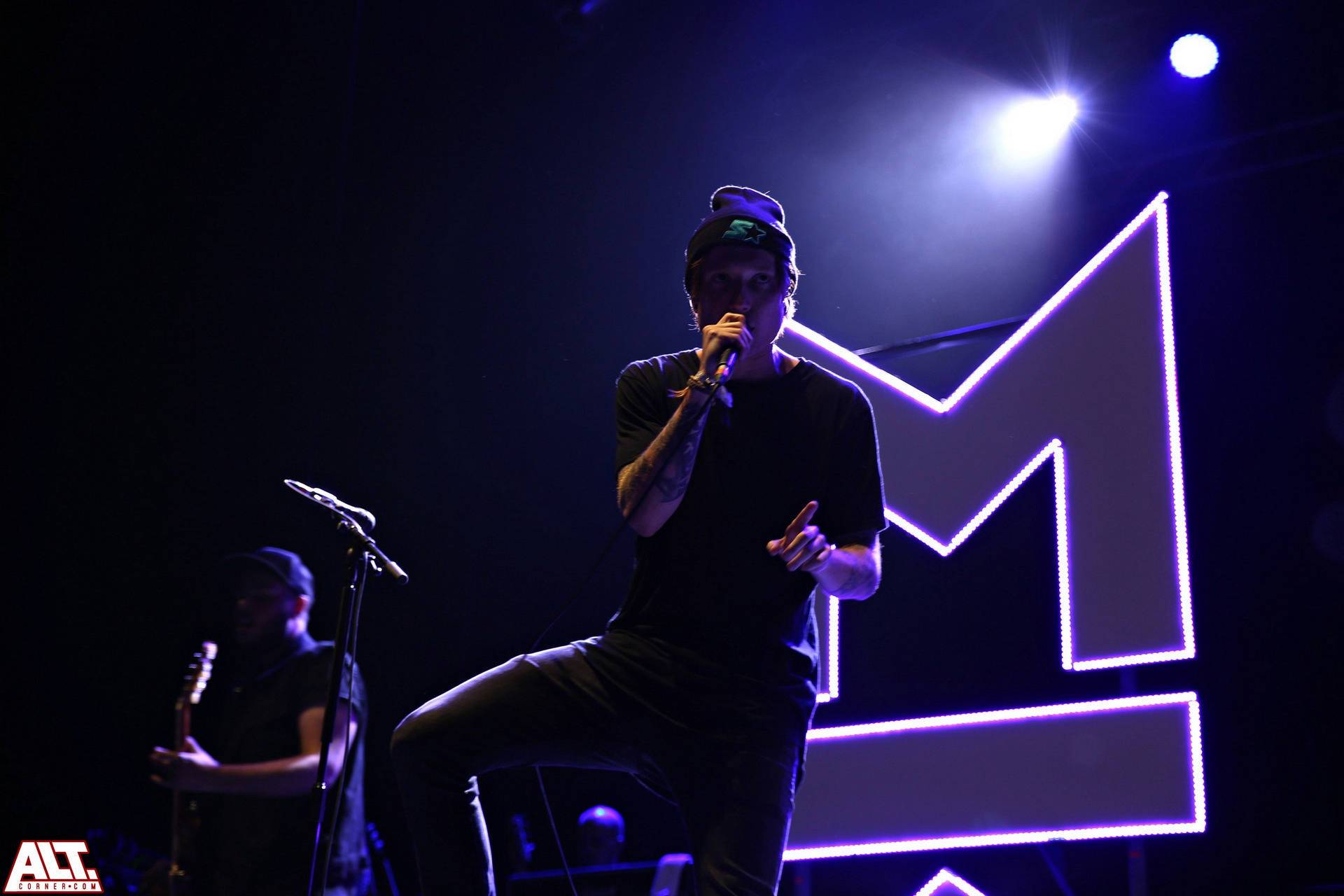 Five-piece rock band Mallory Knox stood out to me so much at Slam Dunk South 2016. As this was the first time I’ve been to SD, it was a pretty big deal for me, including being surrounded by many of my favorite bands and artists.

Around 6:20pm, Mallory Knox was due to come onto the Main Stage after Yellowcard had performed their entire Ocean Avenue album, which got the crowd hyped up for every band after. To begin with, the Champions League football theme song started blasting through the speakers, of course leading up to the band in a very unique way compared to any other concert or gig I’ve been to! As the band started walking out, the crowd started to become insane and ecstatic, which made the whole vibe even better.

They started off with one of their most popular songs, Shout At The Moon, which is one of their slower songs off the 2014 album Asymmetry. The song created such an amazing atmosphere even if it was the opener of the set, definitely making it unforgettable. Mikey Chapman, lead singer of the band hit every note perfectly, even while keeping the whole crowd energetic. Each member of the band provided great sound and amazing interaction with crowds. 8/10

The next track they performed was from their 2013 album, Signals which includes the hit Lighthouse, was Wake Up. This stood out to me out of the whole set, from the guitars at the start, to the drums throughout the whole song, it wasn’t worth missing. The performance was fun and great as most of the band made their way around the stage, not just standing in the same place the whole time. 7/10

Next was Dying To Survive. The bass really caught my attention this time, played by Sam Douglas, as well as Mikey’s vocals growing stronger with every song which was extremely impressive that he could pull a song like that off live. 10/10

Another slow-vibe song which was performed was When Are We Waking Up. Which was a totally outstanding performance, followed by Beggars. Both songs totally blew my mind, even better seeing all of the band getting the crowd pumped up created such an atmosphere that could take your breath away. It takes a lot of talent for a band to sing and play excellent live, and Mallory Knox clearly have a strong talent which will last a lifetime. Watching a band that you’ve been following and supporting since late 2013 to seeing them on the main stage at one of the most popular UK festivals is probably one if the best feelings in the damn world. 9/10

The next track was Heart And Desire. As this song holds so much meaning to me it was obviously a pleasure to hear it live. This performance was a lot softer and mellow, getting the crowd involved by waving their arms without even asking was an amazing thing to see. 7/10

Before they carried on, Mikey came to the centre to thank everyone at the show, including security, management and of course the fans that showed up to see them. He also brought up the fact they have been working on their new album, which will be the third they have released, which will hopefully be out by the end of 2016. Meaning there will more than likely be a tour. (Hopefully!)

Next was their well-known song Get Away. Which honestly, impressed me as much as the others. All I can say is that each and every song on the setlist was pretty much class. These were also followed by Ghost In The Mirror and Dare You. Mikey had asked for the crowd to create an impressive mosh pit throughout GITM and Get Away, even though they didn’t last too long. 8/10

Lastly, they finished of the Slam Dunk set with Lighthouse. As it starts from a slow tempo to a catchy chorus it had some serious killer vocals and drums. It closed off the setlist perfectly, while they announced the Pop-Punk band New Found Glory were next. 9/10

Overall, the performance by all the lads was incredible, and if anyone gets the chance to see them, they are not worth missing one bit. 9.5/10