It’s been a long time since Mallory Knox hit the road in the UK. The band are back with a new album, Wired, and this month are touring the UK with the incredible Fatherson and Lonely The Brave as support. We headed along to the opening night in Bristol. Kicking things off on the Wired […] 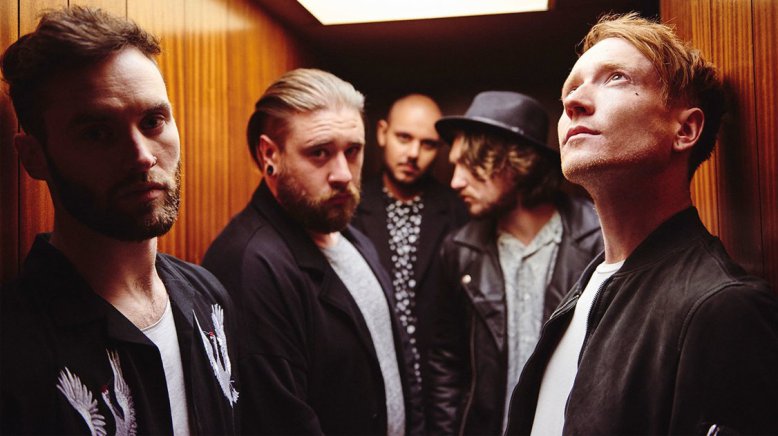 It’s been a long time since Mallory Knox hit the road in the UK. The band are back with a new album, Wired, and this month are touring the UK with the incredible Fatherson and Lonely The Brave as support. We headed along to the opening night in Bristol.

Kicking things off on the Wired tour are Scottish band Fatherson. Having seen the band numerous times in the past there was definitely something different about them this time, a real coming of age. Vocally, lead singer Ross was stronger than ever with his distinctive voice echoing around the venue. Open Book was a perfect opener for their set; full of emotionally charged lyrics and strong guitar riffs. Given the often mixed reception to support bands, especially in the case of multiple supports, Fatherson managed to grasp a large proportion of the audience as they powered through the likes of Always, I Like Not Knowing and Lost Little Boys. They’re a real talented bunch.

Lonely The Brave are a band that seem to occasionally not get the crowd reaction they deserve. It seemed a bit of a hit and miss reaction on the night, but the band put on a half hour set that, other than some questionable sound balancing, is difficult to fault. Whilst his stage presence is more demure than others, the vocals that David produces are pretty outstanding and nothing showcased them more so than Dust & Bones. Whilst it took until the final song, Backroads, for a large majority of the crowd to get involved, it was a set that fans of the band are sure to really enjoy.

It’s safe to say that Mallory Knox know how to put on a show. As ever, the bright lights of MK book-ended the stage and their loud guitar sounds filled the room. Given that this was the Wired tour it was nice to see a real balance throughout the set off material from Signals and Asymmetry as well, with each and every track getting an incredible reaction. It was three songs in, at Dying To Survive which was followed by crowd pleaser Getaway that was the moment it really clicked on the night. It was very clear that the band were excited to be back on the road and were as thankful as ever for the enduring support they get.

When Are We Waking Up?, new slightly pop-punk-esque track California (on which their Warped Tour inspiration behind the track is very easy to hear) and closer Better Off Without You were the real standout moments. The crowd were in the palm of their hands.

They’re a band that are always tight and have every element put together exactly right. Even a small technical issue with a guitar didn’t throw them off at all and their showmanship never dropped.  The rest of the tour is sure to be just as exciting.