If they slowed down the vocals but kept the playful speed of the mandolin I would have liked Old Glory a lot more. It shows great potential but, being an EP it doesn’t give them time to show all of what they have to give and I suspect they are better live than what is shown on this EP. 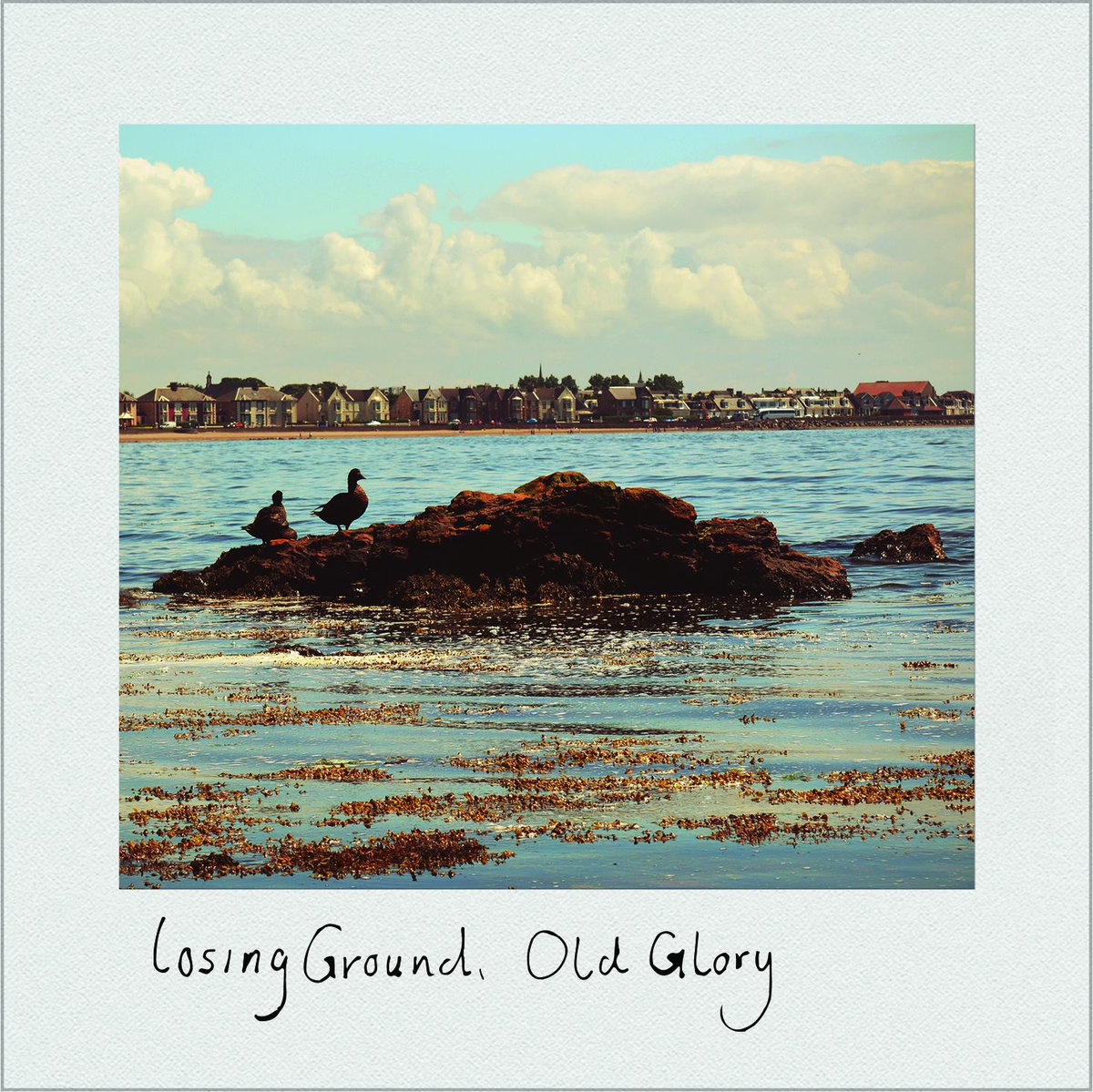 Losing Ground are an alternative punk/folk band with elements of spoken word throw in for good measure. The band are from Kilmarnock and have recently released their first EP Old Glory.

The opening track is Fundamental. It opens with a nice guitar riff, before the drums kick in with an almost playful melody. Before the vocals kick in there is a moment of almost silence, which is punctuated with the beat of a drum. The vocals come in with the singing/spoken word that has this crackle to it. The guitar and drums kick in and the playful melody is back. Which is in stark contrast to the harsh vocals giving the tune an almost yin yang feel.

Part II starts with a second of vocal before the drums kick in. However this one second of singing sets the song up to fail. It is clear that he should has stuck to spoken works. The elements of mandolin lead the song to have a energetic playful feel but, the lyrics are of a darker nature. There is a good moment of guitar solo but the opening vocal ruins the song for me.

With almost punk rock guitar About Time kicks things into gear. Added to this is the mandolin, which again, is of a playful nature and combined, you have a unique song (to my ears anyway). This is by far my favourite on the EP and goes a long way to repair the damage done by Part II.   The vocals in this track reminded me of Shane MacGowan but, with a (lot) more Scottish twang and a lot more pacey gusto. This track with its punky feel suits the vocals a lot more but, they keep that playful feel that comes across in their melody.

We Are Not Alone has a really punchy drum beat that would make me tap my feel if it wasn’t for the playful mandolin playing. This track however has an upbeat message and is a little slower than the others and lets them really explore the spoken word element of their sound. This track is a great variation of their sound and shows they can do various styles.

If they slowed down the vocals but kept the playful speed of the mandolin I would have liked Old Glory a lot more. It shows great potential but, being an EP it doesn’t give them time to show all of what they have to give and I suspect they are better live than what is shown on this EP.