With Mysterium Tremendum, Oregon metal band Lord Dying produce songs that would wet the taste buds of any Mastodon, High On Fire or other stoner/sludge metal fan. The album comes out the blocks roaring (literally) and for six songs is nothing short of excellent. 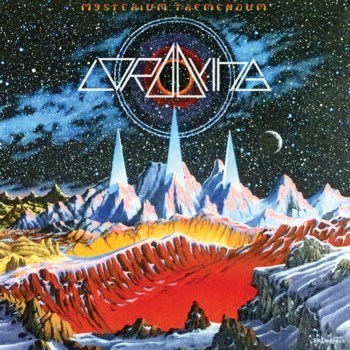 However, it falls off a cliff as it hits the second half. The songs lose their bite. They become soppy. The melody is basic. Ultimately after a triumphant start Lord Dying start experimenting with more prog-y sounds and it doesn’t work. Perhaps a record of just prog-y material might be perceived as better but when it follows such a boisterous and growly first half, it just sounds like it lacks any real substance.

The record opens with the barnstormer Envy The End. It’s the typical stoner metal song, but done to an extremely high standard. It opens with a chugging riff, a lead guitar that produces a gripping flow. Combine these with vocals that growl into the earworm of the chorus. It truly is brilliant. Leading into a more prog-y song, that acts more as an interlude/precursor to what follows. It instantly roars into the best song on the album; Nearing The End Of The Curling Worm. A six-minute epic, that ebbs and flows around a gripping wailing chorus. It is exceptional. It is just unfortunate that this level of song writing can’t be maintained throughout.

The second half of the album simply falls off a cliff. Lord Dying attempt to make the songs more prog-y with influences coming from the likes of dreamtheater and even Bowie. But ultimately the songs lack any punch or hook and are ultimately boring. All momentum that is gathered in the first half is lost instantly and even when it does get a bit more sludgy it never regains it. Ultimately the decision to experiment fails. It doesn’t work and when it follows such a strong opening run of songs it’s impossible not to be disappointed.

Mysterium Tremendum is a peculiar record in that the first half is brilliant and if it was continued throughout you’d have an album that would make many peoples end of year lists. However, the decision to change styles for the second half doesn’t work and leaves a more negative feeling about the record after it is listened through. If you are a fan of Mastodon and bands of that ilk I’d suggest giving the first half of this record a spin but perhaps avoid the second half.