Gareth Rooke attended a gig full of Hardcore bands. Ironic thing is, Gareth isn’t a massive Hardcore fan…was Lock and Key and co, good enough to win him over? Find Out Here! 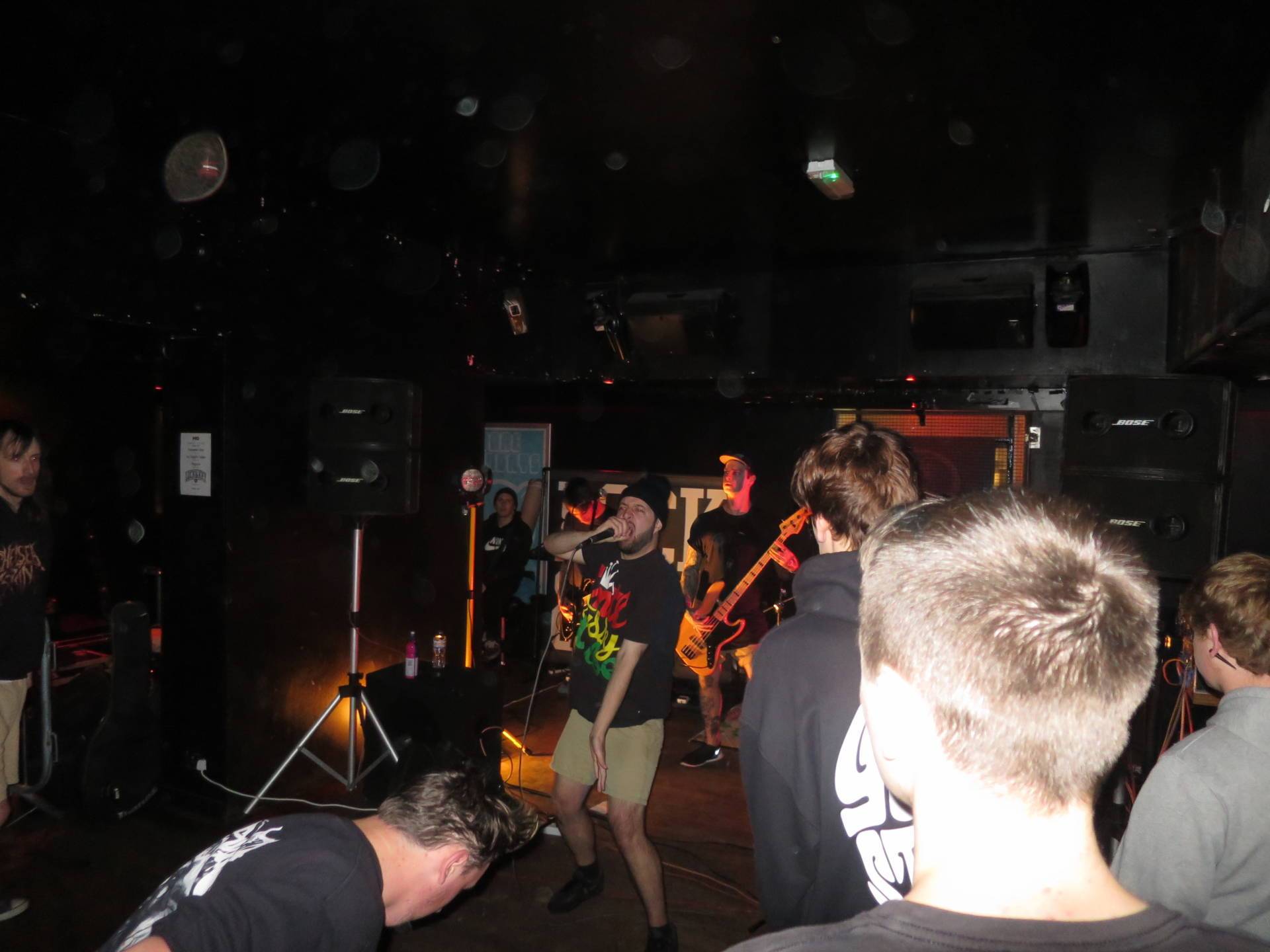 To start the night Scattered Sins took to the stage. They had some real technical problems to start with, notably the amp dying as they tried to start but, with some turning off and on and switching plugs and all was good. Moving passed this they really went for it and made up for lost time. I was loving the bass line, it wasn’t necessarily heavy for a hardcore band but it was a really infectious beat. The guitars is where the weight of their performance came in. It was as heavy as a tonne of brick but for my taste I would have liked a few more riffs alongside a few more bass drops. They did scream but it was more like a growl of an angry bear and it was refreshing to hear. I feel there was something missing tonight, but it was a solid set. They did make the schoolboy error of not saying the name of their band once during their set though. They got the crowd fired up with two man mosh pit (FYI. hardcore mosh pits are not for the faint hearted, it is more about swing your arms and kicking out, if you enter, you will get a bruse).

Up next were As Daylight Fades; a hard hitting metelcore band. Their singer was brimming full of angry energy, which was evident by the way he dismantled the barrier and forced his way into the crowd. He can scream and sing, but my god he was a full-on energetic screamer. I would’ve said I have heard bands like this a thousand times over my years if it wasn’t for the almost pop punk under tone to the guitar. The drumming was as expected, a heavy killer beat. The vocals coming from the drum could have been the lead in any band. This band showcases that there is life left in metalcore so, if you’re a fan of the genre…you’ll like these guys!

When Regions took to the stage I was expecting a pure hardcore sound but what I got was a melodic slice of heaven. Their singer washed his hands of the barrier altogether and started the set in the crowd and stayed there for the rest of the show. He commanded the crowd to come closer and then to back off for a pit, I have never seen this done in such an elegant fashion before and was very impressed. Just to up the anti he then brought the mic stand and put it in the middle of the crowd and had everyone swarm around him to join in, this moment won me over as well as anyone else that was unsure of these guys. His voice was impressive, maintaining the typical hardcore vocals but with the ability to make it sound a lot cleaner than the normal. They reminded me of the bands I saw in my earlier gig days but in a good way.

Headlining tonight were Lock & Key, and you could feel an electric energy running through the crowd. At the start of the set, the crowd had simply had enough of the barrier and lifted it up and moved it to one side. At that point it was clear chaos would ensue. The crowd jumped into a two step, the bass dropped and everything just went mental. The crowd lapped up every single moment! At one point during the night; the crowd, the other bands, the photographer and even the promoter (and I wouldn’t have been surprised to see the bouncers also) were in the pit! Rick (singer) asked the crowd, who had stage dived before, and then invited those that hadn’t to jump of a nearby table. Those of you who know me will know I am not a big fan of hardcore bands. So for me to go to a gig full of hardcore bands meant there must be a reason. That reason is Lock and Key. Like Beartooth they bring something different to their live music… something special. For me to describe it would be like trying to describe a sunset to a blind man, you need to experience it live to understand. Yes they scream, but it’s more of a dark vocal delivery with ambiance of truth. They ended the set with the song ‘So Alone‘. Rick wrote this song when he was on his death bed, describing the feelings of accepting his life could be over. This song makes me emotional as it shows you that; yes there is darkness out there but, there is a light.