Distant Like You Asked is broody, anger fueled music that has pushed the bar. Like Pacific are showing the world this is what they do, be prepared for more intensity to come from this five piece. 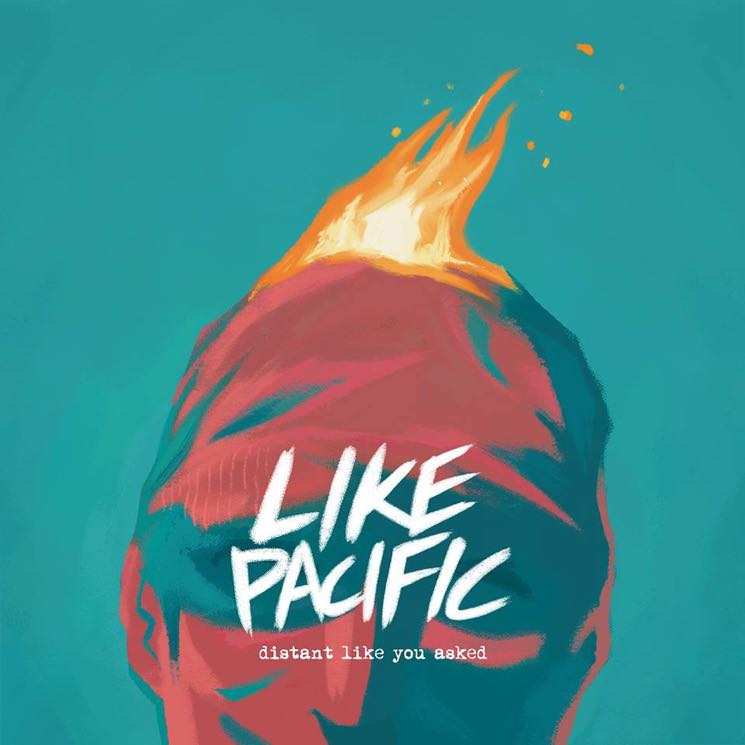 To start off we are going to talk a bit about Geography, Toronto is a city in Canada, next to Canada is a placed called America. Canada, oh Canada, a country of many wonders and beauties. Canada have given the world some legends such as Neil Young, Comedians John Candy and Mike Myers, pro wrestlers the Hart Foundation and sporting star Wayne Gretzky. That’s good and all that, but let’s get back on the ball.

On 19th February, 5 piece ‘Like Pacific’ released their debut album ‘Distant Like You Asked’ via Pure Noise Records. Check out their Facebook page, their biography reads ‘Stay Pissed’ and that is the winner of the biography awards if there is one.

Back to what we’re here for, the music. Like Pacific have offered the first world a menu of pop punk which would please fans of Blink 182 and Sum41. This menu does at times needs to be re-imaged by Gordon Ramsey’s Kitchen Nightmares team. Pop Punk is a genre that many fall in to and can never get out.

‘Richmond’ is the opener and goes straight for the jugular, the throat punch that has won many fights in pubs and street fights. The lyrics are deep and melancholic by the lead vocalist Jordan Black. It’s a fast paced intro with clear vocals. Already this track stands out for me and it is only the beginning.

There’s a maturity in this album as Like Pacific are managing to push this genre to a different level. Listen to the lyrics and how well their sound blends with each other. ‘Worthless Case’ is a fine example of how well these guys can play, write and be.  ‘Commitment’ was a track I think everyone can relate to, as it possesses some truly cut-throat lyrics detailing the strife that comes with the track title.

Distant Like You Asked is broody, anger fueled music that has pushed the bar. Like Pacific are showing the world this is what they do, be prepared for more intensity to come from this five piece.