Kicking the night off was Genus Ordinis Dei. The first thing that hit me about them was the Brilliant rhythmic drumming. There were layered with good heavy guitars with plenty of meaty rifts. As a metal band they used a backing track effectively and was not over used to the point where I was cursing. They […] 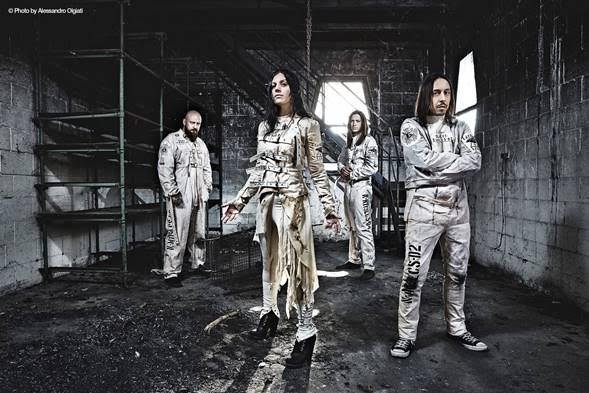 Kicking the night off was Genus Ordinis Dei. The first thing that hit me about them was the Brilliant rhythmic drumming. There were layered with good heavy guitars with plenty of meaty rifts. As a metal band they used a backing track effectively and was not over used to the point where I was cursing. They sound was a lot more progressive than a lot of UK metal bands I have seen but, what let these Italians down was the generic growling vocals of death metal that people will love but, I just don’t.
6/10

Up next were Forever Still, a band I have see a few time now.  This Danish metal outfit always bring their A game and tonight was no different. Every time I have seen them their is a line up change and this tour was no different as their was another change with a new live drummer.  The drumming was quick bony and on the right side of heavy fitting into this was the guitar play was full of hooks, rifts and change ups, Partsch has true dexterity on the guitar which few master. Maja has a great voice can serenade you like a siren but, in and instant be wailing like a banshee. I have seen them play small venues up and down the UK, and a big venue like tonight really suits them and gave them more gravitas on stage (It was a shame they didn’t have the full stage space to show off on). They play a new version of “Save Me” with a great guitar flex change which caught me off gaurd. Go and listen to there latest single “Miss Madness”
9/10

Headline the show and the band that everyone had come to see was Lacuna Coil. For those that haven’t seen them they are a dual singers band with female clean vocals and males dirty vocals but not true sense as his vocal is never a true growl or distorted, yes he brings the noise and the screams but in a more measured way. In the modern and new wave of Metal bands dual singer are rarely used like this, most have the clean vocal or dirty vocal coming from the bassist of one guitarist.  And for them to have been going for as long as they have and to still be as big as they are they truly know how utilise this as a weapon and as selling point. Adding to this their whole stage set dressing is set to their theme and with them all dressed in there white insane asylum robes like Slipknot orange jumpsuits set them off as a true metal band. That being said there was no most pit, and I feel this is not what their fans do but, I feel at a festival there would have a pit. They have great guitar solos mixed with some good heavy guitar play that make me grin like a cheshire cat. They play a good mix of old songs and songs from the latest album “Delirium” but, it was clear that the crowd love “Heaven Is A Lie” the most.
9/10