Korn and Limp Bizkit, with a little help from Madball, brought nu-metal nostalgia to Wembley Arena on Friday night. It was perhaps a surprise to see New York hardcore band Madball on a bill with two of the biggest nu-metal bands of all time. But it turned out to be an inspired booking. Madball took […] 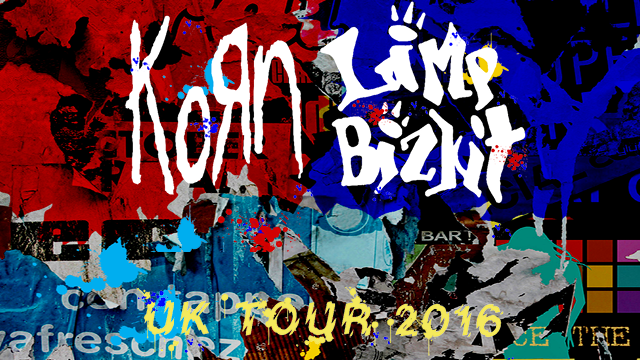 Korn and Limp Bizkit, with a little help from Madball, brought nu-metal nostalgia to Wembley Arena on Friday night.

It was perhaps a surprise to see New York hardcore band Madball on a bill with two of the biggest nu-metal bands of all time. But it turned out to be an inspired booking. Madball took to the stage to quite a subdued response from the crowd. It didn’t take long, however, for the raw energy of their hardcore sound to rub off on the crowd. It only took until the second song for a mosh pit to open up and this energy continued throughout the set. The energy bought by Madball warmed up the crowd brilliantly on this cold Friday night and built the anticipation for Limp Bizkit and Korn brilliantly.

First up of the nu-metal heavyweights was Limp Bizkit. The band came on to a remixed version of the intro track to their album Chocolate Starfish and the Hot Dog Flavoured Water, and like on the album they opened the show with Hot Dog. As soon as that opening riff started and Fred Durst shouted down the mic, Wembley knew it was time to party. With only an hour and fifteen minute long set this set list was just classics and this showed as every word to every song was shouted and sung back to Limp Bizkit, every song had the crowd off its feet and every song left a smile on everyone’s face. This was Limp Bizkit back to their best, with their comic stage patter filling in brilliantly between the songs that speak for themselves. When a band like Limp Bizkit are at their best, they are one of the best live bands in the world, and tonight they were very close to their best.

Not many bands would be considered capable of following Limp Bizkit on tonight’s form, but one band who could is Korn. The anticipation was high as Korn took to the stage, opening with Right Now and Here to Stay the crowd erupted. As Korn rattled through their setlist, the crowd seemed to get more and more energetic. Even songs off their new album transferred brilliantly to the live environment. The setlist, as expected was brilliant, even if the partial cover of Word Up wasn’t the greatest addition to the setlist but this didn’t detract from the live performance and the crowd lapped up every song. A particular highlight being when they dropped a snippet of We Will Rock You in the middle of Comin Undone. Ending their main set on Good God, to celebrate the 20th anniversary of Life is Peachy, a massive wall of death being the particular highlight of this song. After milking the demand for an encore, Korn came back on and ended the night with the two classics, Falling Away From Me and Freak on a Leash. This was, as expected, a good set from Korn, but in truth came nowhere near the heights set by Limp Bizkit, earlier in the night.