Kill City Radio and More Than Most, The Buff Club, Glasgow 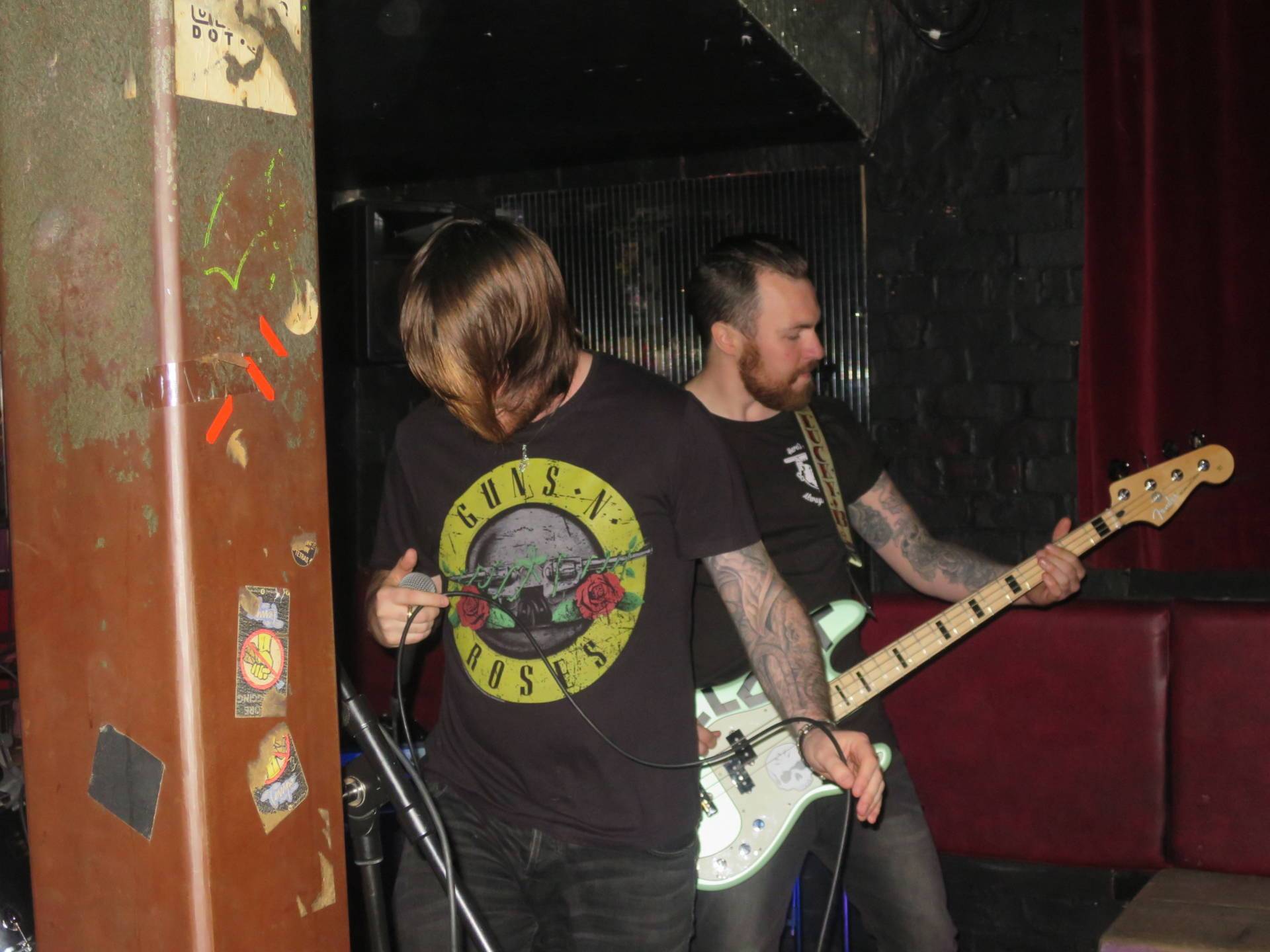 Tonight’s gig took me to The Buff Club, a venue I have never been to before and I will be in no rush to go back. This was down to the overall smell of vomit that hit me in the face as I entered the venue. Apart from that it was a nice venue that had a late 80’s / early 90’s feel to it.

Up first tonight were a six piece sing and screamo band called Nothing But The Night. As the stage was small both singers wandered through the crowd. They provided a rock/metalcore vibe and their sound was a lot of intesne banging of drums and thrashing of guitars, but with a lack of hooks or killer riffs I was left un-inspired by them. Their sound may be good for those into this scene but for me I could have skipped it.

Remind Me Of Home came to the stage next and I was not sure what to expect from these guys. What I got was pure pop-punk energy. A great bass beat had me toe tapping and head banging and on another night I would have been jumping. The guitar work was full of pop punk hooks. When it came to the vocals this was another Scottish pop punk singer with an American accent but, at least he spoke in a Scottish accent. Their sound was great and on another night with another crowd they would have been great, it just seemed they needed to feed off of the crowd which unfortunately they did not do, which left their sound and live experience seeming a little generic.

Up next were More than Most. An alternative rock band who right from the get go had a packed crowd who were huddled around the stage, brimming with excitement. They execute high-energy on stage and during their set Izzy and the lads can be found in the crowd dancing along. Throughout the set the crowd was jumping around, dancing and singing along but, the fable all female wall of death and mosh pit never appeared tonight, not even during ‘Nightmare’. Izzy has a rich but dulcet tone that can hold a crowd on every word.  Even during ‘Feed the Fire‘ with the crowd trying to sing along to the lighting speed lyrics (I am not sure anyone did correctly!). They have a great old school rock drum beat that just eats at you and makes you want to move. Their guitar has some good hooks and the riffs have a playful almost soulful tune. They ended the set with ‘You’re Not Alone‘ their most well know song. This plays more on the electronic side of things, and even though the lyrics are of an unhappy thoughts the song leaves you with a smile on your face and thankful that you could see this band live.

Headlining tonights gig were Glasgow’s own NED punk rock band Kill City Radio. They are a fully fledged ‘Fuck It’ band and in their own words play “Our version of Punk”. I still can’t understand a word they say between songs so I apologize if I get any of these song titles wrong. With a hard hitting drum beat, piercing guitars and a singer with powerful vocals that sound like he is trying to inform as well as making sure they have a good time, of course. During their set the lads from More Than Most started a mosh pit that got all the crowd fired up. With songs like ‘Break These Chains‘ a song which is basically a fuck you to the Tories and ‘Civer of Cieden Of The Night‘ which is jokingly a song about everyone being NEDS they definitely have the punk spirit in them. Add in the songs ‘Soup Kitchen’ which is a song about the dark side of the internet (that place you visit and then delete your browser history). And my personal favourite ‘Something Else‘ which is a very upbeat tune with a good message behind it. Great Band.