We start the night a band down as Scottish rockers Vukovi are unable to make the show due to the adverse weather conditions. Opening up this year’s Kerrang! Tour are Welsh group Casey who get things off to a flying start. Playing what is practically a hometown show, its no surprise that most people actively […] 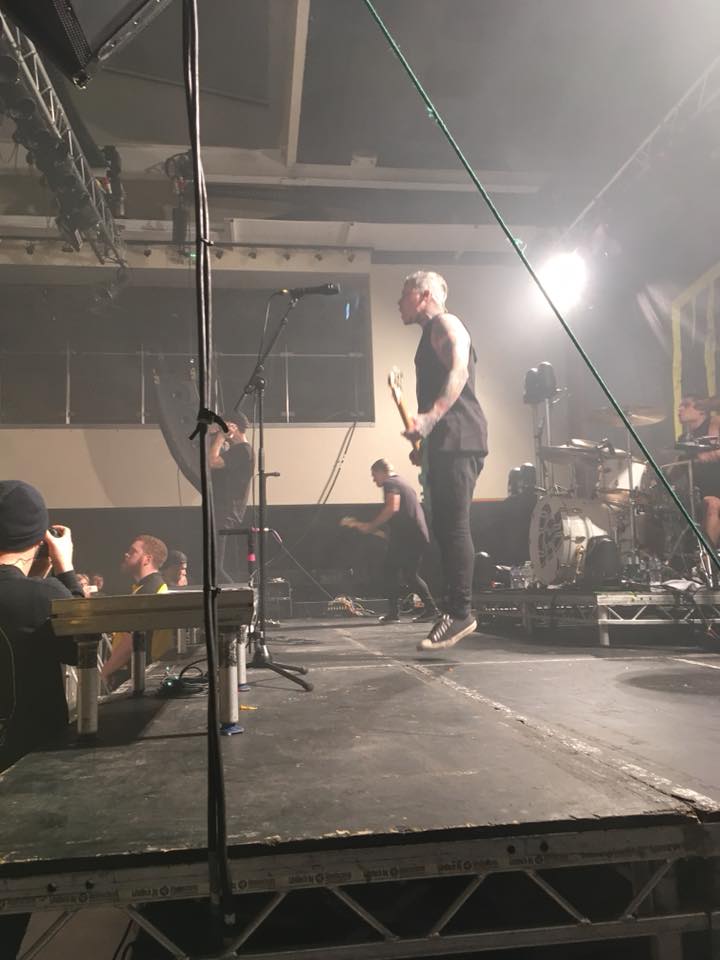 We start the night a band down as Scottish rockers Vukovi are unable to make the show due to the adverse weather conditions. Opening up this year’s Kerrang! Tour are Welsh group Casey who get things off to a flying start. Playing what is practically a hometown show, its no surprise that most people actively join in with every track, including brand new single Fluorescents. Frontman Tom Weaver’s emotion shows through his powerful vocal delivery and while the rapid rise of the band doesn’t come as a shock, they remain humble, thanking the crowd for “coming down early and giving us 25 minutes of your time”. It’s easy to see these going much further than they already have!

Next on stage and completing a mini tour reunion from earlier this year are Boston Manor. The Blackpool rockers have a good energy, with frontman Henry Cox a ball of energy dancing around the stage. There are issues with his microphone that take a little while to sort out, however, the crowd aren’t too bothered as it gives them more time to chant ‘Boston Manor’, which becomes the way to fill the silence between songs. It’s not hard to see why they receive such a good reception with catchy songs, and the aforementioned energy, seeing the first crowdsurfers of the night. New single Drowned In Gold goes down well as does fan-favourite and closer Laika.

Finally headliners The Amity Affliction take to the stage with stand-in drummer Casey McHale (ex-Funeral For A Friend) and kick things right off with fan-favourite I Bring The Weather With Me with frontman Joel Birch effortlessly moving around the stage. One thing that always stood out to me about The Amity Affliction on record was how Joel’s unclean vocals and bassist/vocalist Ahren Stringers clean vocals gel together so well and hearing them live for the first time sounds even more incredible! Ahren’s soft melodies lull you in before you’re hit by a sucker punch to the face with Joel’s brutal screams. There’s crowd surfers galore throughout the set and the crowd scream every word alongside the band. Things calm down for a massive sing-a-long of emotional track All Fucked Up, led by Ahren. Unfortunately things come to an end with This Could Be Heartbreak and the crowd are left chanting for an encore, not wanting the set by such an incredible live band to end.