Starting the night were Sunny Devils. They provide a stripped back sound with great vocals, even if he was not really pushing his voice (either that or he was just that good). The drums are too soft at times but due to stripped back sound, you can’t have metal drum thrashes. Simple but elegant guitar […] 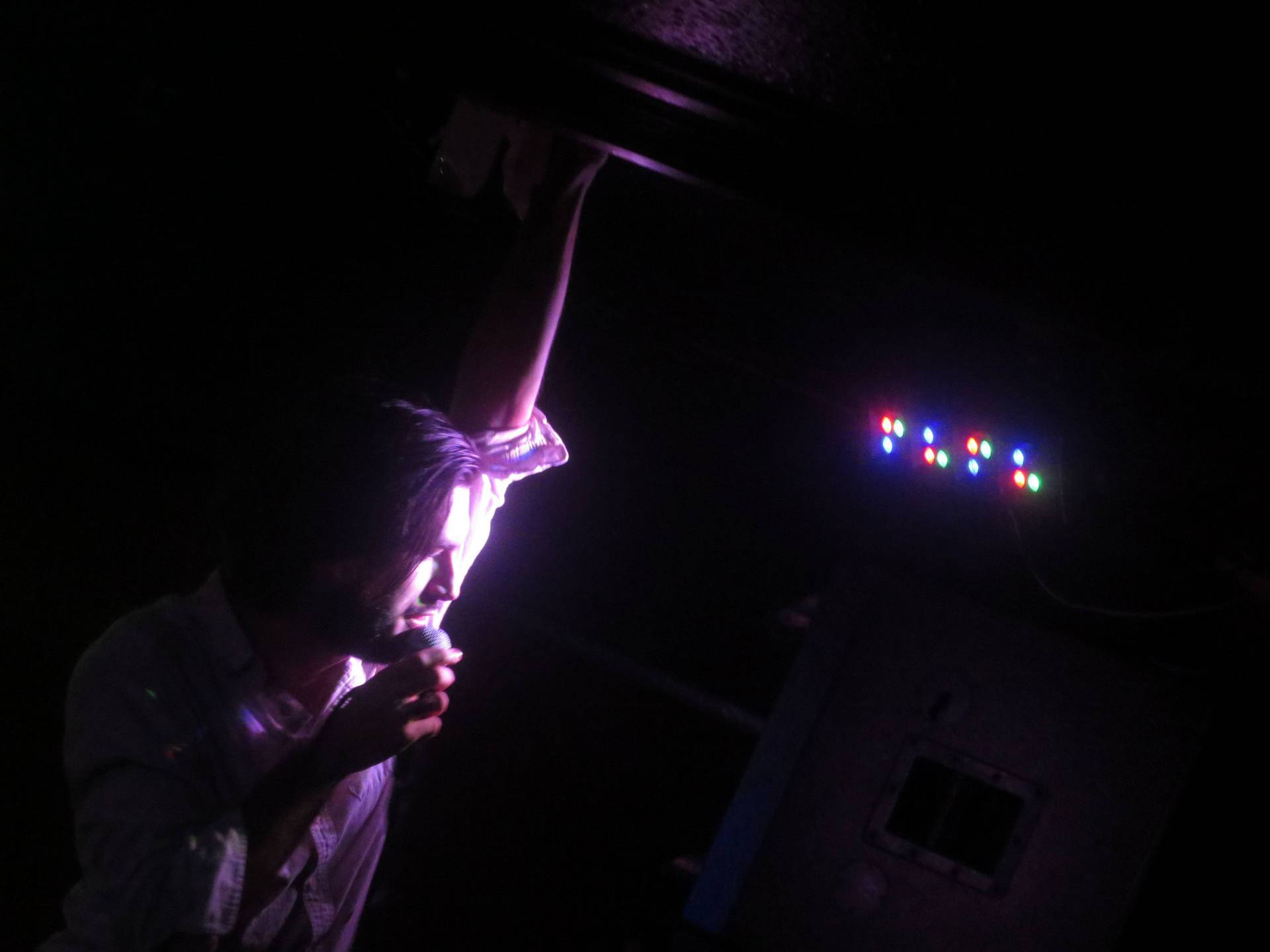 Starting the night were Sunny Devils. They provide a stripped back sound with great vocals, even if he was not really pushing his voice (either that or he was just that good). The drums are too soft at times but due to stripped back sound, you can’t have metal drum thrashes. Simple but elegant guitar play which suited their overall theme.
7/10

Huxtable came on stage and I was already growling at yet other two piece band. And this would be normally where I would bag on a two piece as they are never as good live as on record, this is because you need to be close to perfect live as I (and you) will hear all of them. Tonight had one or two mistakes but, Huxtable have gone a long way to dispel my long held belief in two piece bands. Huxtable are heavy, loud and obnoxious and are not ashamed about, well worth going to see live.
8/10

Fizzy Blood came to the stage and brought the fun with them. This is personifed in their bassist and his gurning while he plays or what as it is more affectionately known as bass-face. They have a great heavy feel that compliments their singers voice, which can lull you into a false sense of security before killing you. This is matched by how they can be playing in a frantic chaotic mess and on a single note go to a calm state. They throw a little electric twist with the keyboard which is a good touch and much better than having a backing track.
8/10

JPNSGRLS took to the stage and even though I was aware of them I was not prepared for their live performance. They bring 70s flower rock with a modern pop twist, teasing you with playful guitar flexes. The drumming for me is a little too soft but, it fits their theme. The singer has a voice that demands your attention and drags you into their set. And this is not even the highlight of the show. Their vocalist is a true performer on stage, the song Moves Like Jagger must have been written about this Canadian. He was bringing out all the old school rock moves on stage and some new ones. He moved so elegantly on stage at times he would have had any ballroom dancer wishing they had half his skill.  I could have listen to a three hour set and not got bored. I would recommend going to listen to “Southern Comforting” followed by “Bully For You“.
8/10