When headliners, Issues took to the stage, the room erupted into raucous applause, whistles and screams from the many adoring fans… 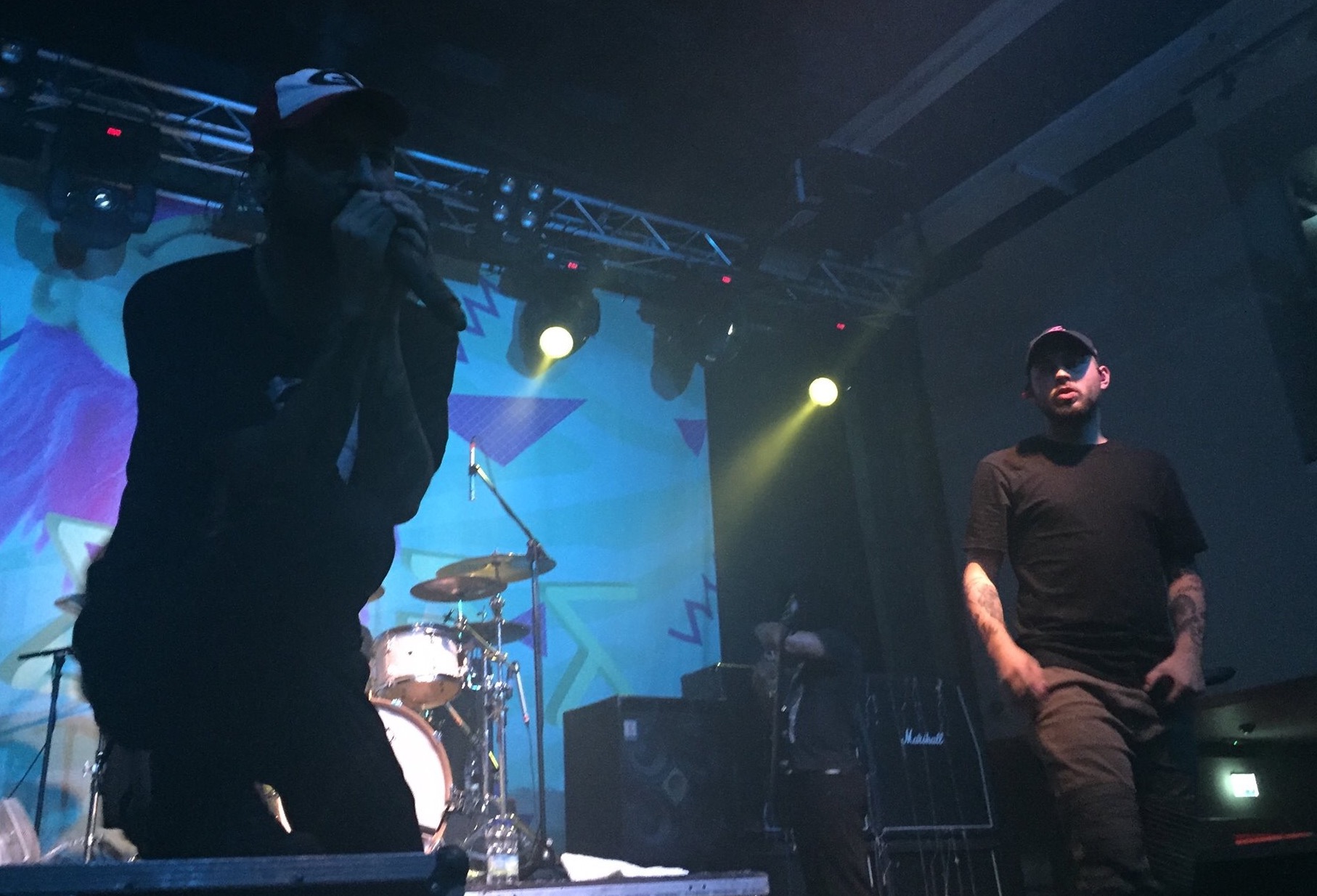 Y Plas at Cardiff University’s student union was the first stop of Issues’ Rebound tour in support of their recent release, ‘Headspace’. Usually a nightclub, Y Plas is becoming more and more known for its hosting of live acts.

The night’s opening act was local boys, Astroid Boys. They may not have been everyone’s cup of tea but they put on an excellent performance. The crowd seemed to really get into them and they had their loyal followers in attendance to add to the atmosphere.

Next up were politically motivated, London based band, Hacktivist. They were the heaviest band out of the three on show tonight, for sure. The crowd really did wake up when these guys came on, the mosh pit was alive and kicking and on the final song of their set there was a sea of middle fingers in the air and a “Fuck David Cameron” chant. A real sense of music bringing every one in that room together really was a sight to behold.

When headliners, Issues took to the stage, the room erupted into raucous applause, whistles and screams from the many adoring fans. Towards the middle of the set they decided to do a slowed down, acoustic section that went pretty well. There was a more light hearted, comedy moment when vocalist Tyler mistakenly said apple instead of album. Issues gave an outstanding performance, they fed off the crowd and both vocalists complimented each other like they always do, not to mention both Mchael and Tyler were pitch perfect. Issues gave a set list that would please new and old fans alike.

Despite the few glitches with the microphones and on occasion not being able to hear Michael, tonight was an incredible start to the Rebound tour. All three bands were incredible. They are all playing Slam Dunk Festival, Issues are on the Atlas stage, Hacktivist are on the Impericon stage and Astroid Boys are on the Uprawr stage, so if you are attending go and check them out. You will not be disappointed.