Based in Milton Keynes in the UK, Insurgency is an up and coming festival ran by the Peachey brothers of The Acid Ballet, on the 11th of March 2017 I went over there to check it out and here’s what went on: Stolen Serenade Acoustic Opening the festival come the poppy, upbeat tones of Stolen […] 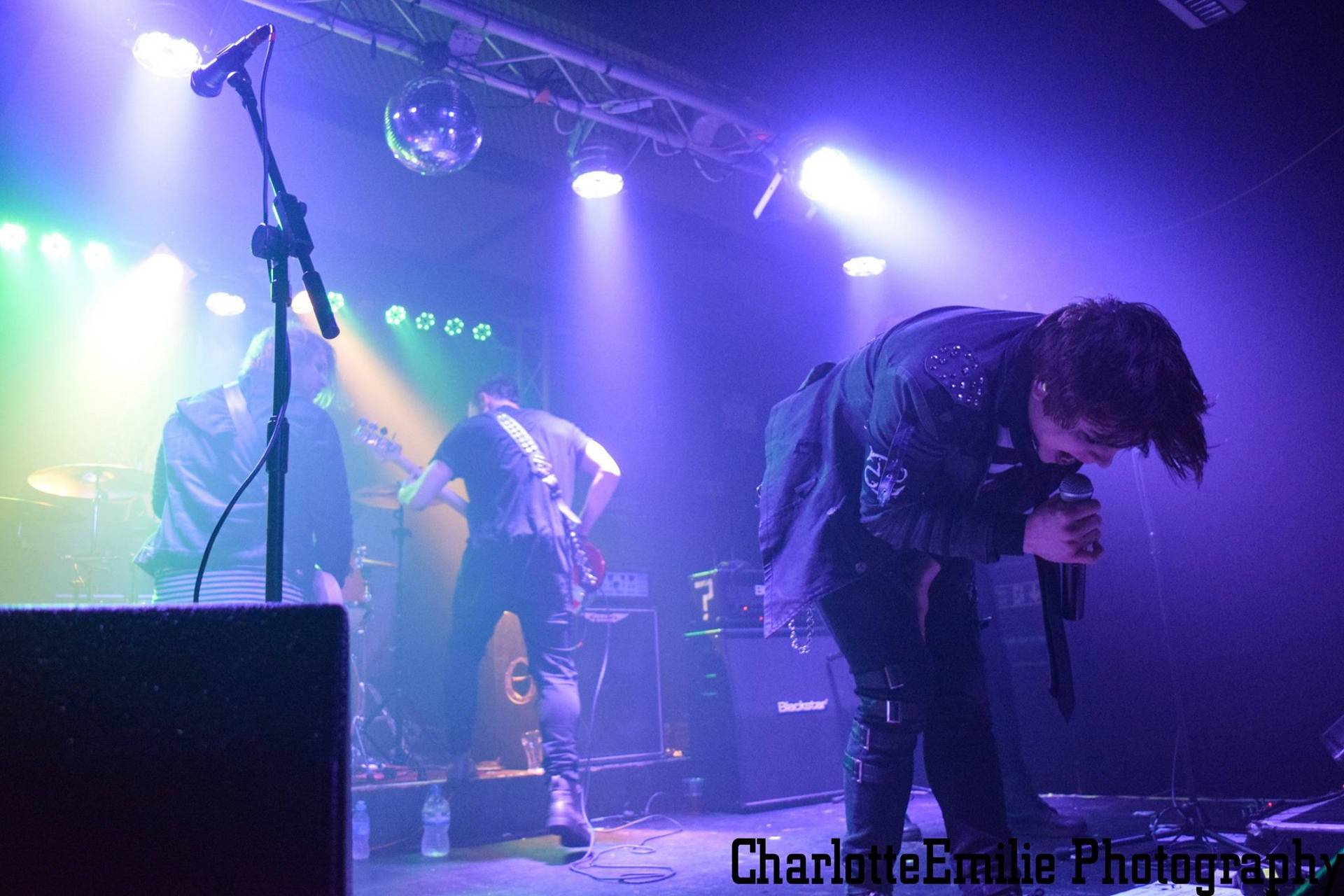 Based in Milton Keynes in the UK, Insurgency is an up and coming festival ran by the Peachey brothers of The Acid Ballet, on the 11th of March 2017 I went over there to check it out and here’s what went on:

Stolen Serenade Acoustic
Opening the festival come the poppy, upbeat tones of Stolen Serenade, drawing in the crowd and piquing every-ones interest, their acoustic sound has a mellow upbeat feel, which for so early on in the day is exactly what you need to awake you from your post-Saturday afternoon nap.
Sounds Like: All Time Low tripped and fell into a puddle of chilled out mud that Hayley Williams had bathed in.

Mia Morcombe
Next up is Girl + Uke a.k.e Mia Morcombe, minus her usual ukulele due to an unforeseen battle with a door, that she lost at expense of her playing hand. Replacement comes in the form of Luke Johnson from the Dum Dum Boys accompanying Mia’s poignant, soft vocals, mixing in a selection of covers with her own soft songs and gentle way and renders those watching absolutely silent and awe-struck at this young girls talent.
Sounds Like: Lana Del Rey grew a longer fringe, started smoking and decided to take up ukulele.

Mitch Emery
Following on from Mia’s poignant and softer songs comes a little something to wake everyone up in the form of Mitch Emery, quirky singer-songwriter with his own personal twist. Hammering through his set to (encouraged) heckles from the crowd you can tell that the crowd are loving the interaction and really get into the spirit of things, contrasting with his dark, yet eclectic catalogue of songs and debuting some of his new stuff with the help of Angus Peachy from The Acid Ballet.
Sounds Like: Damien Rice went out for Ice Cream with Corey Taylor from Slipknot and got a bit of blues on his shoe.

James Shaw
He takes the stage,washed in an ethereal blue light to play his dark songs, laced with story telling and intricate guitar work, he gives his own interesting twist on his original songs and leaves the crowd impressed by his and his lead guitarists unconventional twist on storytelling, giving the crowd something different, and something they are definitely not used to seeing
Sounds Like: Crash Test Dummies took some helium and decided to play an acoustic guitar.

The Acid Ballet Unplugged
Following up from the chilled vibe that James Shaw had, The Acid Ballet could be likened to a kicking awake. Loud, In-your-face and heavier than an elephant on steroids, even acoustically TAB are heavy and in your face, Angus and Lucy give off a serious rock-star image, bathed in red lights. It’s impossible not to be entranced by the melodic yet heavy sound they have and it’s clear that the crowd love what they are seeing!
Sounds Like: Birthday Party era Nick Cave went swimming in a black swimming pool with Dave Vanian and Andrew Eldritch (with a bit of metal thrown in)
Just Friends
Just friends are by far the most unique band on this schedule. An unusual mix between rap, rock and EDM they put their own nightmarish twist over an EDM base. Their act, also consisting of dance, as well as music is definitely something different. It’s impossible to take your eyes off this act and their rap-rock combination has such a sleek twist on it, they are one to watch.
Sounds Like: Skrillex met Kate Bush on a night out and fell into an Emilie Autumn concert.
Acolytes
Watching Acolytes live, it’s hard  not to think of Black Flag, old school style hardcore-punk. They’re incredibly hyperactive and so fast paced it’s hard to keep up, their music is fast and furious, much like their performance style, which includes throwing bits of the drum kit round and climbing down into the audience to have them hold their mic – they’re definately an incredibly fun band to watch and so high energy, it’s impossible not to smile after watching them.
Sounds Like: Black flag dug a hole with the Misfits, then got lost in the dark.
Dum-Dum Boys
The Dum-Dum Boys, provide their own style of Brit-pop punk twist, taking cite from Slaves! and their one guitar, one drum setup, it feels simplistic but comes across slick and well rehearsed. Their style feels very in your face but with an interesting combination of sounds and songs, they are very much loved by the audience.
Sounds Like: Slaves and Oasis got held up in a grocery store and ended up arguing over what pizza to buy.

Get Your Head Straight
Get your Head Straight are straight up pop-punk, taking inspiration from bands such as The Story So Far and other successful bands of the like. They show that the pop-punk generation is not dead and is here to cause a stir, with sugar coated melodies and edgy vocals, it’s very much something different in the line up, but fits perfectly, and their incredible songs get the crowd moving.
Sounds Like: Sugar coated Fall out Boy baking cookies with A day to Remember.

Feedback Aftermath
Walking on stage it’s clear to see that this band are definitely going for a shoe-gaze Moose Blood-esque feel that works and their gravelly sounds are complimented by their grungy appearance and 90s sound, It’s clear to see that the grunge fans are loving this band and, this definitely amps up the already incredible atmosphere and adds yet more variety into the already varied mix that was selected for today’s show.
Sounds Like: Nirvana and Moose Blood had a grunge baby, then fed it a little Metallica just to add a hint of heaviness to the mix.

Icarus Fell
Being the second to last band Icarus Fell have some big shoes to fill, but definitely succeed in doing so, smashing the ball out of the park in their own melodic, heavy style, they have an unusual style but it definitely works, really ramping up the vibes in the venue and leaves everyone blown away by their funky twist on the usual metal genre and succeeds strongly on getting everyone excited for the headliner of the evening
Sounds Like: A funky cat got lost in a park and happened upon Bruce Dickinson.

Solace In Nightmares
Solace definitely brought the SIN with them, as they smash into their first song of the set, and as they do, you can almost see peoples faces melting. Charging through each song with fervour and passion, you can see the enjoyment of their faces as they have the crowd eating out of the palm of their hands, encouraging various acts from earlier on in the day on stage to do various songs with them, the sense of camaraderie at this festival is incredible and you can tell everyone’s enjoying it. Luke Lucas being the whirling ball of energy he is, gives everything he has right until the end, and, the festival is closed with no other than Danger Zone for all the Archer / Top Gun fans out there!
Sounds Like: A paint bomb went off in front of a steampunk convention where vampires were playing a heavy rock song.