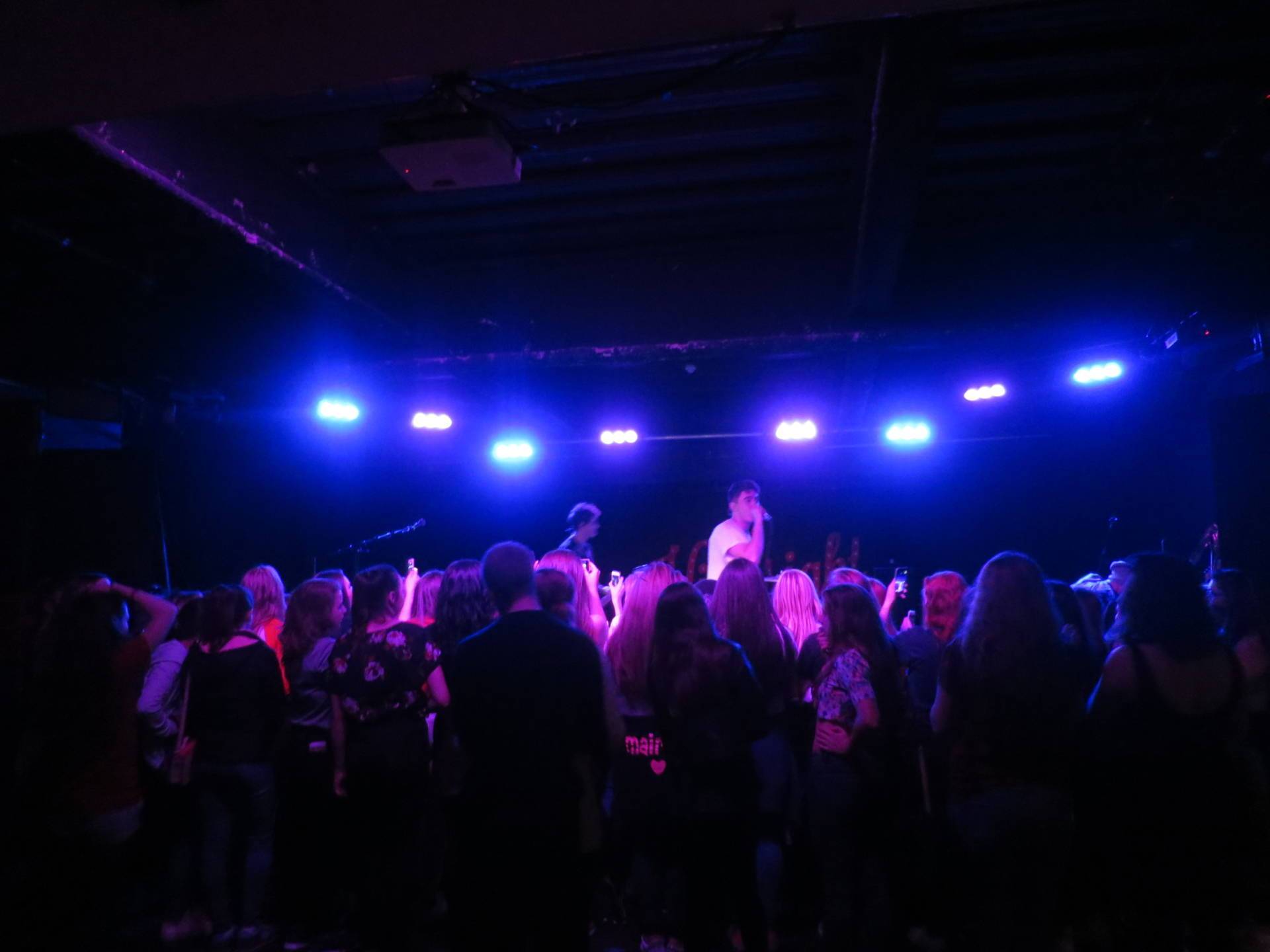 Opening the show were The Limic who are a very pop-driven rock band. They claimed to be a band for only four days but this didn’t show and seemed a little hard to believe from this performance. They really knew how to get the crowd involved with the show. They had very catchy songs which I could see being played on the radio but The Limit were far too ‘poppy’ for me.

Up next was Sally Pepper, one of the reasons I had come down tonight. I was not disappointed. Her voice has this raw talent to it and it just seems to make every hair on my neck stand up. Add on top of that her stellar guitar playing… she is in my top five solo artists I have seen live. With her loop pedal set up,  you get an experience thats not like many other acoustic sets I have seen in recent years. When she played ‘Nothing‘ I am not ashamed to admit a little tear did escape my eye.

When these Welsh boys from 4th Street took to the stage I was not sure what to expect. What I got was a heavy indie rock sound. Their singer had a deep voice that demands your attention and their guitar work reminded me of late 90s American rock bands; think Bryan Adams meets Bon Jovi. I was a bit sceptical but, they won me over. They are a band I would see again. These Welsh boys may need to tone down their language for an all ages gig however.

When Adelphia took to the stage they instantly hit the crowed with their heavy sound. Nicholas’ vocals are piercing and really demand your attention upon every word. He does suffer a little from SITM (stand in the middle) at times when singing but does move around and even pop punk jumps between verses. They have guitar hooks aplenty but are not over used. The alt-rock sound is the reason I love live music as that energy can not be translated into your sound equaliser on iTunes and these guys demonstrated that perfectly. Tonight they stole the show for me.

As In Hindsight took to the stage and the screams became deafening! The crowd were really up for this tonight and this translated into a burst of energy on stage. As soon as the sound kicked in with a great drum beat, there was a rock undertone but everything else about them has a pop sound. Their music is catchy and Michael Newcombe has a great voice that held a vice grip on the crowd. Their overall sound is much better when Michael Newcombe is playing guitar. For this show they did a cover of The Proclaimers ‘500 miles‘ and that was a highlight for me. Having seen these guys before they seemed a little off top form tonight and not up to the high standard they had set last time. There was mistakes and tiredness creeping in to their performance but they were good nonetheless.