On Thursday, I was off to Clwb Ifor Bach to see Holding Absence at their sold out hometown show! I’m going to say now that the gig was insanely good! All bands smashed it and I really enjoyed myself. I went to the gig only knowing Holding Absence and Nightlives. I heard a lot of […] 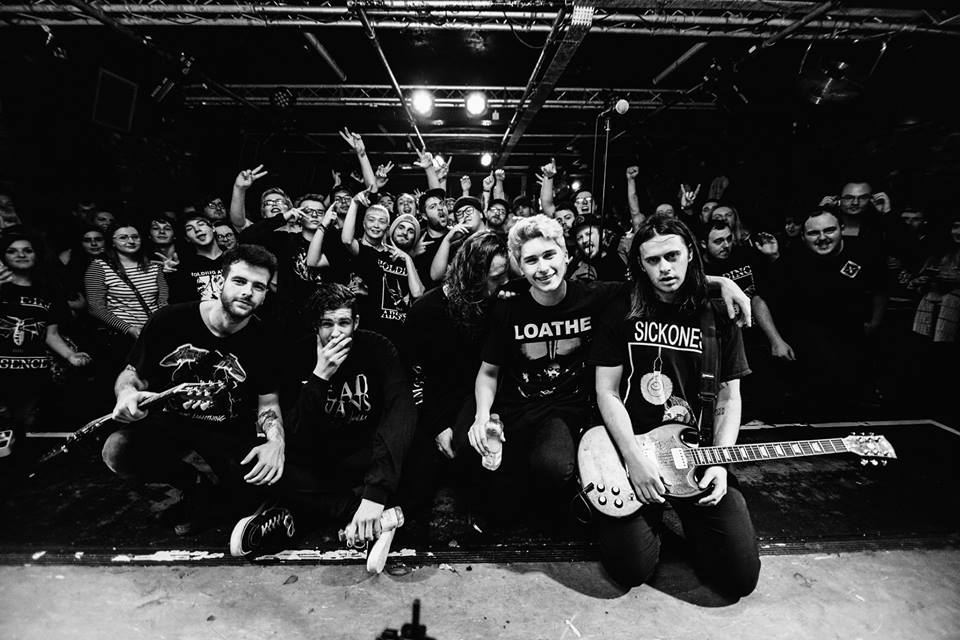 On Thursday, I was off to Clwb Ifor Bach to see Holding Absence at their sold out hometown show! I’m going to say now that the gig was insanely good! All bands smashed it and I really enjoyed myself. I went to the gig only knowing Holding Absence and Nightlives. I heard a lot of good things about Continents and it was nice to see them live and hear their sound!

First up were electro-punk trio Nightlives from South Wales. These guys are a bunch of my good friends and their set was so good like always! They had a pretty good crowd and vocalist Dafydd tried to get some interaction with the crowd. The set was full of smooth guitar riffs followed swiftly by a guitar solo from Ryan and some awesome drums from Caleb. These never fail to impress me, their set always fires up the crowd. And they definitely warmed up the crowd. They battled through a tight setlist including a cover of Rage Against the Machine‘s Know Your Enemy and their debut single Tierra Muerta. Overall awesome set!
Setlist – Trivialise Remix Intro, Trivialise, Know Your Enemy (Rage Against the Machine cover), Demogorgon, Tierra Muerta, The Forest.

Next up were metal-hardcore quartet Continents from South Wales. Their drummer left a few weeks back so Scott filled in for this show after two practices and when I found out I was amazed because he was so good and moulded well with them! This was definitely the heaviest band of the night. I’d recently heard good things about them and finally seeing them live was great! The set was full of impressive, heavy and crisp vocals from vocalist, Phil. The guitars and drums were very catchy and powerful. Phil did a great job at keeping the crowd interested and got the crowd to interact by clapping and headbanging along. The set ended with a moshpit and Phil crowd surfing! (Never seen a crowd surfer in Clwb, so big up Phil).
Setlist – Drowned in hate, Idle hands, Regrets/lions den, Life of misery, Loathe, Trials, Awakening, Alone, Pegasus, II

The night seemed to fly by! Before I knew it, the melodic hardcore quintet Holding Absence took to the stage and the crowd cheered almost instantly! The opening track ‘A Godsend‘ showed off Lucas’ very melodic, clean high notes which filled the ever so quiet room to let his voice be heard! The contrast between Lucas’s clean vocals and his screams was good to hear! The crowd got involved during the already released tracks ‘Dream of me‘ and ‘Permanent‘ singing along! I was right at the back so I couldnt see much but from what I heard, the bass and guitar riffs were awesome and so were the drums. Some songs were unreleased but they were still catchy! This band is definitely going places and I’m happy and wil always support them through everything! With Lucas being the new vocalist I think they’ve just naturally moulded together well and i really enjoyed this new sound for the guys!
Setlist – A Godsend, Permanent, Morality, Dream Of Me, Everything and Penance.