Hellyeah were formed in 2006. Undeniable is the bands fifth release and what a release it is. Undeniable is an album full of heavy guitar riffs with outstanding drums accompanied by a good rhythm and quality of vocals. An album that fans of all forms of metal will love. 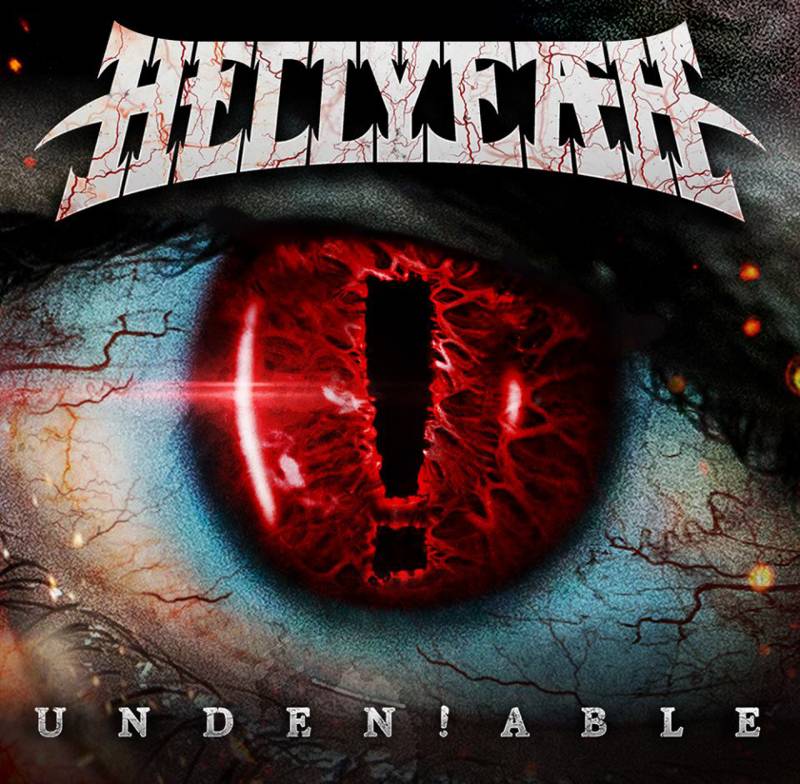 Hellyeah were formed in 2006. The supergroup consists of Mudvayne vocalist Chad Gray, Nothingface guitarist Tom Maxwell, bassist Kyle Sanders, guitarist Christian Bray and former Pantera and Damageplan drummer Vinnie Paul. Undeniable is the bands fifth release and what a release it is.

While the album is full of amazing songs, stand out tracks include “Scratch a Lie”, single “Human”, “Leap of Faith”, which may actually be one of the best songs on the album. “Blood Plague” and “STARTARIOT”, which will no doubt have a wall of death, provide us with the fast paced, mosh pit songs that are brought more to life with the outstanding guitar solos that are provided. Then there is a change in tempo with their cover of Phil Collins’ song “I Don’t Care Anymore”, which features guitar parts from the late Pantera and Damageplan guitarist, the legend himself, Dimebag Darrell and “Love Falls” making them two of the slower songs on the album. Both of these songs show how Chad can convey the passion he feels through his voice alone. The album then finishes off with the dark, raucous “Grave”, a song, like “STARTARIOT”, that will no doubt have a wall of death.

Undeniable is an album full of heavy guitar riffs with outstanding drums accompanied by a good rhythm and quality of vocals, that are more experimental on this album compared to previous ones. Although all are talented musicians in their own right, it is evident that throughout the years Hellyeah have harnessed their abilities, both lyrically and musically but also as a band they feel tighter as a unit. Undeniable is the best album to date the band have released and there is no doubt that they will go from strength to strength. Fans of all forms of metal will love this album.