To see Halestorm announcing a UK arena tour just a year after playing much smaller venues was a shock, and it meant they’d for sure have to be bringing some heavy hitters with them. These came in the form of In This Moment and New Years Day, who have both commanded a mass following for many years, but also bring something much different to the table both musically and in the performance of said music. 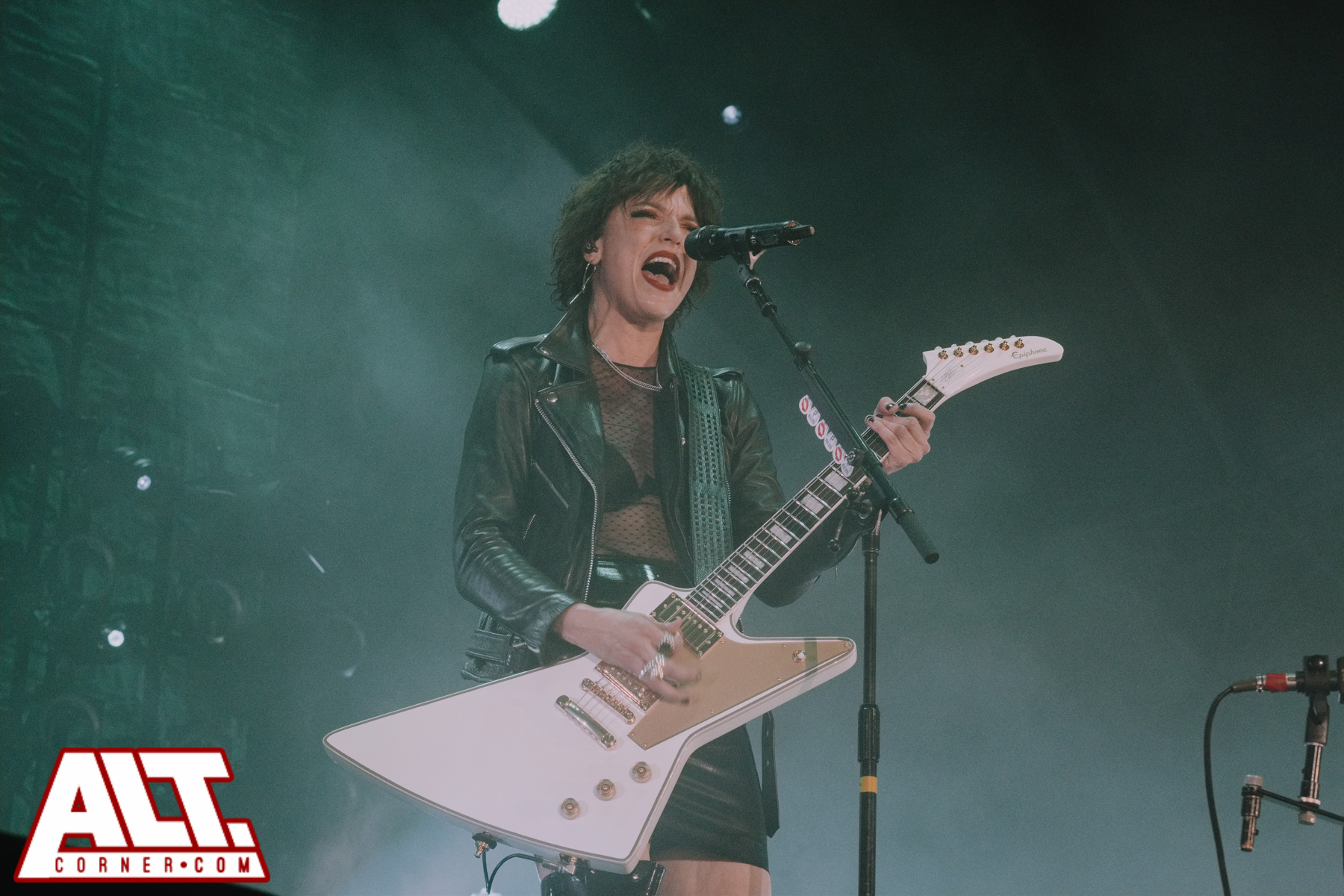 New Years Day opened the night, naturally, and opened with the lewdly titled ‘Come For Me’. Bouncing around the stage like a madwoman, Ash Costello attempted to inject the crowd with energy, but to no avail. Despite being a truly talented singer, and the band being masters of their respective instruments, New Years Day fail to present much excitement into their live performance. Despite ‘Skeletons’ being an enjoyable, energetic track, one can’t forget that it’s just as easy to listen to the songs at home, or out and about if you remember to download the album on [insert streaming service of choice].

In This Moment brought a sense of theatrics to the stage, with smoke and mesmeric synchronised dancers and Maria Brink performing the opener from the cocoon of a veil. A haunting and frightening performance of ‘River Of Fire’ followed, and Maria’s changing outfit and character merged seamlessly, her absence covered by smoke or, when we were lucky, some guitar solos. ‘Big Bad Wolf’ was undoubtedly the highlight of the night, along with the preaching and performing of ‘Whore’ from a makeshift lectern with the profane title scrawled down it. The message was received, loud and clear, and very much enjoyed. We could’ve done with a performance of ‘Black Wedding’, though.

After witnessing In This Moment, I expected Halestorm to struggle to live up to such a brilliant performance, but they surpassed it with ease. A no-nonsense rock ‘n’ roll band with a singer whose lungs seem to have infinite capacity, Halestorm rocked Nottingham for an hour and a half. Opening with ‘Freak Like Me’ was a nice surprise, and it was a pleasure to not have a setlist saturated with too many tracks from recent (and weakest) offering ‘Vicious’.

Arejay Hale is a pleasure to watch on the drums, oftentimes distracting from centre stage with his skills and shades (in a dark arena…). His drum solo is of the best I’ve ever witnessed, including a section where he pulls out massively oversized drumsticks and proceeds to perform with just as much skill as if nothing at all is amiss. Overlong guitar solos didn’t feel long enough. ‘Amen’ and ‘Apocalyptic’ and ‘I Am The Fire’ from underrated (best) album ‘Into The Wild Life’ added an extra spark to a near perfect set. All they really needed to do was drop the horrendous ‘Do Not Disturb’ and instead play ‘I Like It Heavy’, and it could’ve been up there with one of the best sets ever played.

A moving piano medley plus ‘Here’s To Us’ and ‘I Miss The Misery’ closed the night perfectly; a brilliant performance from a band who clearly enjoyed every second of it.