Green Day at The O2 Arena

Let’s get the most important thing out the way: Billie Joe Armstrong said on Instagram that this was one of his favourite shows ever. One of my all time favorite shows.. London!! See you at Hyde park!! A video posted by Billie Joe Armstrong (@billiejoearmstrong) on Feb 8, 2017 at 4:54pm PST Opening with ‘Know […] 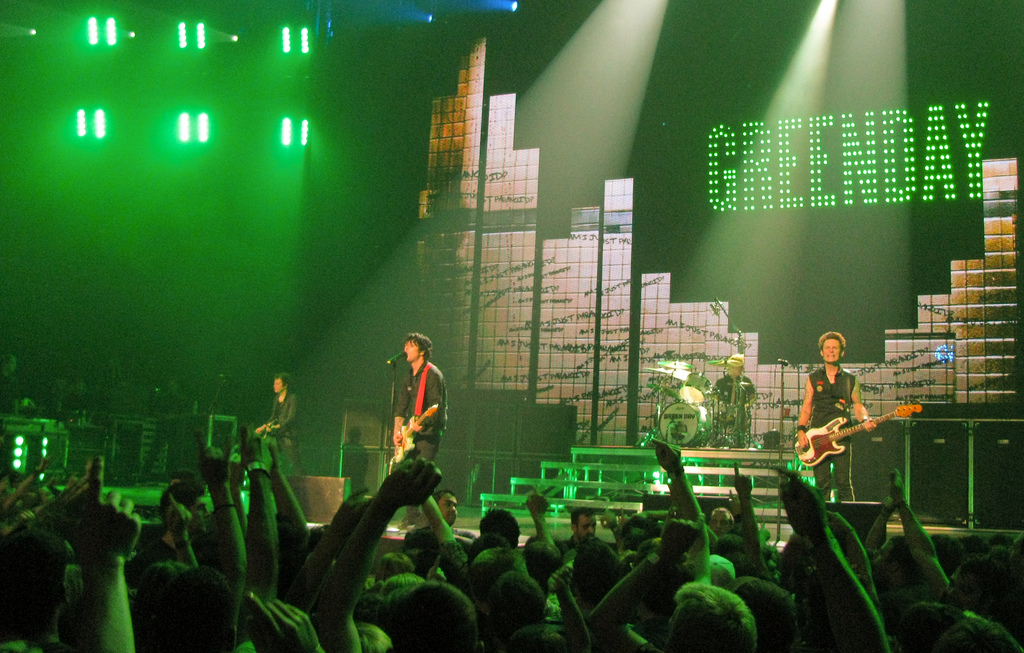 Let’s get the most important thing out the way: Billie Joe Armstrong said on Instagram that this was one of his favourite shows ever.

One of my all time favorite shows.. London!! See you at Hyde park!!

Opening with ‘Know Your Enemy’, the crowd went insane. The levels of energy were insanely high and stayed that way until the final note of ‘Good Riddance’. I really am trying my best to think of words to describe the gig – but even with a thesaurus in front of me, I can’t. There really are no words to describe how phenomenal the gig was. Every single element of the show was powerful: the music, the performance, the crowd, the speeches, and the most perfect circle pit I have ever seen. Not even kidding, it was a perfect circle. Green Day inspired greatness not just in themselves, but in the 20,000-odd people there.

Green Day have enough great songs to make up about 7 different sets full of fan favourites, but picking the absolute top tracks from their discography, they did an amazing job. With several ‘WEY-HO’s added in the middle of songs, the whole crowd was involved, and screaming along to every word. Green Day are also the only band who could combine ‘Hey Jude’, ‘Always Look on the Bright Side of Life’, ‘Teenage Dreams’, and ‘Careless Whisper’ with ‘King for a Day’ and ‘Shout’. Everything they do just works.

Their performance was outstanding. They were perfect showmen, who also had the energy to run around the stage without missing a beat for the whole set. Their ever-changing back drop along with bursts of flames in time with the music also made it that much more exciting. They would have been great with just them singing on a bare stage, but the pyrotechnics were definitely appreciated.

I would name highlights, but that would be naming basically every single song. Highlights of the highlights would have to be ‘St Jimmy’, ‘Jesus of Suburbia’, ‘Minority’, ‘Waiting’, ‘Basket Case’, ‘Boulevard of Broken Dreams’, and the ‘King for a Day’ mash-up. It says a lot when 99% of a two-and-a-half-hour set is a highlight.

For everyone there, it was the experience of a lifetime – but for some people, it was the experience of about 100 lifetimes. A select few lucky fans were invited to join the band onstage for a few songs. One notable fan was a girl who was carried onto stage to play guitar, and then got to keep the guitar. Luckiest girl in the world. You can tell the band love their fans every single bit as much as we love them. The shout-outs, thank yous, and speeches did more than enough to ensure that everyone felt like they belonged.

The speeches definitely deserve a mention. It’s not a secret that Green Day have strong opinions about politics, but with all the chaos in America, it all felt especially relevant. It isn’t just their music that inspires fans, it’s their actions, too. Telling everyone to be proud of who they are, waving the LGBT flag on stage, and preaching love really makes you feel something extraordinary.

Green Day performed for two-and-a-half hours straight, with one of the most powerful performances I’ve ever had the joy of witnessing. It was so much more than just a gig. I don’t think a single person left the arena feeling uninspired or sad. For every single emo/ alternative/ punk rock/ pop punk person there, it felt like everyone belonged which was something special.