Ashwin Reviews the Gnarwolves at Camden Lock… the set was way too short for all the hassle and commitment people had slacked off for. 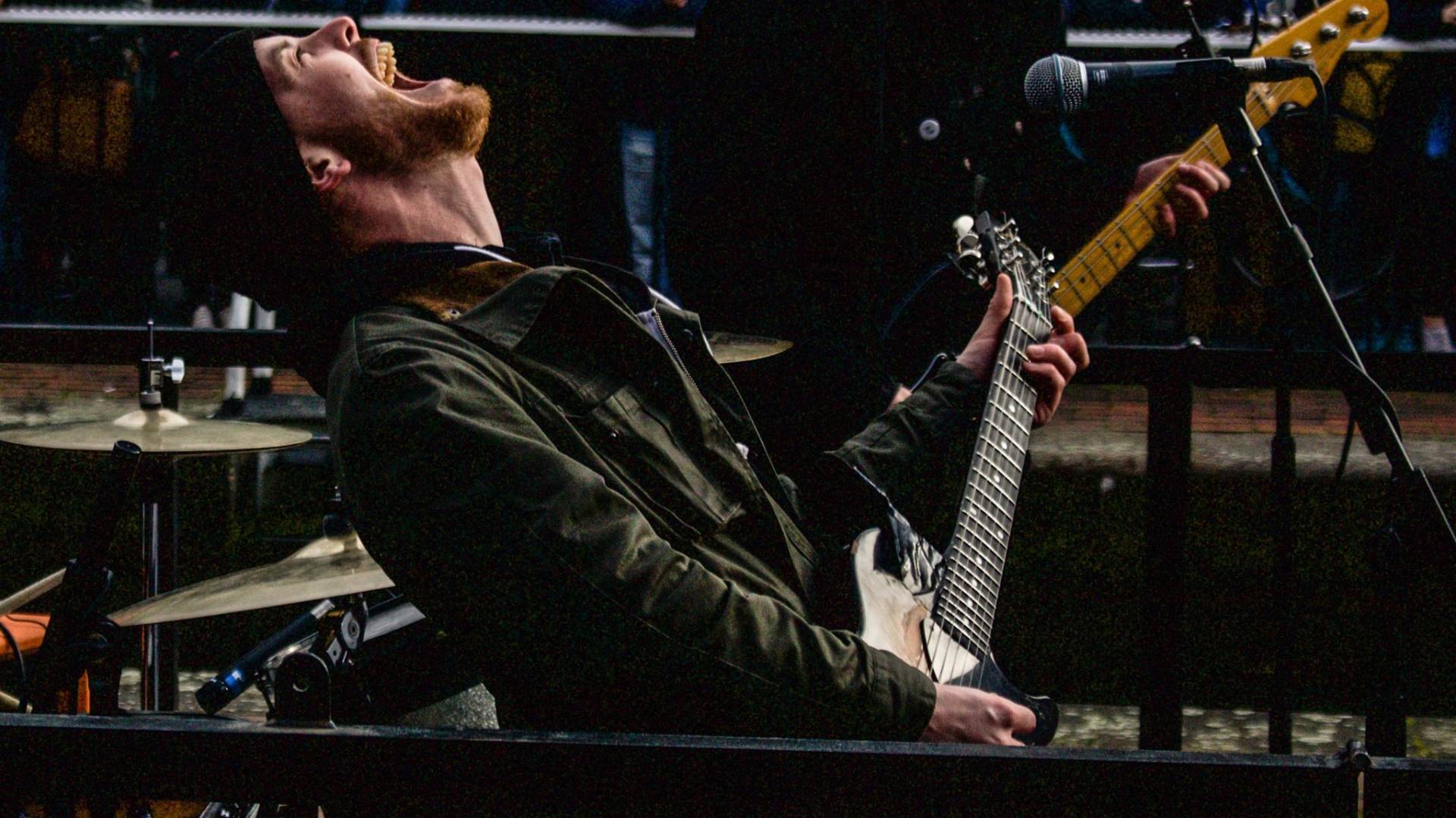 Last minute shows can be somewhat of a conundrum at times. Whether it’s at a town hall, your mates’s living room, or even at a school, it’s a nice little change from the normality of a venue. That being said, the impromptu nature of these shows can mean that sometimes plans fall through, and things can be very difficult for the audience, the promoter, and the artists themselves.

I arrived at Camden Lock at 12:30, rushing around with my friends trying to find exactly where the gruff Brighton lads would be performing. During this time, we all kept asking ourselves, would we be allowed on the boat? How long is the set going to be? In some ways it had already been slightly misleading based upon the Facebook post the band had made on the Friday. This meant for people like my friend Isha, getting there was a frustrating experience.

“I woke up at 5am and booked the first coach to London. With the misleading poster of them playing a “boat show” my first thoughts were, “Oh sick an actual boat show”, however standing by the barriers of the Lock while the band played a 4 song set on a boat, wasn’t exactly what I had pictured. ”

By 20 minutes past 1, people had started to become disgruntled by the fact that the band were refusing to explain where they were, why they were late, and exactly what the hell was going on. A friendly security guard at Dingwalls with a radio kept telling us that they were ‘on their way’, and that wiring in the propeller of the boat had prevented them from getting there on time.

An hour later, a smallish Dr Martens boat emerged into the lock, with avid Gnarwolves fans crowding around in participation, and tourists looking bewildered and confused that something different from the mundane routine of shopping was about to happen.

Finally, after a brief apology, Gnarwolves got stuck into track 5 from their debut self titled LP, ‘Bottle To Bottle’. Fans were finger pointing along, tourists were having a blast/being incredibly confused by the whole ordeal, and passers by were getting increasingly annoyed at the idea of their path being blocked by people who were there to have fun.

The group went on to perform most of their newest work, with ‘Melody Has Big Plans’ only being one of their oldest, from their 2013 ‘Funemployed’ EP. However, the set was way too short for all the hassle and commitment people had slacked off for. That being said, not everything was disappointing. The whole lock was filled with people, fans or tourist, enjoying a once in a lifetime experience, and if anything, this was a fantastic way of getting more people into one of the most hard working UK bands of our generation.