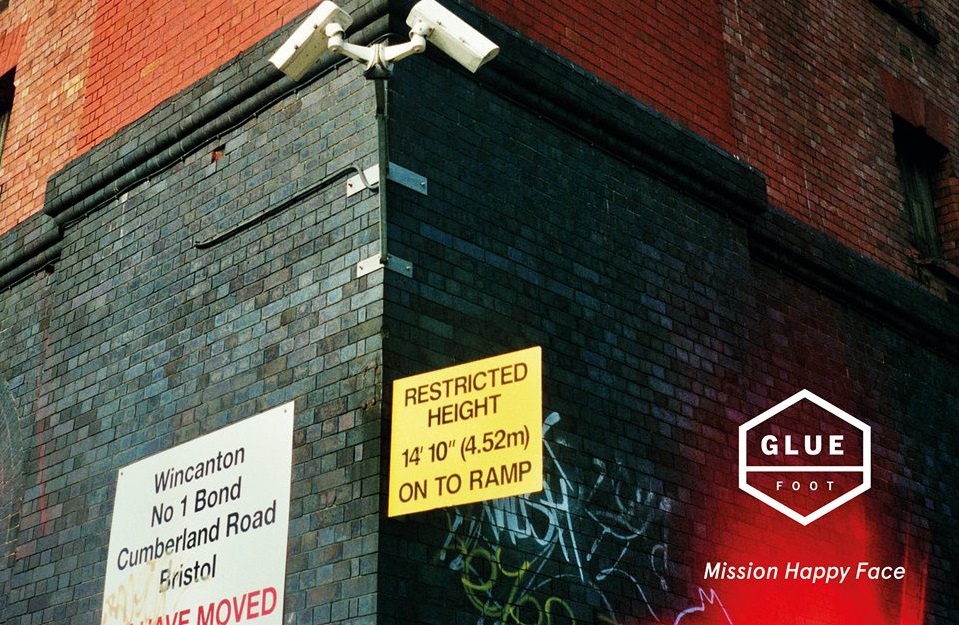 Glue Foot were formed in May of 2014. The Cardiff based 3-piece consisting of Matt Fleet, Shyam Pankhania and Joe Cooke released their 4 track EP ‘Mission Happy Face’ in September.

‘Mission Happy Face’ consists of 4 carefully crafted and beautifully composed tracks which deliver a real 90’s throwback. The first track is ‘Face The Sun’ which is a perfect opener and sets the tone for the rest of the EP. It’s a song that stands up against many of the American pop-punk and alternative rock heavy weights. Vocalist, Matt Fleet possesses a strikingly similar sounding voice to Stacy Jones of American Hi-Fi when he hits high notes and most notably sings the chorus.

Next comes ‘Mission Happy Face’ which is like jumping into a time machine and shooting yourself back to 1994 when Green Day released ‘Dookie’. This is because it sounds like a song that would slot right into this iconic album which in itself means Glue Foot have created a great song. The chorus is catchy and easy to learn so it makes it a track that you will consistently keep coming back to so you can sing a long.

On the flipside of the EP comes ‘Hole’ which is a departure from the ‘sound’ in which Glue Foot have accustomed themselves to on the other 3 tracks. This track which is the third song on the EP serves as a more lyric and acoustic driven song that is Glue Foot’s Good Riddance(Time of Your Life) type song.

The last track of the EP is the self titled ‘Glue Foot’ which is a punk feast where drummer Joe Cooke delievers a fantastic beat which is perfectly overlaid by great bass and guitar/vocals from Syham Pankhania and Matt Fleet respectively. As a self titled song, you’d expect this to be a perfect example of what Glue Foot are and what you can expect and they’ve hit the nail on the head as it’s a perfect flag ship song.

‘Mission Happy Face’ is an EP that delivers a true throwback in terms of it’s obvious origin for inspiration but Glue Foot modernize the 90’s Pop Punk sound with their own take on it. Serving as the British answer to American Hi-Fi and Green Day, Glue Foot really have some unquestionable potential and if this EP is anything to go by they are in for a very bright future.