Gloryhammer at Nottingham Rescue Rooms was an eye-opening gig experience. With support from Beast In Black and Italian metal act Windrose, it was a stacked bill for sure. 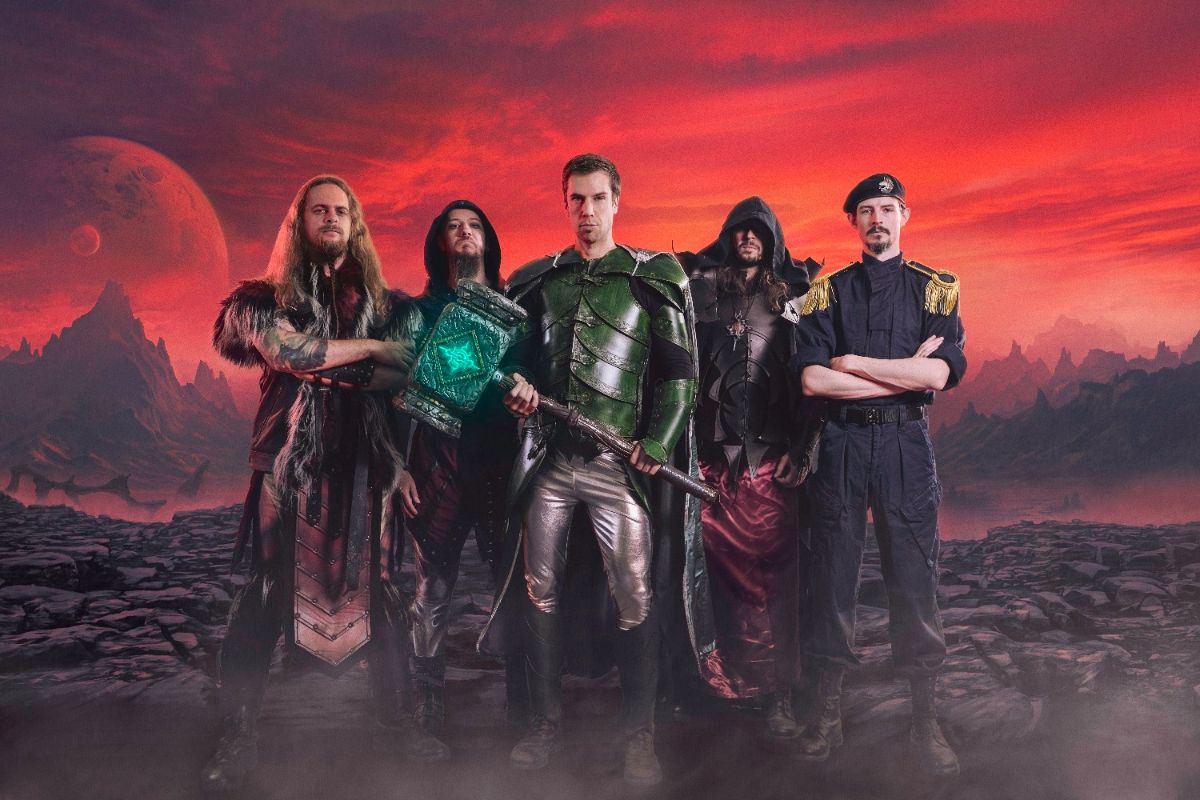 Windrose opened up the night in theatrical, almost Viking fashion. With talented and harmonious backing vocalists and a frontman who seemed very much at home leading a metal charge, they were certainly an enjoyable half hour. The test for a band I’ve never listened to before is always easy, was I bored? No, I certainly wasn’t, not for a second. A quick chat with said frontman afterwards informed me that Italy doesn’t have a metal scene, which is deeply sad. Many Italians are missing out.

Beast In Black took the stage second, opening up with absolute anthem ‘Cry Out For A Hero‘. From that first bit of riffage they didn’t let up, smashing through banger after banger of pure heavy metal. Yannis Papadopoulos is a very, very versatile and talented vocalist, harking back to the glory days of Rob Halford and Bruce Dickinson, to name but a few. The twin guitar assault created a wall of sound in the best way, and even at the very back the drummer seemed to be having a party. When your set has choruses as big as those in ‘Sweet True Lies‘, ‘Blind And Frozen‘ and ‘Die By The Blade‘, it’s really hard to not be the highlight of the night. It’s not a debate that Beast In Black set the bar very high for Gloryhammer, but I didn’t really expect anything less from them.

Speaking of Gloryhammer, their opening consisted of a cardboard cut-out of Tom Jones serenading the crowd, before they burst onto stage clad in their respective costumes. ‘Angus McFife‘ is a true sing along anthem, and sing along the crowd did. They even sent an audience member crowd-surfing to the back to get a beer, which was used to refuel their cyborg bassist.

Though the band’s lyrics (and oftentimes song titles) are ridiculous, the music itself is very, very good, and the performance of said music is, without doubt, wonderful. It was like watching, nay, being part of, a heavy metal comic book. Which is a strange, strange thing to experience.