Frank Carter and The Rattlesnakes @ The Wedgewood Rooms

Frank Carter and The Rattlesnakes bought their highly successful version of alternative punk to the Wedgewood Rooms as part of their sold out UK tour. Opening the bill were Blackpool alt stoner rockers, Strange Bones. Their big riffs and hyperactive frontman were a perfect fit for an opening band in an intimate venue such as […] 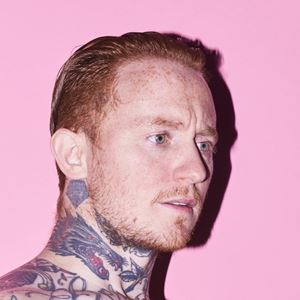 Frank Carter and The Rattlesnakes bought their highly successful version of alternative punk to the Wedgewood Rooms as part of their sold out UK tour.

Opening the bill were Blackpool alt stoner rockers, Strange Bones. Their big riffs and hyperactive frontman were a perfect fit for an opening band in an intimate venue such as the Wedgewood Rooms. While sometimes the climbing into and walking amongst the crowd didn’t cause the sort excitement that some bands might, the sheer energy of their set started the night brilliantly.

Main support came from Brighton based alternative rock band Yonaka. A unique band who seem to blend 90s style riff based alt rock with a female almost popstar esque frontwoman. Whilst in some aspects they are comparable to No Doubt, there is something unashamedly British about them. The crowd were at first a bit perplexed at the music being played in front of them, however it didn’t take long for them to become engrossed in the music, particularly with the immense stage presence of frontwoman, Theresa Jarvis. This unique blend, is not quite perfected yet, but the sheer potential for this band was there for the crowd to see who showed their appreciation.

As the Wedgewood Rooms reached capacity, the lights went down and up stepped Frank Carter and The Rattlensakes. Opening with Snake eyes, lead single from the brilliant Modern Ruin, the band flew out the traps. Following that with Trouble and Juggernaut, which whipped the crowd into a wild frenzy. Almost a staple of his set now is dedicating Modern Ruin to female concert goers, and duly encouraging them to crowd surf. This was a strong opening to what was going to be a brilliant set. Consisting of songs mostly from Modern Ruin, the addition of Fangs from debut album Blossom went down a storm with the crowd. The final song of the set Neon Rust, was a brilliant end, with the build to the crescendo mesmerising the crowd, with everyone screaming the words to the song. After a chant from the crowd encouraged the encore, Frank Carter took to the stage to play Bluebelle, a song dedicated to his dog. Following this the rest of the band returned to the stage and closed the night with a run of Lullaby, Devil Inside Me and what has now become his sing-a-long anthem I Hate You.

This was a brilliant set from experienced musicians in a new band that is almost certainly destined for bigger things, something that is highlighted in the announcement of a December tour which includes a stop at Brixton. If you haven’t seen Frank Carter and The Rattlesnakes yet make sure you attend those shows, as they are undoubtedly one of the best live bands around at the moment.