Heading over to the Rebellion in Manchester, I was excited to see one of the bands that had blew me away last year…Forever Still. 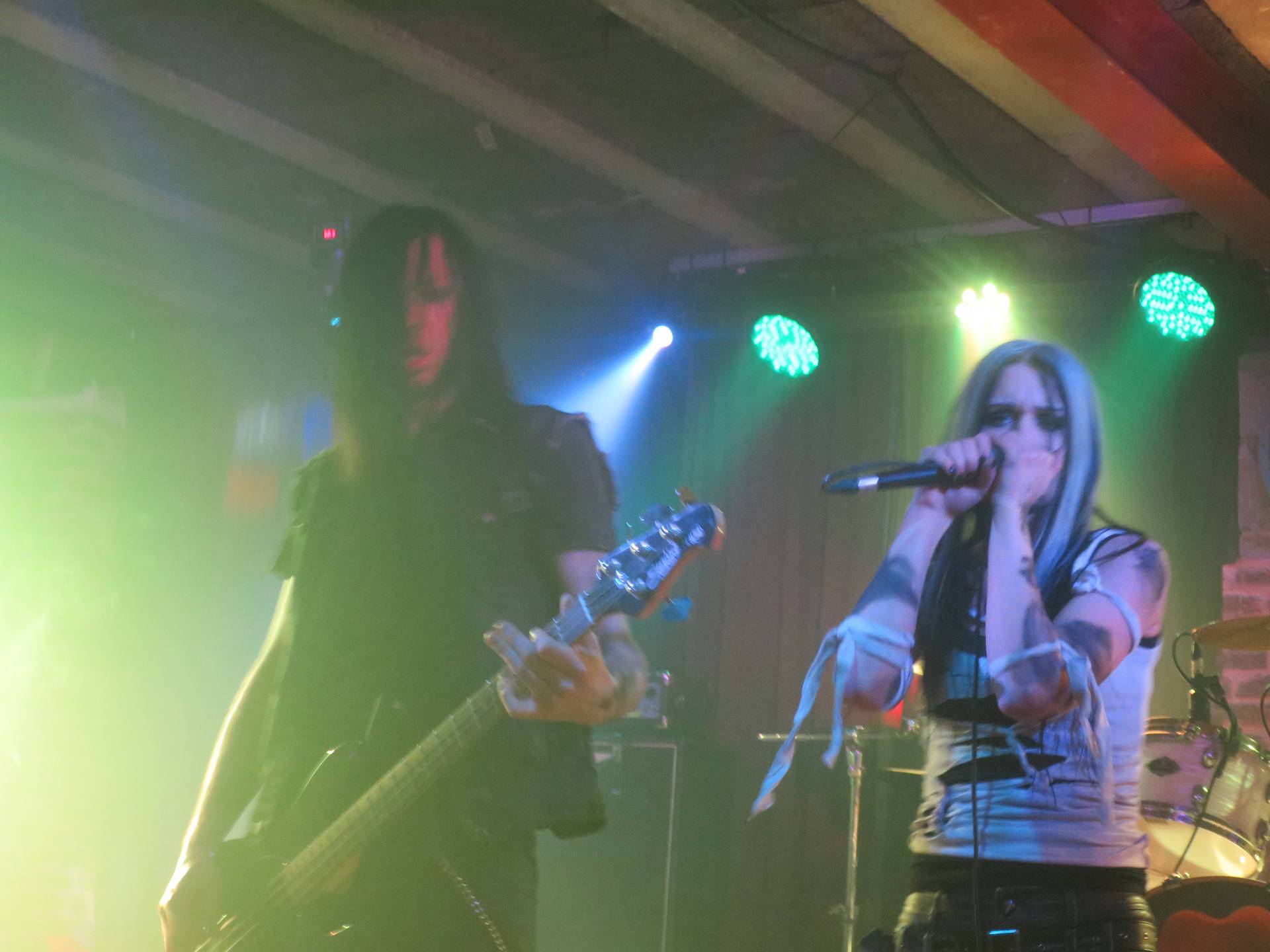 Heading over to the Rebellion in Manchester, I was excited to see one of the bands that had blew me away last year…Forever Still.

The night started off with Greenfire and their opening song is best described as one that is forgettable. It’s not that it was bad, it’s just that it was uninspiring. Their second song was their latest single and it started off good and fell back to boring unfortunately. The next song showed promise, there was a great guitar intro and a good guitar solo but, that was the only bright spark of this set. Good song intros and the then dialing it back once the vocals hit seemed to be a regular occurence. They were tight with their playing and the vocalist voice was good but the set did nothing to set a fire within me. (3/10)

Up next was a band I had been warned about and they did not disappoint. Mr Shriaz came out and took the crowd by the scruff of the neck and took everyone for a ride. The singer Mikey interacted with the crowd, talking to everyone giving people nicknames, and generally making sure that all in attendance were having fun. He is like a compere at a comedy club, making sure you don’t have your phone out between songs making notes about the band for a review or you will get picked on (trust me!). Their music is good too, groovy with heavy riffs. They seem to want to cover every genre of music and do a good job of it. With songs like,  ‘21 Grams‘, ‘Cusack‘ and ‘Nobody Puts Swayze in the Corner‘ it’s clear to see they are there for the fun and give zero fucks if you don’t like them.
(7/10)

Highlight of the night was Forever Still, the band that I and everyone else had come to see. They started their set with ‘Break the Glass‘ and from that moment onwards you could feel the hair on everyones neck stand up on end. The band has had a line up change since the last time I saw them play with Maja Partsch joining them on guitar and Dennis Stockmarr on drums. Maja sees to have the soul of a rock god; having the ability to make her guitar scream. And even when she had the age old problem that seems to plague a lot of guitarists; the strap breaking on the guitar, where most would go down on one knee and play the guitar in that position for the rest of the song, she held it vertically and played out the rest of the song in badass fashion.  With Maja Shining on vocals they have a very special talent. Being able to sing and hold a note in a vocal style that reminds me of Amy Lee of Evanescence but with the ability to switch into a scream akin to Corey Taylor from Slipknot…impressive stuff! The highlight of the set was ‘The Key‘, this song is one that has to be experienced live as it showcases just how good the band are. They ended their set with ‘Once Upon A Nightmare‘ which is a melodic track in which Maja takes you on a rollercoaster ride with her vocals. With the crowd screaming for “One more song!” Forever Still return to the stage and played ‘Scar‘ which hits you like a two hit combo, first guitar and then vocal.  This band is going places and you should go and see them now why they are still playing small venues before they start playing big arenas.
(8/10)