I really would struggle to pick a favourite song, but highlights have to be Interlude, Hades, We Must Obey, and Breathe The Fire; but every song on the 10-track album packs a punch and had me headbanging in my tiny university room. 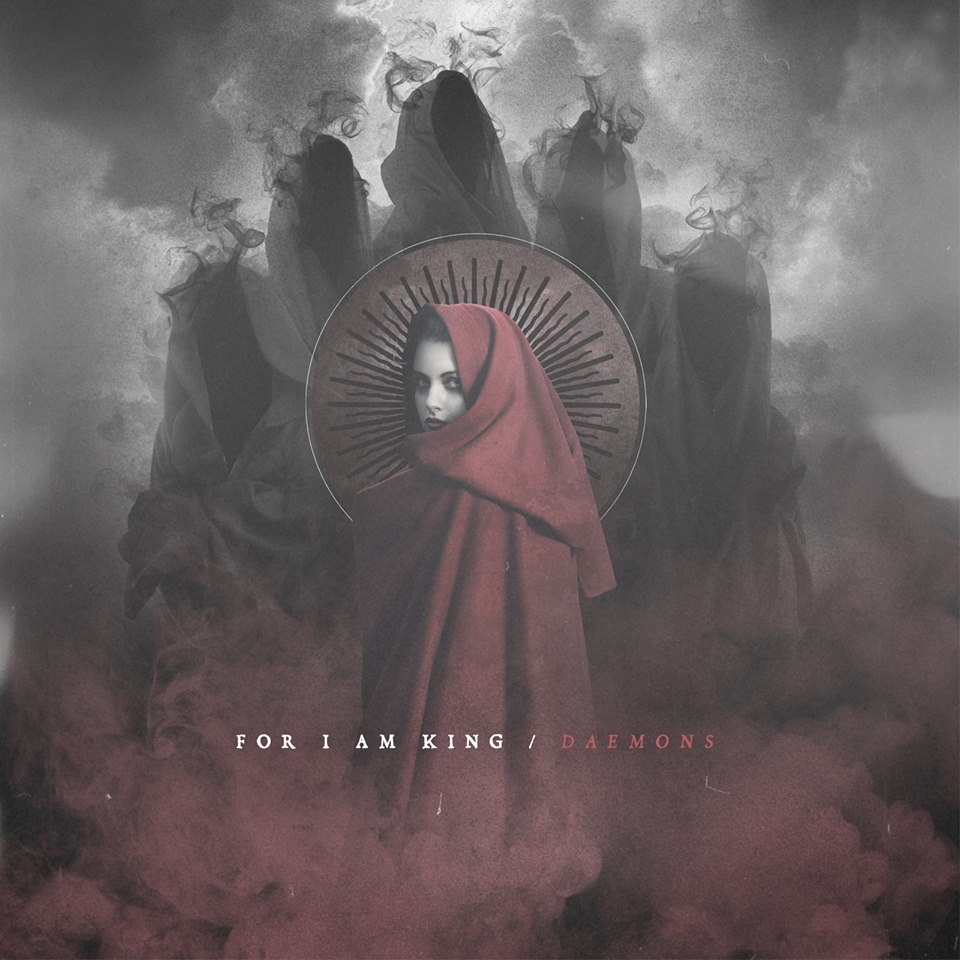 For I am King are a metal five-piece Dutch band and their debut album, ‘Daemons’ is amazing.

The first thing I am going to mention is the band’s astounding musical ability. Seriously. Alma’s vocals could rival that of Atilla’s Chris Fronzack and Architects’ Sam Carter. Don’t underestimate the power of that woman’s voice. Guitarists Jurgen and Wouter create intricate melodies with detailed riffs, face-melting solos and thrashing guitar, along with bassist Jasper. Jaap also deserves some mention, because his fast paced and thunderous double-pedal drumming was just really good throughout.

The songs combined all the band’s musical talent to create masterpieces of really good heavy metal, broken up with small lighter sections – the album does actually have an interlude, too. Their breakdowns, especially in ‘Lost in Divinity’ with its build up and half-time breakdown are the kind I could see arenas violently moshing to.

The album has a really consistent sound, if I didn’t know this was For I am King’s first album, I wouldn’t have been able to tell, as they’ve really honed in on a heavy sound that works; bringing metalcore vocals and hardcore guitars together perfectly. I wasn’t sure what to expect when the first song, ‘Black Death’ began with just a piano; but then suddenly the insane guitars and vocals came in, and the next 37 minutes were beautiful. The heavy vocals juxtaposed with the more delicate guitar made it all really interesting to listen to and had me hooked for the entire album.

I really would struggle to pick a favourite song, but highlights have to be Interlude, Hades, We Must Obey, and Breathe The Fire; but every song on the 10-track album packs a punch and had me headbanging in my tiny university room.

I was generally pretty impressed with this album, especially considering it’s the band’s debut! I’m excited to hear what more they have in store for us next.