Follow You Home, Live at The Hairy Dog, Derby

Kicking off the night was Sixth Letter. This Rap metal or should I call it nu-metal band came out firing on all cylinders. Along with their music were very fun and entertaining jokes I’m sure I would have got if I was a local. Not sure what “fuck the cheeses” is about but, when in […] 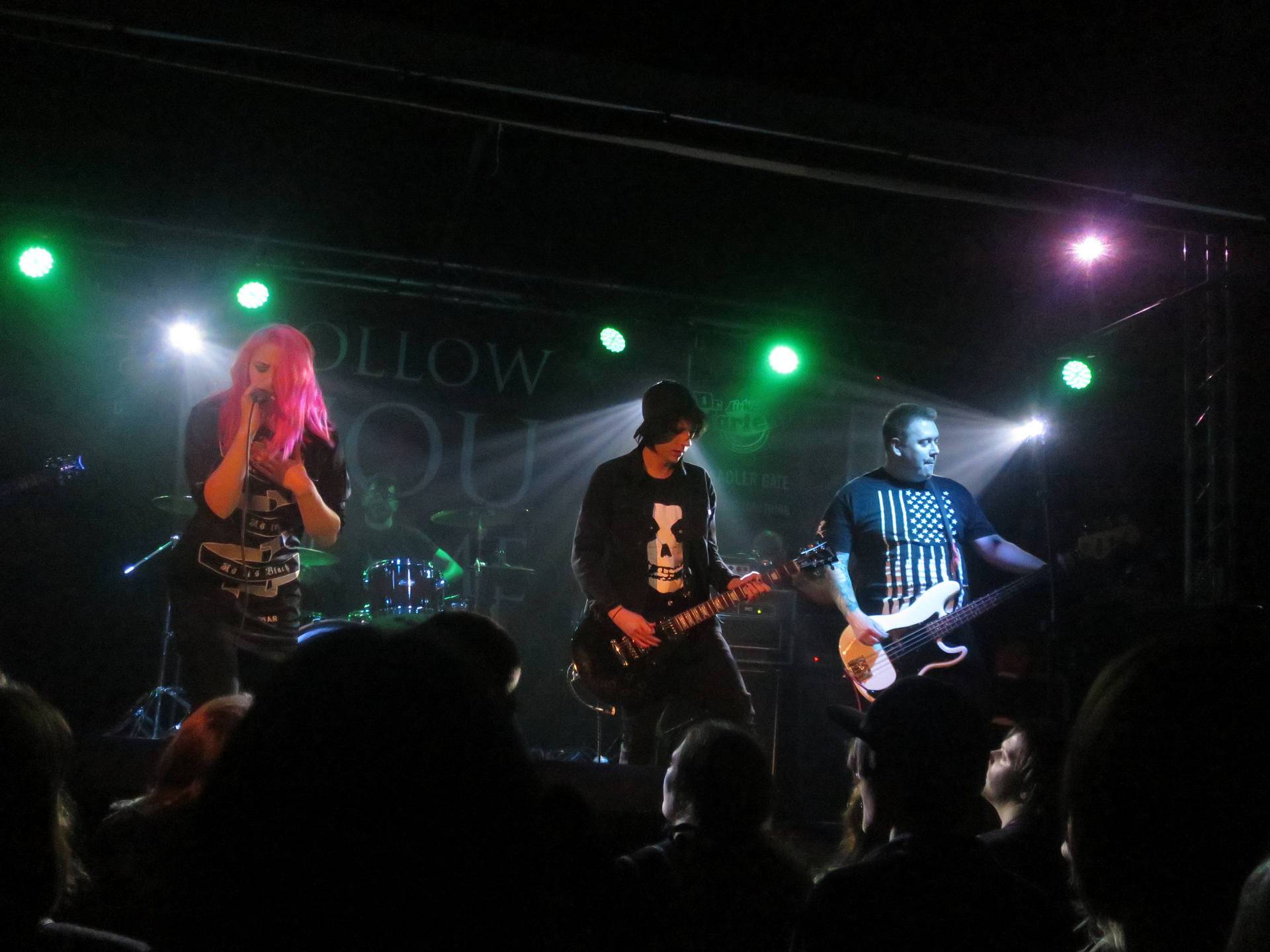 Kicking off the night was Sixth Letter. This Rap metal or should I call it nu-metal band came out firing on all cylinders. Along with their music were very fun and entertaining jokes I’m sure I would have got if I was a local. Not sure what “fuck the cheeses” is about but, when in Rome. They are not my cup of tea, and as fun they are, the set dragged near the end after the joke had all been said. As they were a three piece I wasn’t sure if they were using a bass backing track or a emulator but, this did not affect my enjoyment of their set, but I felt the drumming was missing the percussion to play off. If nu-metal is your thing then they are worth checking out.
6/10

The next band A Hundred Crowns really disappointed me. This “screamo” band as I don’t want to call them hardcore or post-hardcore as I don’t want to insult bands in that genre. They played a formula that is now a tried and tested sound up and down this country, thankfully they weren’t completely old school with the clean vocal was not just a second vocals, if this had been the case, I would have felt bad for them. Let me start again with this. What they played was good. I enjoyed it to a point. But the sound they play, I have heard many bands up and down this country and for many years. It will get them gigs but, that sound like the others who have played it before them it not a sound that is do much for them. What was the frustrating thing for me about them over the other bands I have heard play this recently is this: they clearly have the technical ability to do so much more than play in the pigeonhole they have set themselves in.
6/10

In good contrast For the Kill cam out and played some good old fashion rock. The really heavy drums that spoke to me and it was good. They had a good mix of guitar solos but didn’t over use them. The singer has good clear vocals and that drags you in and he is clearly an entertainer, and all he needs is the chicken walk to be Jagger on stage. But for all this, either due to partaking too much of the rider or not enough practice these guys were out of sync at times and had timing issues and came in too early on a lot of tracks.
7/10

For the headliners tonight Follow You Home were either playing this as reunion/proper farewell show (only time will tell). They exude energy on the stage that seeps into the crowd and was making the crowd jump, dance and scream out the lyrics of every song. Their heavy sound just seems to perminate my bones and the heavy beat eats into my heart beat changing the rhythm to match that of every drum Beat. Their songs still have that powerful lyrical punch which are expertly delivered. As a band they could have sat on their laurels and just played the songs as it is but, they mix it up with a few new intros and tempo changes. With all that being said the set was not without fault, Buzzby (vocalist) at time struggled to keep going showing that she had almost left it too long to get back into gigging. The others were not without fault but to go into every one would be nit picking but, at times they seemed to be out of sync. But overall there sound is still relevant and they could (but it is unlikely) come back into the scene and with a bit of hard work and in time be back at the peak they reached before their split.
8/10